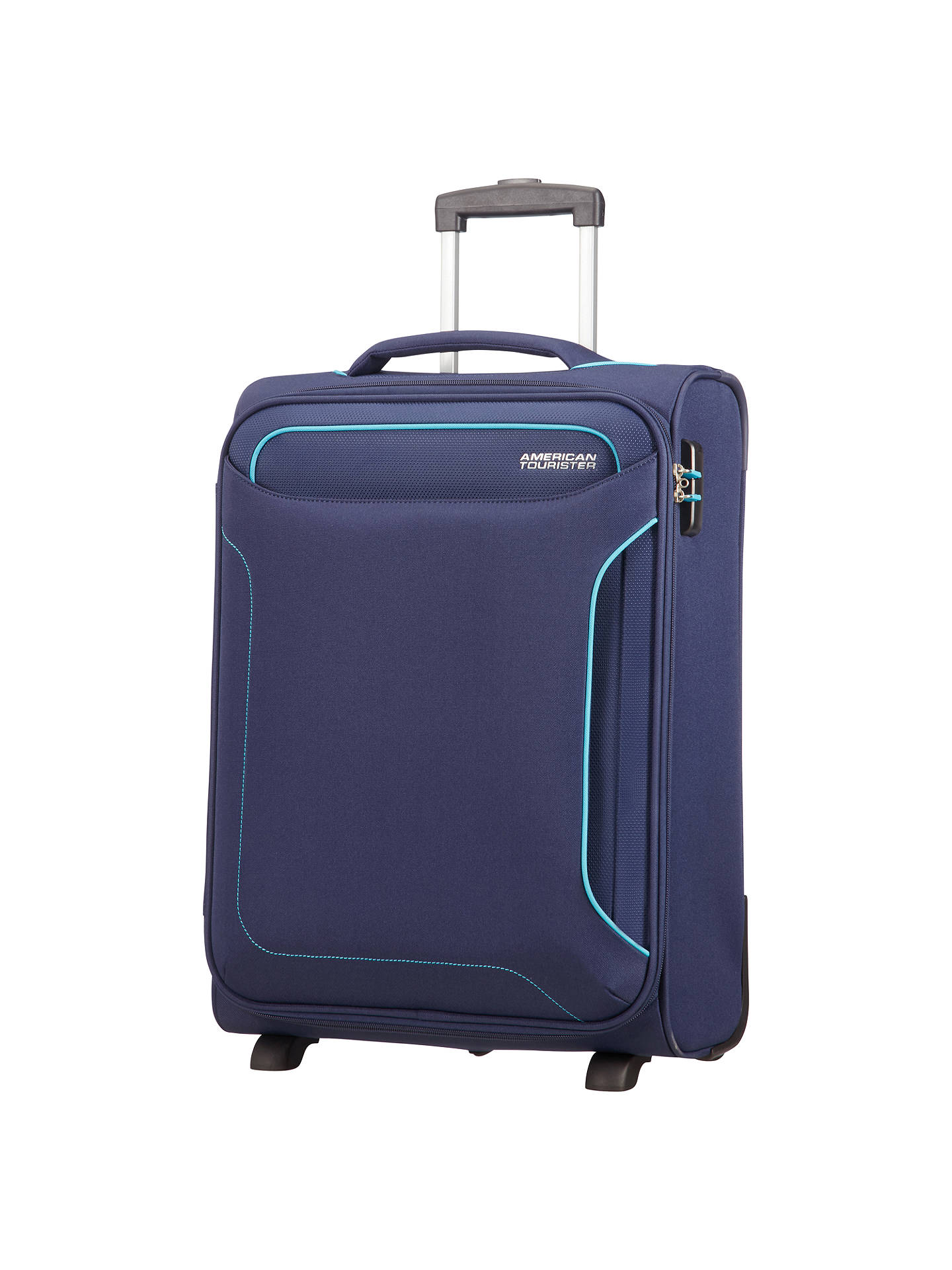 Invest in a new suitcase to carry all your essentials with the Holiday Heat range from American Tourister.

This brings the value conscious traveller all the comfort they need. Designed with a contemporary and sportive look, they are paired with bright and colourful accents- making them stand out for all the right reasons.

Features include two front pockets, cross ribbons and a divider pad in the bottom compartment and a TSA lock. The top handle paired with the two wheels make this the perfect companion for effortless travelling.

Allows American airport security, using a special TSA key, to check your suitcase without damaging it

In 1932 Polish immigrant Sol Koffler founded the ‘American Tourister’ luggage company in Providence, Rhode Island by investing his life savings in his dream. His goal was to create a significantly more durable product than any competitor’s in the same price range. Sol was determined to produce luggage priced at $1 in the midst of the Great Depression.

The company quickly established a reputation by producing quality luggage at a reasonable price. American Tourister was the first luggage manufacturer to make an all-vinyl case. Koffler was one of the first to see the benefits of a revolutionary new material developed during the war, and he introduced moulded plastic luggage before anyone else did.

In the 1950s, he improved the moulded plastic luggage manufacturing process to create a nearly indestructible, low-cost product. As time went on, the company introduced padded handles, stronger locks and an expanded line of colours. Company innovations continued through the ‘90s when American Tourister won the Industrial Designers Society of America award for its EasyTurn wheel handling system.