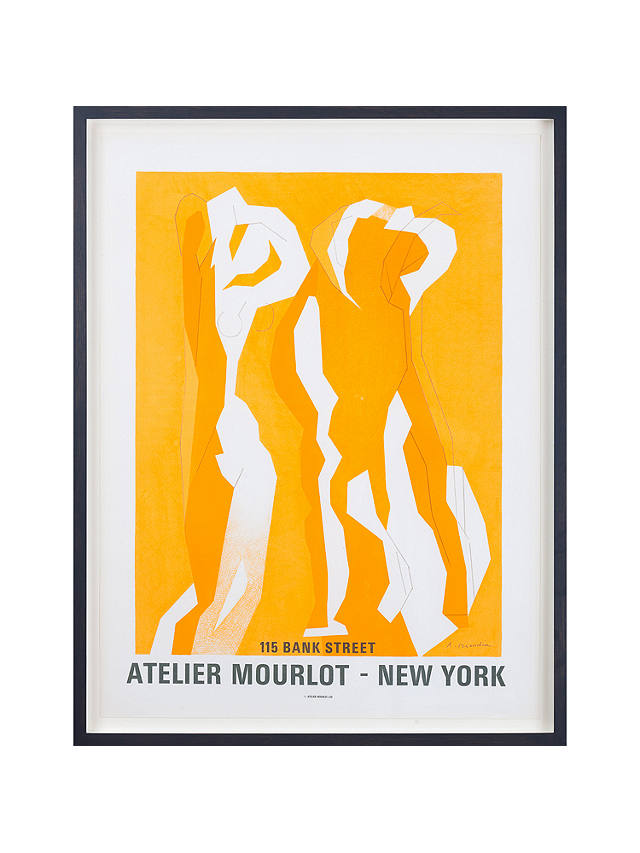 The Atelier Mourlot was founded in Paris, originally producing fine wallpaper. In the early 20th Century the founder’s grandson, Fernand Mourlot, invited some of the most celebrated artists of the day to collaborate on traditional limestone lithography, essentially creating the art poster as we know it today.

Artists such as Braque, Calder, Chagall, Dufy, Léger, Matisse, Miró and Picasso worked with Fernand to produce unique and visually striking lithographs that were used as posters to promote the artists exhibitions. By 1937, the atelier had established itself as the largest printer of artistic posters in Europe with artists clamouring to work with Mourlot. By 1970, it had opened a second location in New York, working with a brand new generation of artists, from Lichtenstein to Bacon.

This collection of original, rare lithographic posters comes from the Galerie Mourlot archive in New York and each piece is supplied with a certificate of authenticity. Although not as pristine as when originally printed, to preserve its condition, each lithograph has been archivally framed in the UK by trusted specialists with 35 year’s experience in the museum art world.

Delivery to UK mainland locations from 3 working days of your order, delivered on the day of your choice, Monday to Saturday.

Choose your preferred delivery day in checkout. 2-hour and 4-hour slots are available for an additional cost.

Availability varies by postcode. Charges apply to locations outside of UK mainland.

Order by 2pm for next day delivery, 11am - 9pm, Monday to Saturday. The evening before delivery day we'll let you know a 2-hour delivery window.

Availability varies by postcode. Not available to non-mainland locations, or when ordered with installation and disposal services.