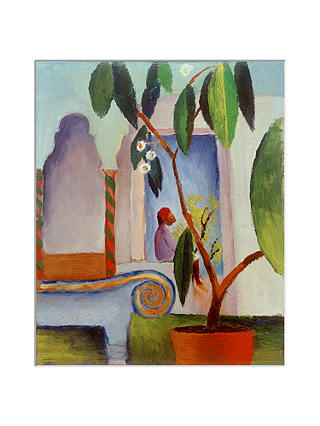 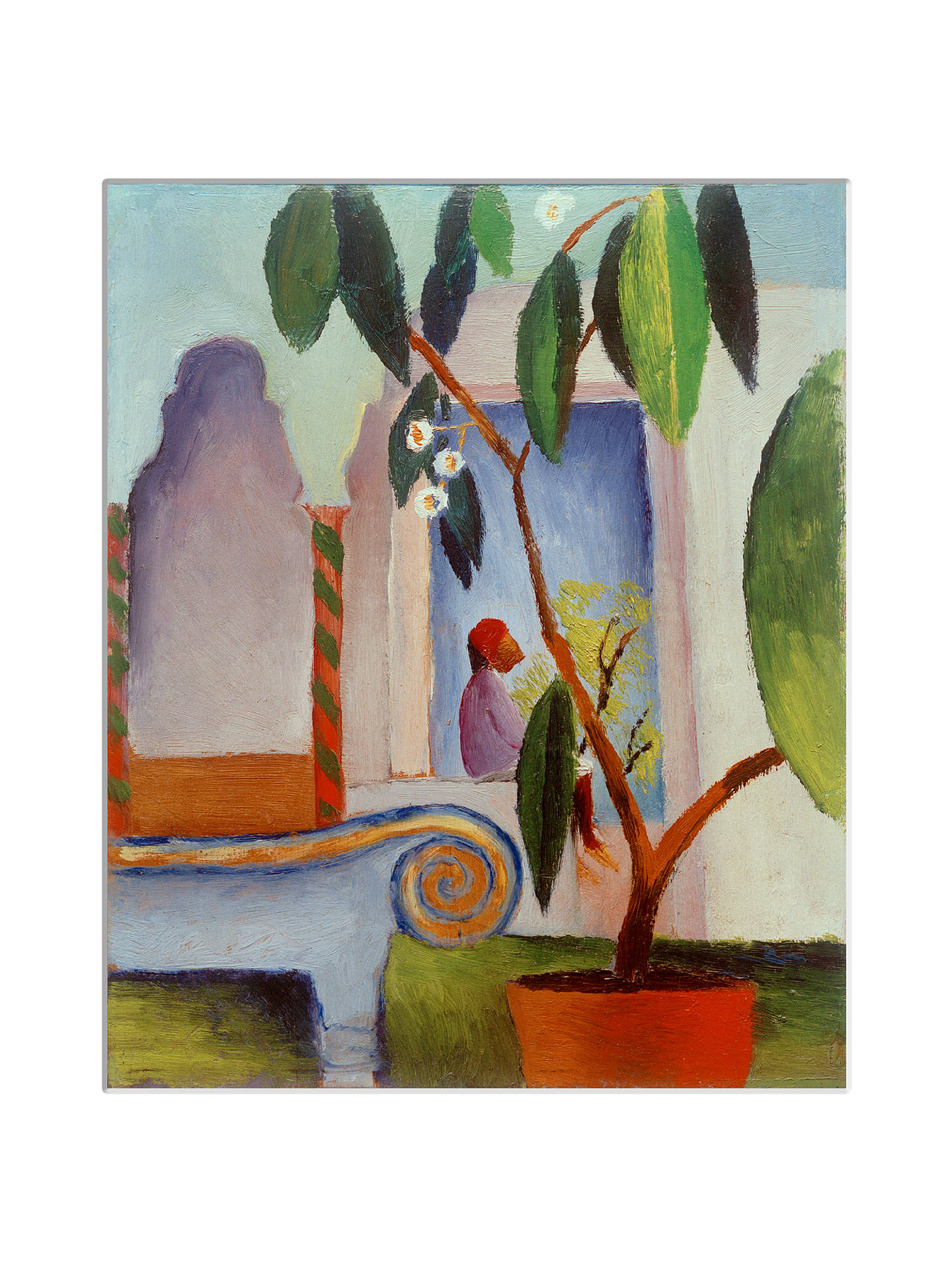 Arabic Cafe by artist August Macke, unframed and supplied with a mount.

August Macke was born in Germany in 1887. His key role in the German Expressionist movement never prevented him from experimenting with other styles and movements. Macke started his career under the influence of Impressionism, which led him to use subtle colours. Later, his encounter with Fauvism, and especially the work of Henri Matisse in 1909, changed his art radically for life. The same year, after meeting Wassily Kandinsky, he became a member of Der Blaue Rider (‘The Blue Rider’), sharing the group’s views on non-objective aesthetics, mysticism and symbolism.

In 1912, the Fauvism inspiration was then fused with Robert Delauney’s Cubism. An influence which is clearly present in his Tunisian paintings where, in addition to distorting forms, he used bold vivid colours and large brushstrokes. These pieces were completed in 1914 – a period which represented a creative peak for the artist - on a trip to the country with Paul Klee.

However, unlike fellow Expressionist painters, who ventured into abstraction, most of Macke’s works remained faithful to Impressionist subject matter. He only kept the elements of the avant-garde that were relevant to his practice, thus creating a rich and unique body of work which combined many influences from Impressionism and Post-Impressionism to Cubism. Unfortunately, Macke’s career was cut short when he was killed at the front in the First World War.