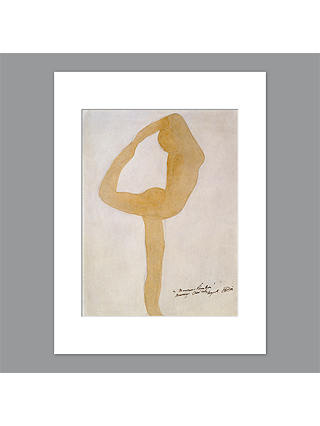 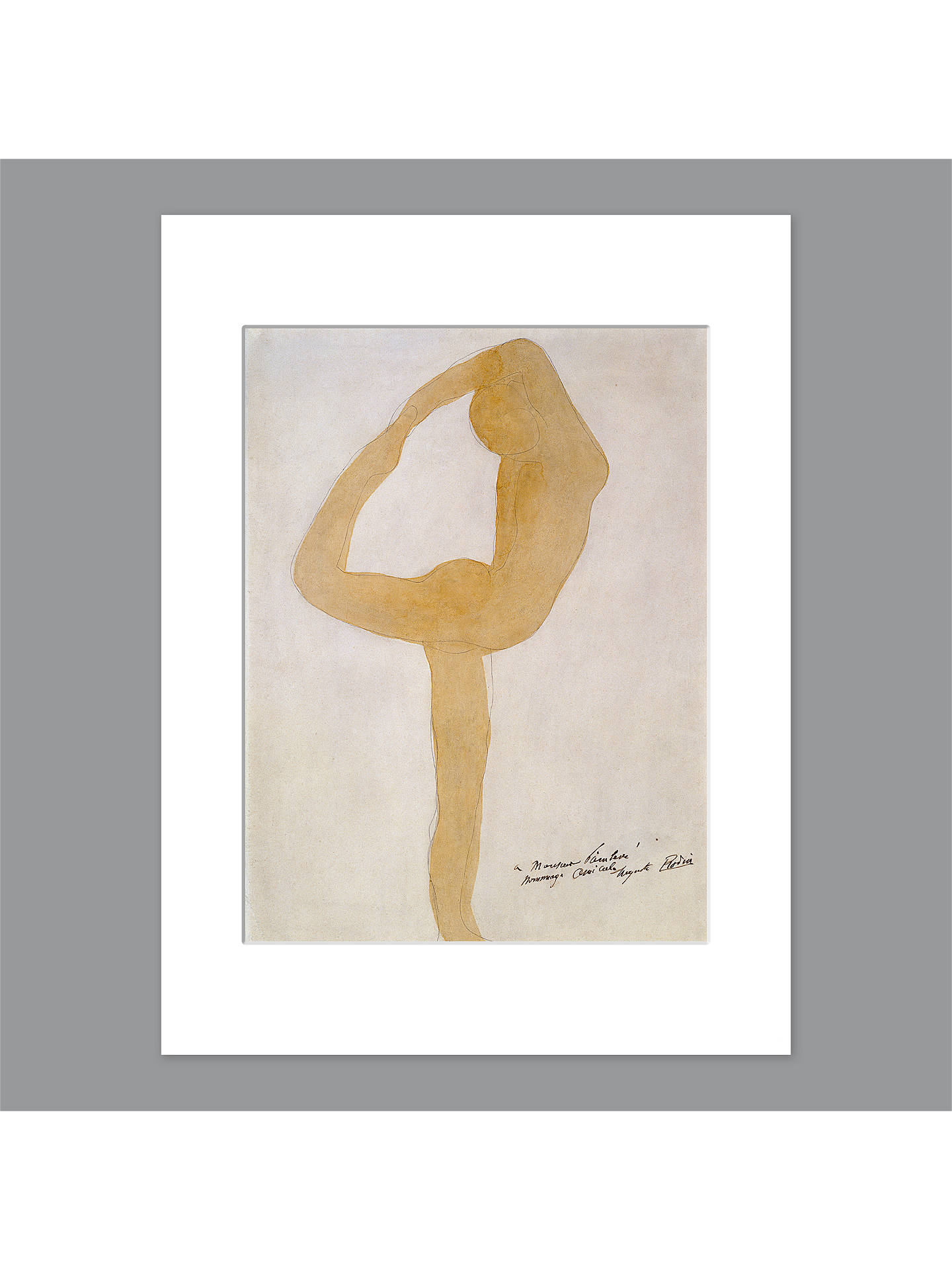 A study for Dance Movement by Auguste Rodin, unframed and supplied with a mount.

Born in 1840, Auguste Rodin started life as an ornamental mason but was inspired to higher fields by the work of Michelangelo, which he encountered on a trip to Italy in 1875. In his words, ‘Michelangelo freed me from academism’. During this trip, Rodin produced his first major work: The Age of Bronze, which was exhibited in 1878. The Age of Bronze was a sensational success. Never before had any sculptor produced the human form so naturalistically, even to the extent that he was accused of having cast his work from a live model. Rodin was thus the first artist to break the convention of idealising the human form, and he stylised anatomical forms in order to create the intensity of expression for which he became famous.

This intensity of expression is also strikingly perceivable in Rodin’s drawings. Although primarily known for his sculpture, Rodin was indeed a prolific draughtsman who produced more than 10,000 drawings. These were seldom used as projects studies for a monument or a sculpture, but represent instead a body of work in its own rights, which grew alongside his sculptures. As the artist declared in 1910: ‘It is very simple. My drawings are the key to my work’. Made with pencil, ink or watercolours, they allowed Rodin to capture spontaneously the emotions, the energy and the desires he wanted to express in his art. For instance, instead of placing his models in static poses he encouraged them to move around freely in his studio while keeping his eyes fixed on them and never looking down at the paper.

The drawings show Rodin’s encyclopaedic approach to the human body, in other words, his ambition to build a catalogue of the human frame in endless variations, with just a single line or with a detailed representation. The rich and diverse array of his works proves that Rodin was a tireless creator who, single-handedly, accelerated the course of art history.