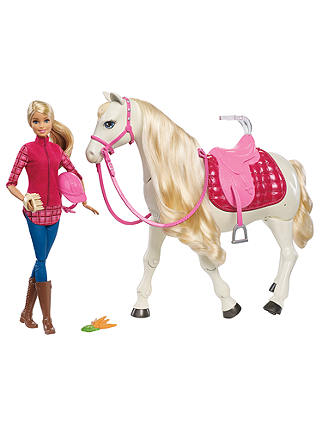 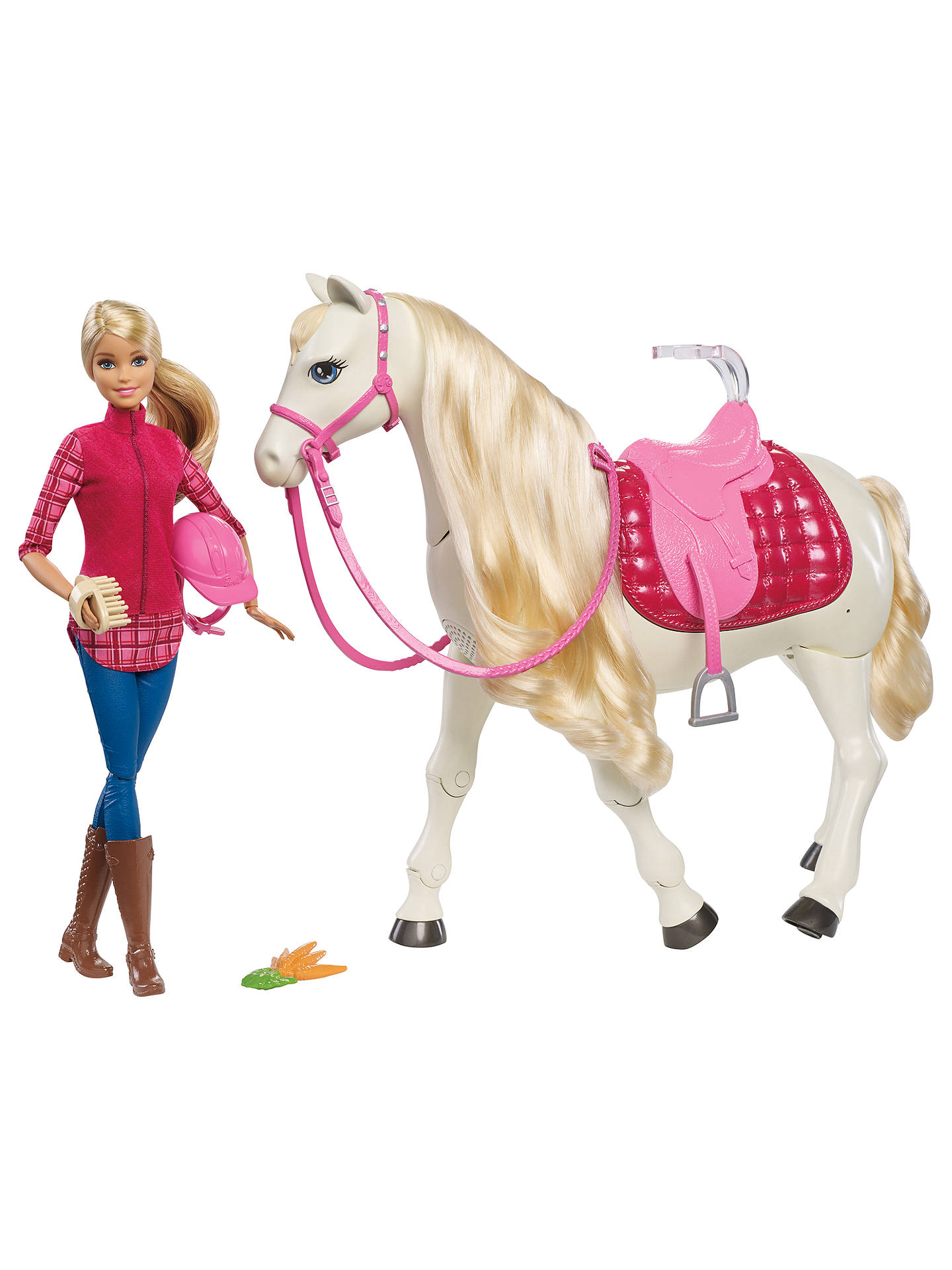 Barbie loves nothing more than taking a ride on her horse and the Barbie Dream Horse from Mattel is her most interactive horse yet!

Reacting to touch and sound, it features more than 30 realistic reactions! This amazing horse can walk forward, turn 360 degrees and neigh when you play. It can also eat (a bunch of carrots are included) and nuzzle in response to your touch. For even more fun, Dream Horse nods yes or no when you ask a question! It can also play 3 songs and show off with 3 different dances.

When play time is over, you and Barbie can groom the horse's super-long, curly mane and tail with the included brush. And of course, Barbie can sit on the saddle, just use the included waist clip to ride along wherever Dream Horse goes!

Perfect for inspiring imagination in young minds, it also helps with social and fine motor skills.