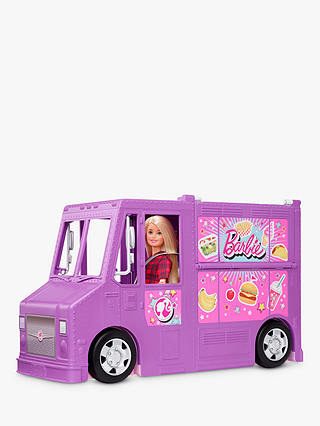 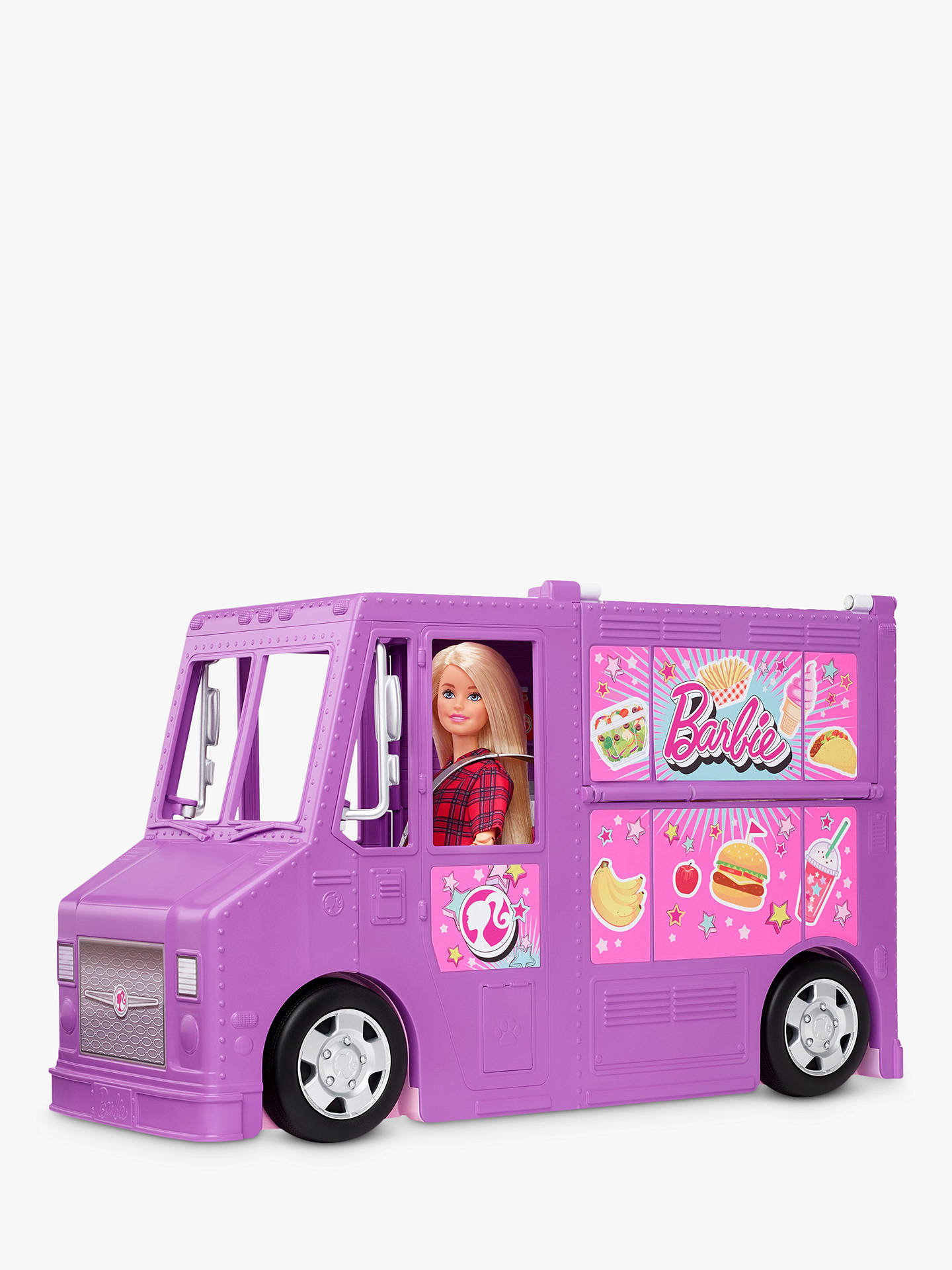 If you love making yummy food and serving customers, then you can run a food truck! The Barbie Food Truck Playset includes a food truck vehicle with colourful food graphics on the exterior and opens into multiple play areas to prepare and serve food like a stove and griddle and a smoothie station. ​The food truck also comes with plenty of storytelling accessories including a free-standing menu board, pots, utensils, serving trays, plates, a fryer for French fries, smoothie blender, food items, condiments and seating for a hungry customer!

​Barbie can make all kinds of yummy food for her customers including salads, burgers, tacos, fries and more! When a customer's order is ready, Barbie doll can ring it up at the register! Some of the storytelling pieces have a clip-on feature that lets Barbie doll hold the item for realistic play! Yum, what's cooking?