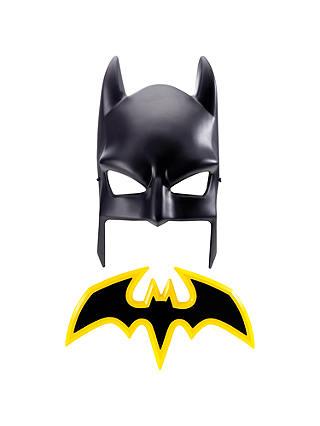 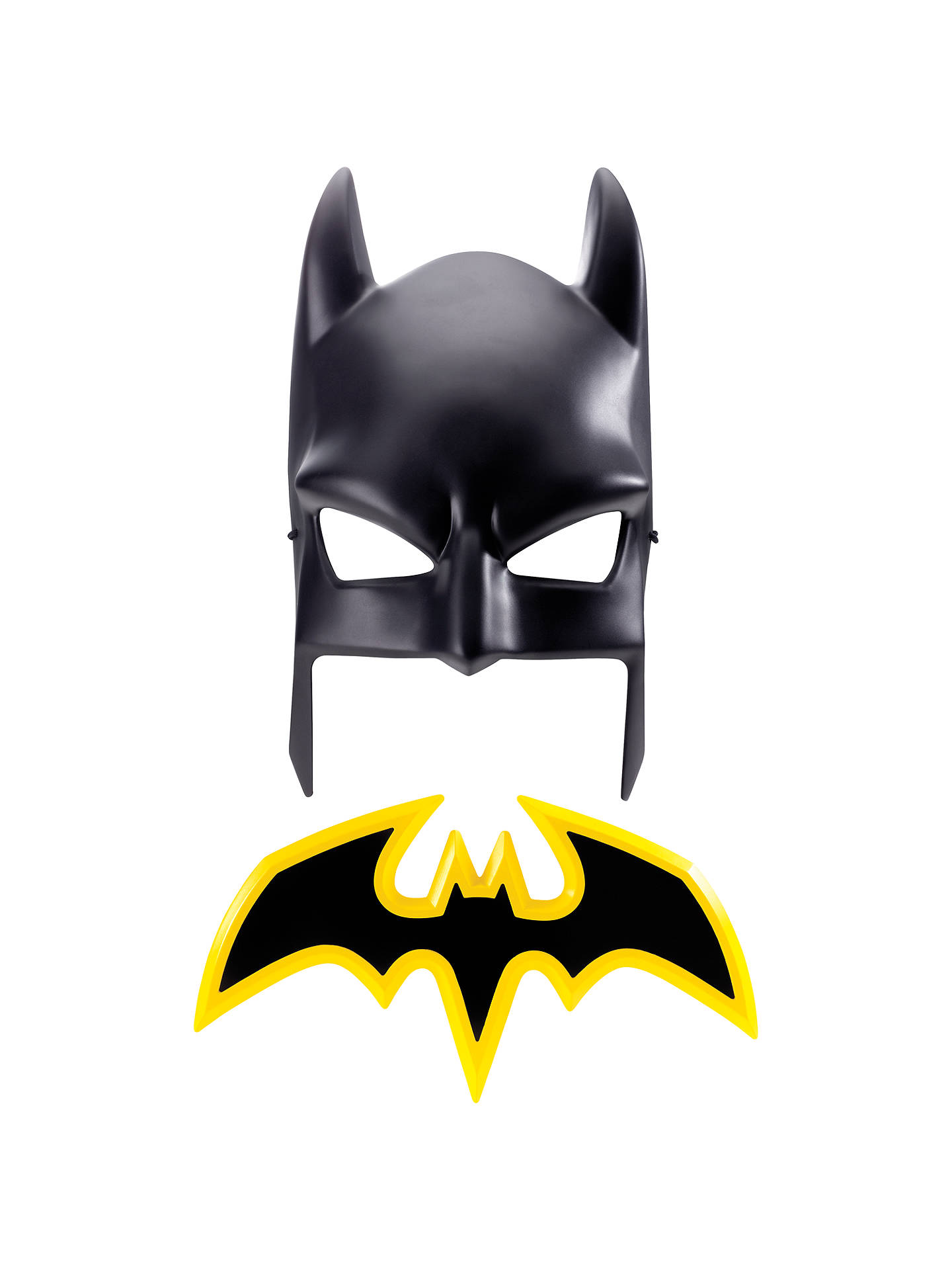 Perfect for any young child that aspires to be just like the heroic vigilante of Gotham City. The mask is suitable for children aged 4 and above and they can use the Batarang to pretend to fight crime.

Brand
Mattel
Eligible for International Delivery
NO
Suitable From
4 years
Toy Character
Batman
Warning!
Not suitable for children under 4 years.

The superhero first made his appearance in comic books published by DC comics in 1939 and since then, has become a global franchise and cultural icon. Billionaire Bruce Wayne by day and crime-fighting Batman by night, the character’s selfless vigilante has propelled him into the superhero hall of fame.

Created by artist Bob Kane and writer Bill Finger, the brave heroics of the caped crusader has extended to screenplay including a TV series and highly acclaimed blockbuster films. Action figures, toys, and costume dress-up has all followed allowing little superheroes to recreate, play and become their favourite comic book character.