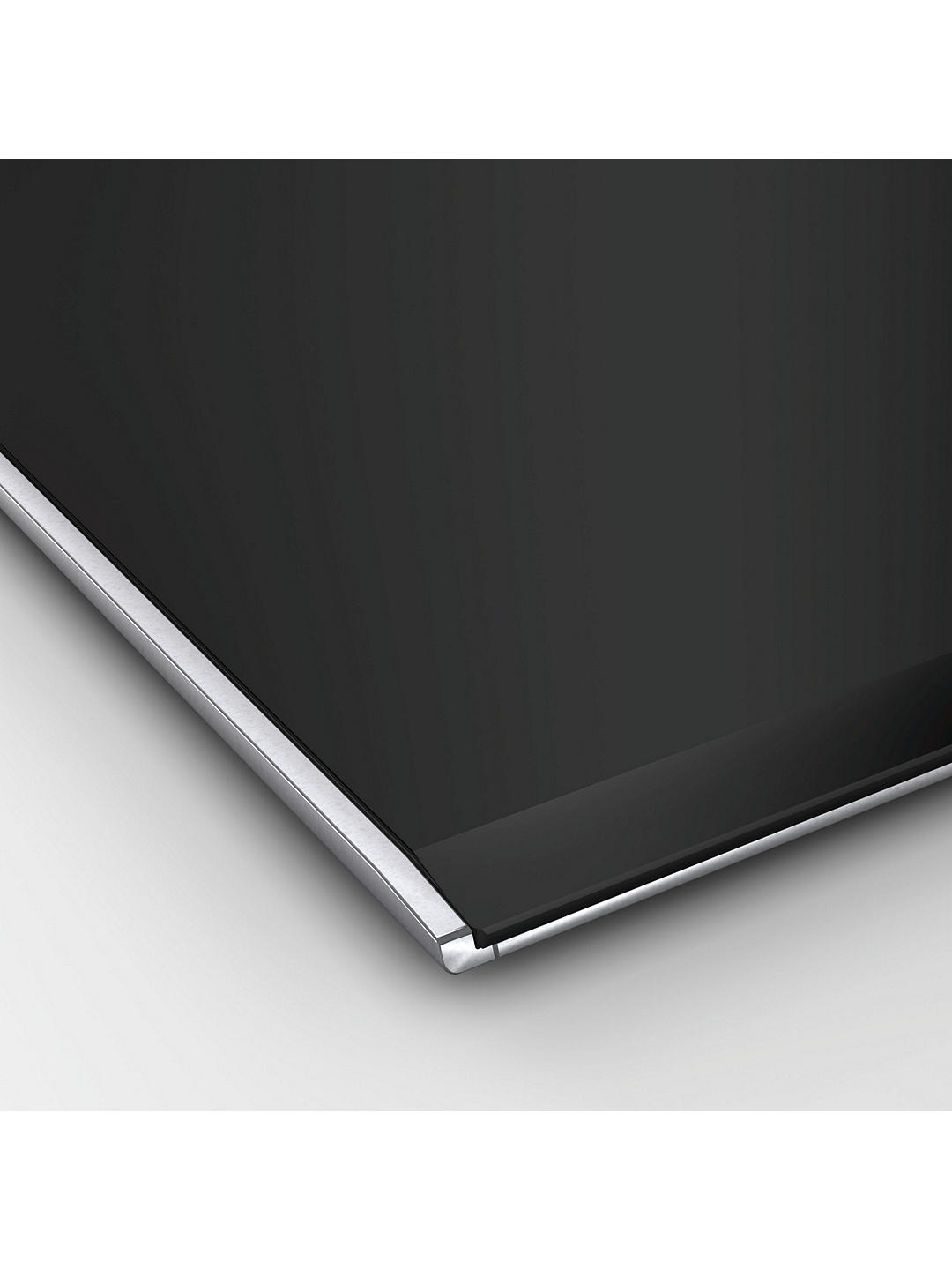 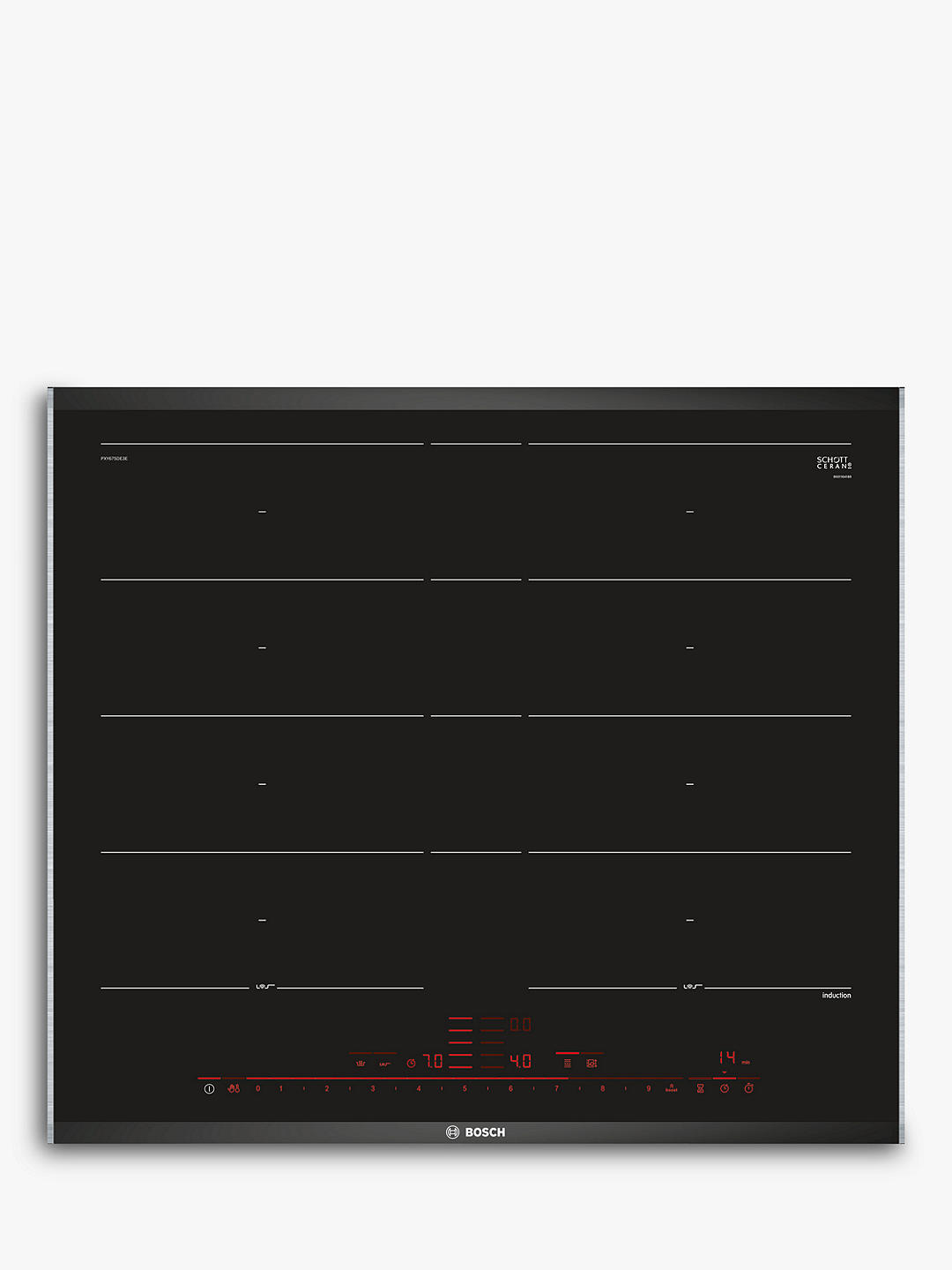 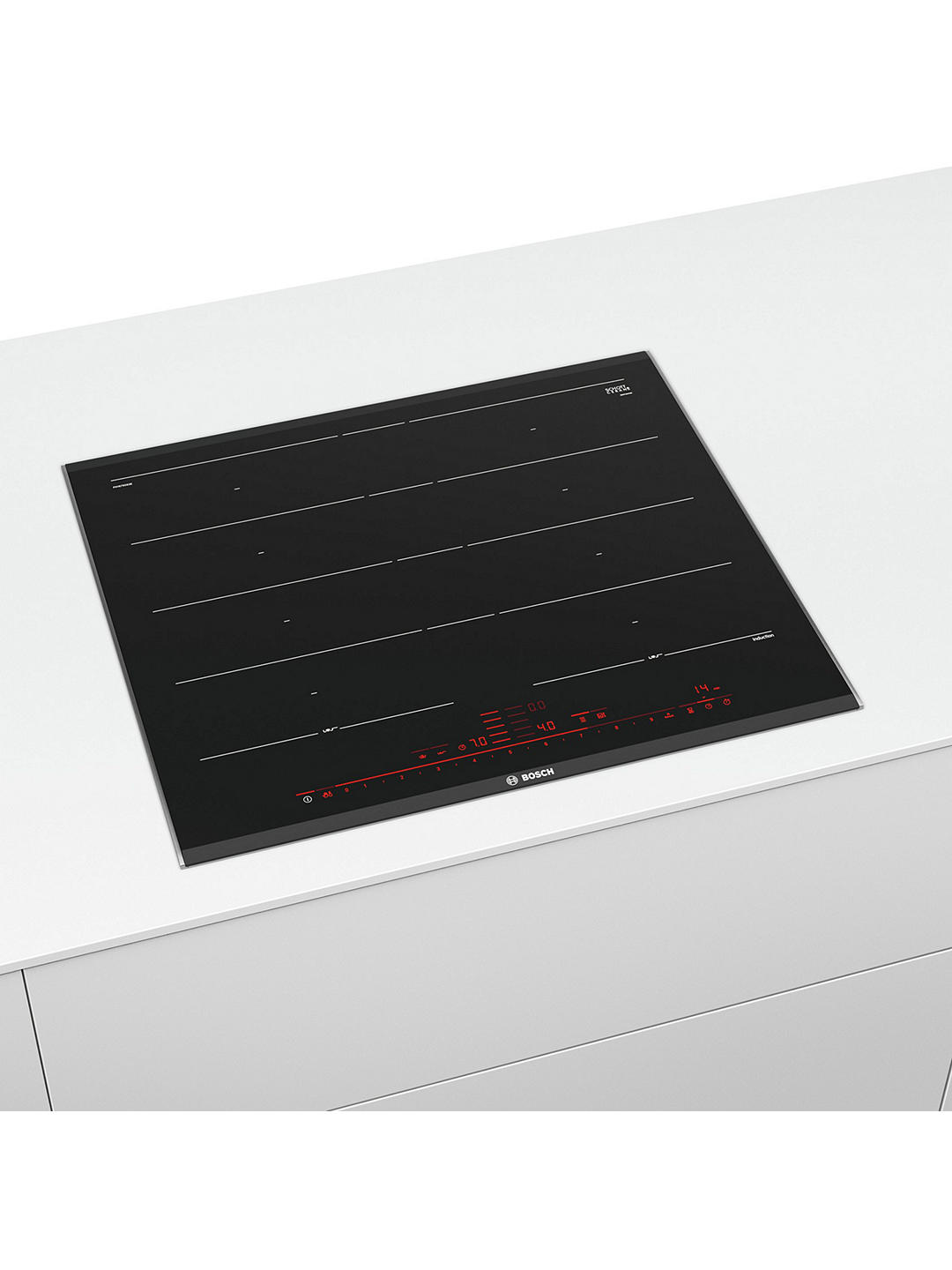 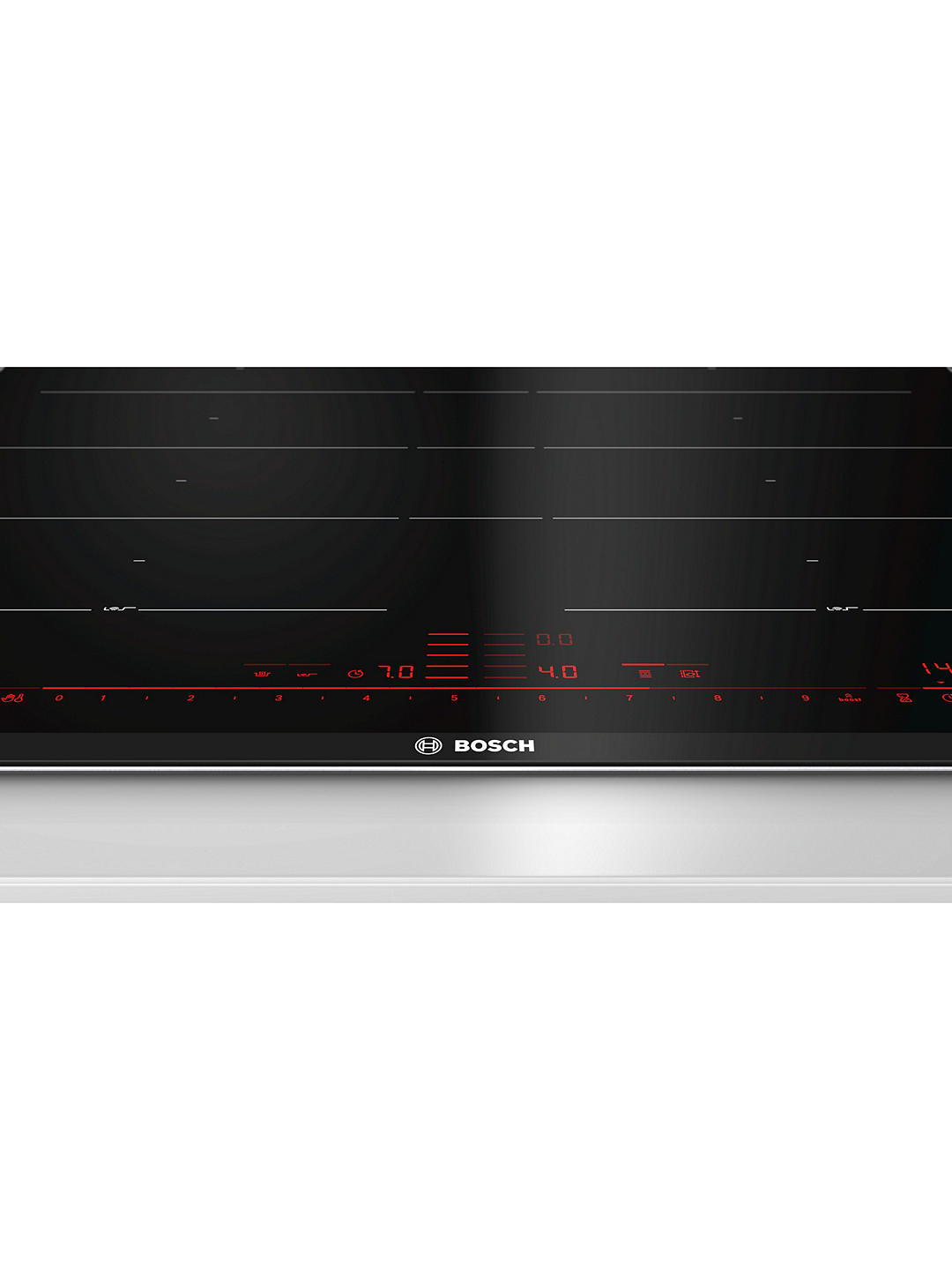 Out of stock online

If the item doesn’t come back in stock, we’ll notify you. We’ll also share some similar product recommendations.

The ultra-sleek PXY675DE3E induction hob from Bosch makes it easy to achieve perfect results in the kitchen. That’s because it comes with PerfectCook and PerfectFry – two very smart ways to achieve optimal results thanks to automatic temperature control.

PerfectCook works to prevent overcooking and boiling over by precisely controlling the cooking temperature. PerfectFry delivers exactly the right browning of roasted foods thanks to its sensor control with 5 power levels. To make things even easier it also features DirectSelect Premium – for direct, simple selection of the desired cooking zone, power and additional functions.

The Flush-top frame means the cooktop is flush with stone and granite countertops, and the clever timer has a switch-off function which turns off the assigned cooking zone after a set time.

For those with busy lifestyles, this modern and efficient cooker also boasts the PowerBoost function for extra added power when you need to speed up the cooking process. For example, you can boil 2 litres of water almost three times as fast as on a conventional glass-ceramic hob.