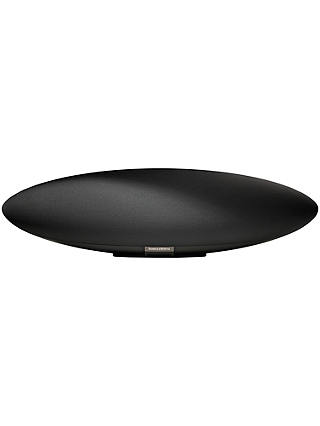 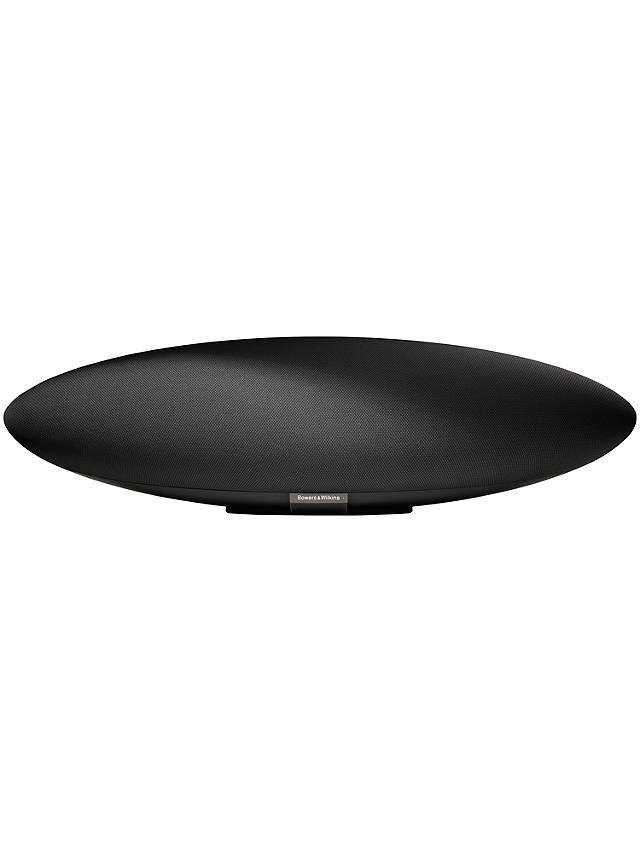 The Zeppelin Wireless is an all encompassing speaker which makes your music sound richer and more lifelike than ever before. Hi-Fi quality drive units, advanced digital processing, a new incredibly rigid body combined with amazing connection options in the form of Airplay, Bluetooth aptX and Spotify Connect ensure that this wireless speaker sounds its best.

Advanced audio qualities
Hear tracks just as the artists and sound engineer intended. With a unique set of drive units inspired by Bowers & Wilkins award winning range of Hi-Fi loudspeakers, the Zeppelin Wireless will take you into the heart of the performance. These include Double Dome tweeters for pristine highs, and a long-throw subwoofer for deep, accurate bass.
By placing the drive units as far apart as possible in the Zeppelin's elongated shape, sound is dispersed more evenly helping to create a more natural, and room-filling act.

Stream with AirPlay
Endowed with Apple's AirPlay technology you can stream music wirelessly from your iPhone, iPad, iPod touch with iOS 4.3.3 or later. You can even stream your entire music collection from a Mac with OS X Mountain Lion, or Mac and PC with iTunes 10.2.2 or later. The quality is second-to-none too. And you can control your music, wherever you are, via your Apple device's Music app to play tunes stored on your device. Alternatively the Remote app can access all your tunes stored in iTunes.

More wireless freedom
No matter what device you use with Zeppelin Wireless, the combination of AirPlay, Bluetooth and Spotify Connect means pristine sound is only a couple of button presses away.
The Zeppelin Wireless can play your entire music collection stored on your Smartphone or tablet through Bluetooth. Keeping within a range of up to 10 metres, the speaker will stream your favourite tracks and totally surround your senses.
You can also play Spotify through the wireless speaker using the Spotify app as a remote. When you have connected through your home Wi-Fi, you'll be able to play ready made playlists or fresh new tracks - even if you go out of Wi-Fi range.

App control
Getting the Zepplin Wireless up and running couldn't be easier thanks to the Bowers & Wilkins latest version of Control App. As well as setup and product registration, Control App can now be used to control volume and playback functions. The app is available for iOS, Mac and PC.

Compatibility
Zeppelin Wireless is compatible with popular Bluetooth® devices, including mobile phones, tablets and computers. AirPlay works with iPhone, iPad, and iPod touch with iOS 4.3.3 or later, Mac with OS X Mountain Lion or later, and PC with iTunes 10.2.2 or later.

Bowers & Wilkins, then called B&W Electronics, was founded in 1966 as a manufacturing company which supplied the local clients of Worthing with hand-assembled speaker systems. Now a very large company with distribution chains all over the world, Bowers & Wilkins have gone from strength to strength updating signature technologies and entering new markets.

In pursuit of the perfect loudspeaker, the brand have leveraged innovative use of materials such as Kevlar and Diamond, derived new solutions to complex engineering and experienced moments of absolute brilliance. As a result, the product range now includes headphones, wireless speakers and computer speakers to produce the best possible sounds.