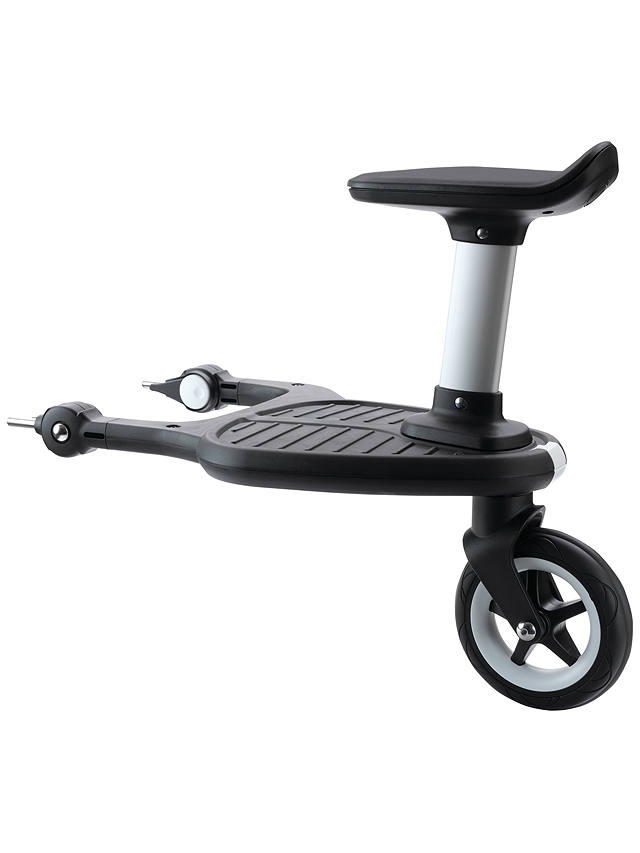 Create a comfortable ride for you and your little explorer by attaching the Bugaboo comfort wheeled board, with a detachable seat to the chassis of your Bugaboo pushchair in just two clicks. The original wheeled board has been redesigned to assure extra comfort for both you and your child. The flexible board positioning - left or right from the middle - creates extra walking space and it also offers your child the option to stand or sit with an easy to attach seat. When not in use, the board can easily be clicked up out of the way or detached.

The Bugaboo Comfort Wheeled Board can be used on all Bugaboo Plus pushchairs.

The board can be used without adapters with:

Additionally, the board can be used with adapters, sold separately, with the following models: