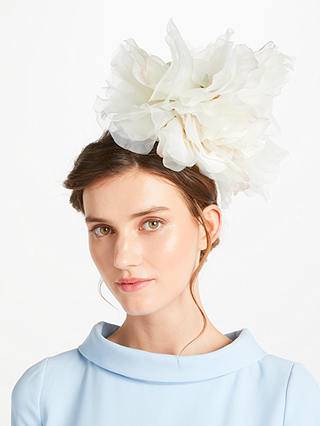 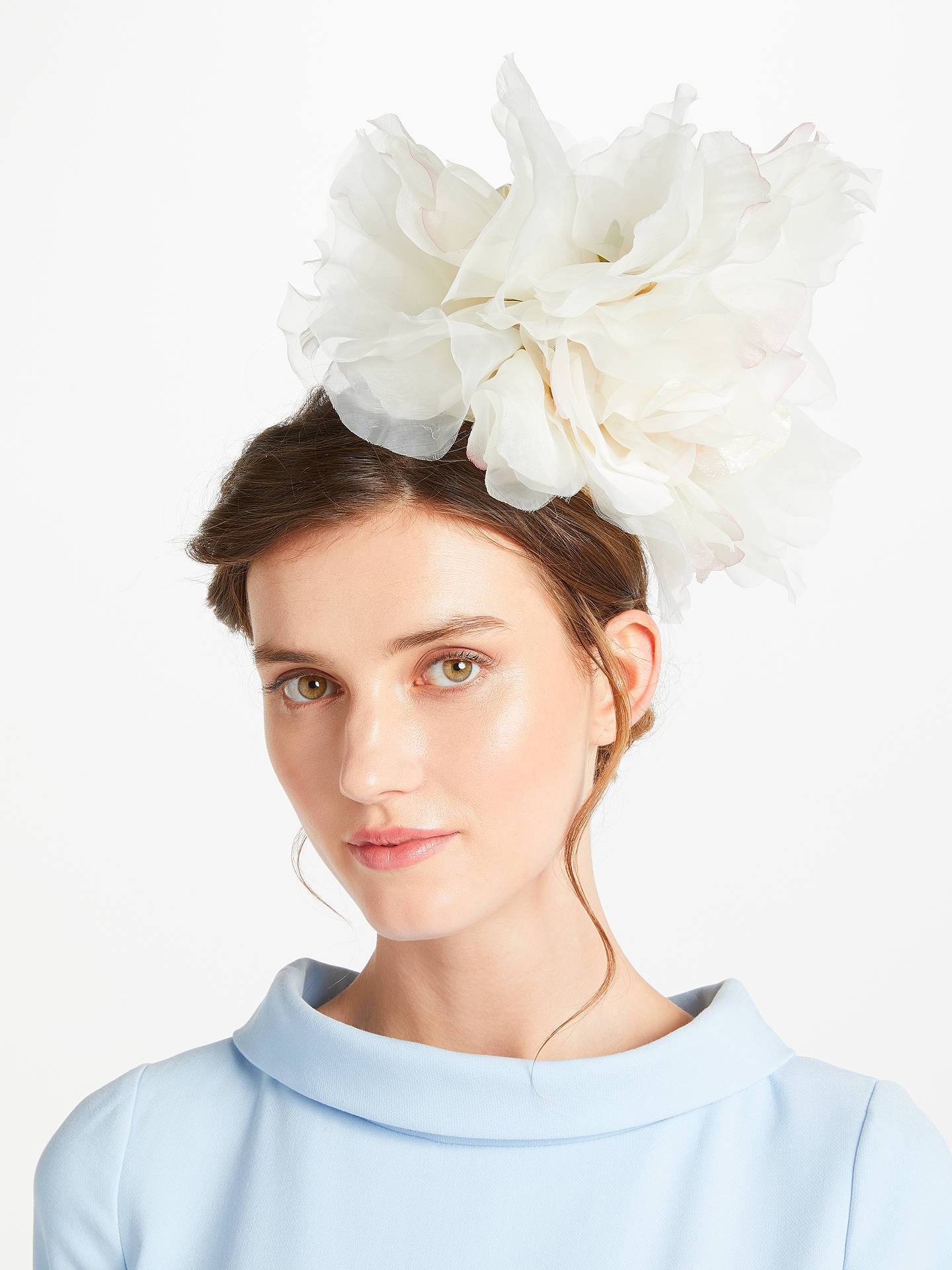 This occasion must-have features a bold and decadent floral design that will make sure you stand out for all the right reasons at any wedding or at the races.

If you've changed your mind about keeping your purchase, please return it in its original condition with proof of purchase and we'll exchange or refund it. Unless faulty, this should be within 35 days of receiving your order. By original condition, we'd expect this to mean that the red kimble attachment and all labelling is still on the product, and that the item is undamaged and unused.

Exclusively made by hand from the finest and most exclusive materials, including silk, feathers and natural fibres among others, the Bundle Maclaren Millinery hats will guarantee your look won't go unnoticed and will make sure you're part of every invitation-only event. The collection is made solely for John Lewis so you can be assured of your unique style.

As quirky as the name suggests: London milliner Bundle MacLaren’s range of hats present an eclectic mix of bold concept pieces and whimsical, romantic designs. The brand operates out of an airy showroom in Fulham, where clients flock to try on the vivid wares.

It all began with Bundle’s traditional millinery training at London’s Kensington & Chelsea College. Soon after she launched her dream product selling on London’s infamous Portobello Road. Bundle quickly drew an affluent crowd and as word of her uniquely spirited approach spread like wildfire, it became apparent that she was going to have to upgrade her ‘office’ to somewhere that could handle the demand. In 2009 she launched Bundle MacLaren Millinery from her colourfully chaotic kitchen in Battersea.

By the time the Royal Wedding was announced, just 18 months later, she had officially emerged as one of the most sought after milliners in the country, and her bespoke designs were worn by over a dozen special guests at Westminster Abbey. Ellie and Bundle became business partners in 2015 and work with a team of highly talented milliners to create 100’s of stunning headpieces every year.

The spirited approach to millinery especially comes to life during Ascot. The Fulham studio is buzzing with clients from all over the world to create their dream hat under the brand’s mantra Your Hat. Your Colour. Your Way. Bundle MacLaren Millinery  believe there is something quite liberating about wearing a beautiful hat, particularly one you’ve designed yourself and always go the extra mile to help clients realise their vision.

Bundle MacLaren Millinery is an exciting millinery brand which is very much on the up having recently been spotted on the heads of leading actresses, pop stars and Royalty and now very proud to be partnering with John Lewis on their Couture Collection inspired by My Fair Lady in an English Country Garden.