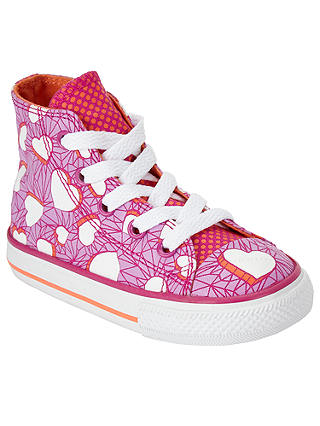 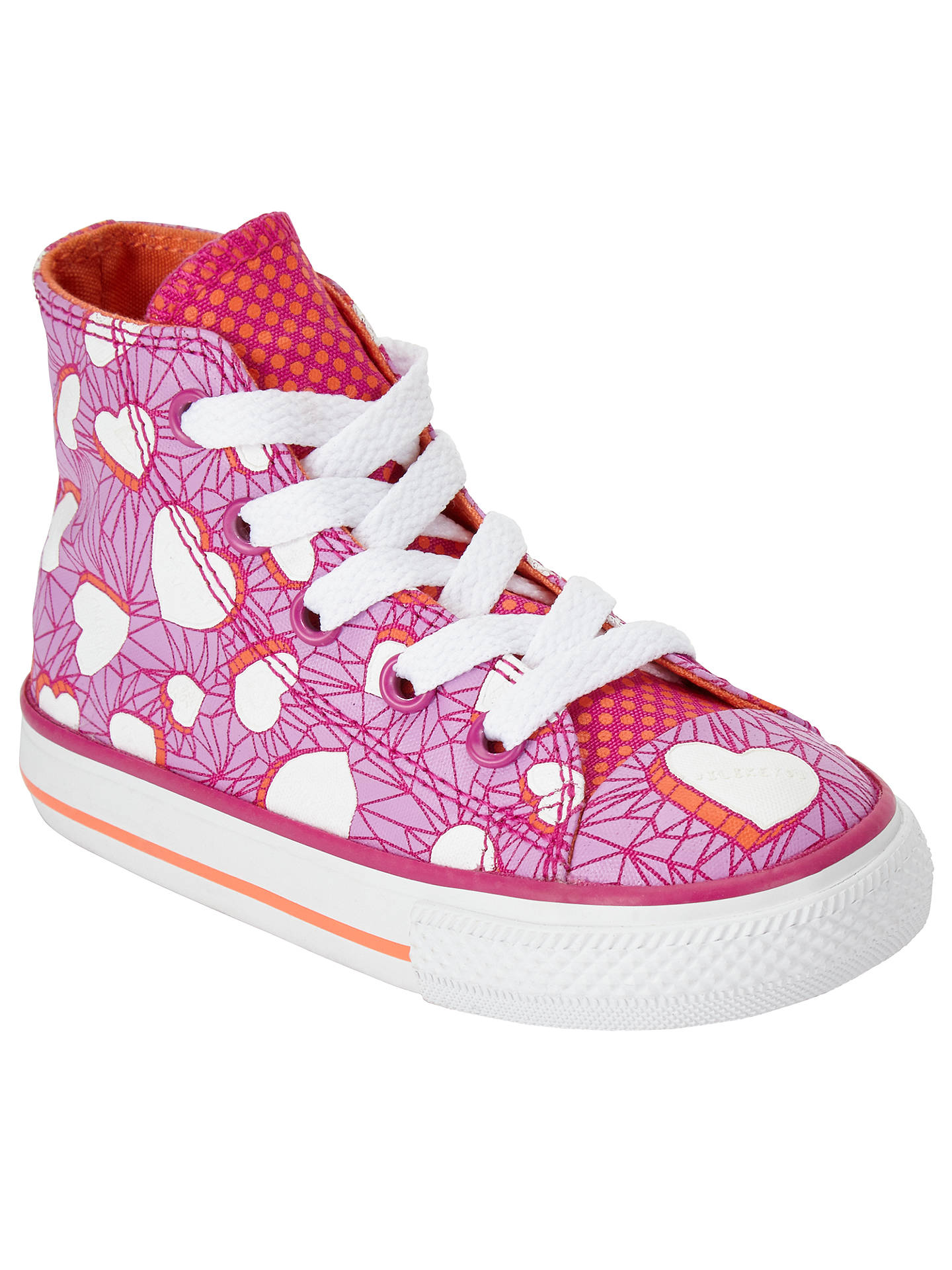 These shoes are crafted with a textile upper and lining for a soft, comfortable and flexible fit that will accommodate their feet. The rubber sole provides grip and impact absorption for energetic activities.

Finished in a hi-top style, they have a classic silhouette and an attractive all-over print of heart shapes.

Founded in Massachusetts in 1908, Converse struck upon its iconic design in 1917 when it designed a basketball shoe called the All Star. The canvas trainers, with a rubber soles, became the classic Chuck Taylor All Stars when Chuck Taylor joined the basketball team Converse sponsored in 1921.

He made improvements to the shoe, enhancing the support and flexibility.

The toe guard, laces and outer wraps were made white after the Second World War and in 1957 Converse created the low cut Oxford style. Initially popular with basketball players, the shoes have become casual classics that can be dressed up or down for endless versatility.