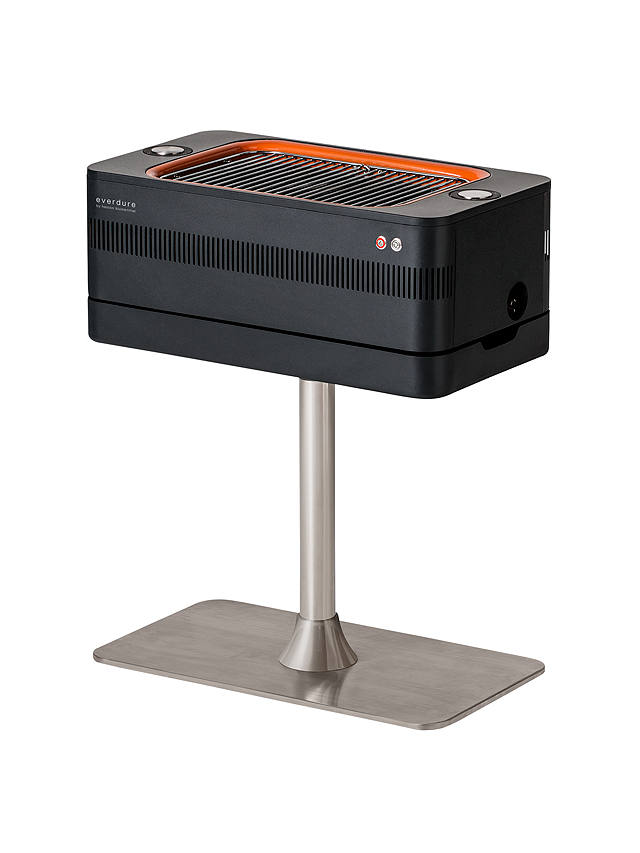 Whether you're new to cooking on charcoal, or a seasoned pro, you'll love the simplicity and style of the FUSION™. Named after its innovative fusion of charcoal and electricity, it draws on the benefits of both, delivering an unbeatable barbecue experience.

The FUSION™ comes with sleek, sturdy legs, but for added height and style, there's an elegant freestanding pedestal.

Charcoal range The evolution of man is largely thanks to the evolution of fire and energy. Cooking over a fire was once part of everyday life, in many parts of the world, it still is. More than just visual theatre, or a traditional 'back to basics' approach, authentic charcoal cooking adds a distinctive smoky favour to food. Mastering the heat, and managing a fire, made it challenging for many barbecue enthusiasts to fully embrace its charms – until now.

Want to see it first?
You may want to see and get a feel for the product in one of our shops before ordering. If you do plan on doing this we recommend giving us a call on 03452 661805 as not all our ranges are on display in our shops. We'll be able to tell you where the range you'd like to view is on display.

Working closely with designers and engineers, Heston embarked on a mission to create the perfect modern barbecue. By combining the latest technology and design aesthetics with ease of use and thoughtful attention to detail, he created a series that will help you go on a journey of discovery.

Heston Blumenthal is one of the world’s top chefs. His Berkshire restaurant, The Fat Duck, has won international accolade and been awarded 3 Michelin stars, while Heston himself was given an OBE by Her Majesty the Queen for services to British Gastronomy. A fellow of both The Royal Society of Chemistry, and The Royal Academy of Culinary Arts, Heston’s never been one to do things by the book. By pushing the traditional boundaries of the kitchen, and injecting a sense of child-like wonder and theatre into everything he touches, he’s inspired a generation to seek pleasure, and entertainment, in food. Now, Heston’s bringing his magic touch to the great outdoors, making it easy for anyone who enjoys barbecue cooking, to put on a commanding performance.

More from Everdure By Heston Blumenthal

UK delivery by our supplier within 7 days. Where delivery needs to be arranged, you will be contacted to arrange a date and time that's convenient for you.