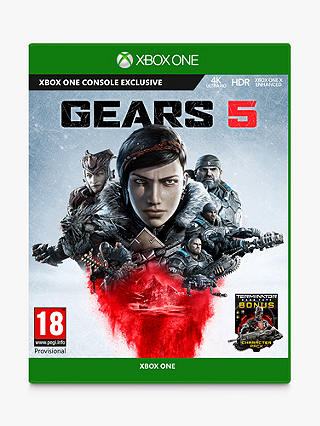 "Gears 5, Xbox One" is no longer available online 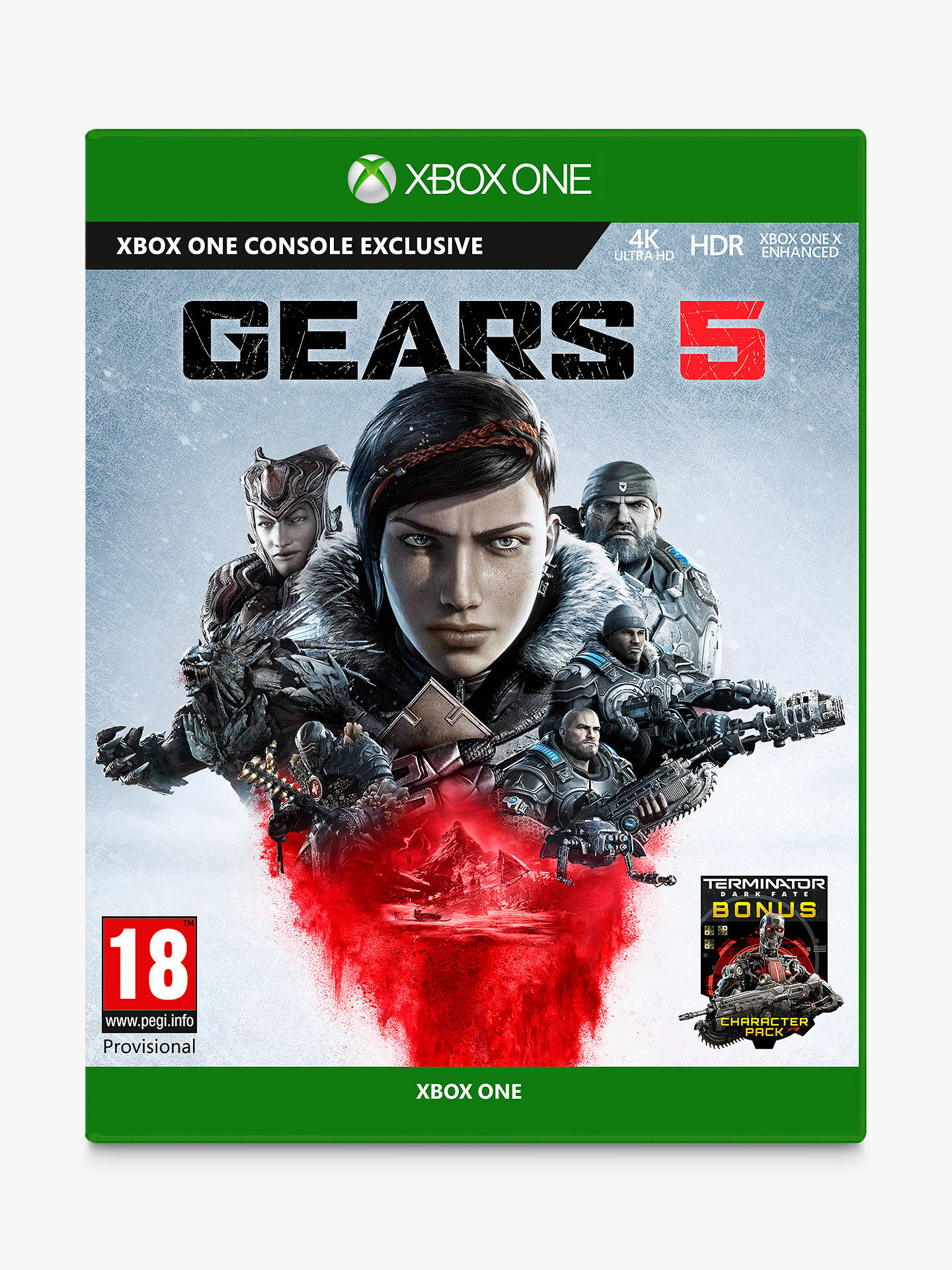 With hard-core Campaign, Escape, Verses and Horde modes, along with Bootcamp and Play as Jack for those just getting into the series, Gears 5 is ready to provide stunning graphics and exciting gameplay – all in immersive 4K, with HDR (depending on your TV / equipment) at a silky smooth 60 frames per second.

Matters are looking bleak for the world. The Swarm’s corrupted the Coalition’s robot army and is now descending upon human cities. With danger closing in, can you break away from the turmoil to uncover Kait Diaz’s connection to the enemy and discover the true danger, as you take on the Gears 5 campaign?

With Campaign Co-op you can battle alongside your friends in three-player online or split-screen co-op or rank up from new recruit to four-star general in Gears Tours of Duty.

Escape is a new, aggressive, high-stakes co-op mode featuring a three-player suicide squad that must work together to take out enemy hives from within. Remember: outrun the bomb, outsmart the Swarm and escape the Hive!

Versus rewards every competitive style, from casual to pro, so get ready for some jump-in, over-the-top fun. There as loads of game types, plus new and classic maps, as well.

Horde mode asks the question: can you survive using new hero abilities, building defences, collecting power, levelling up your skills and working as a team?

No matter if you’re new to the Gears franchise or an old hand, Gears 5 has got your back. Boot Camp enables you to learn the ropes, from the basics to advanced combat techniques, whilst the ability to play as Jack – your personal flying support bot, is a great starting point for new players, enabling you to play as you protect allies, damage your enemies and importantly, become comfortable with the gameplay.