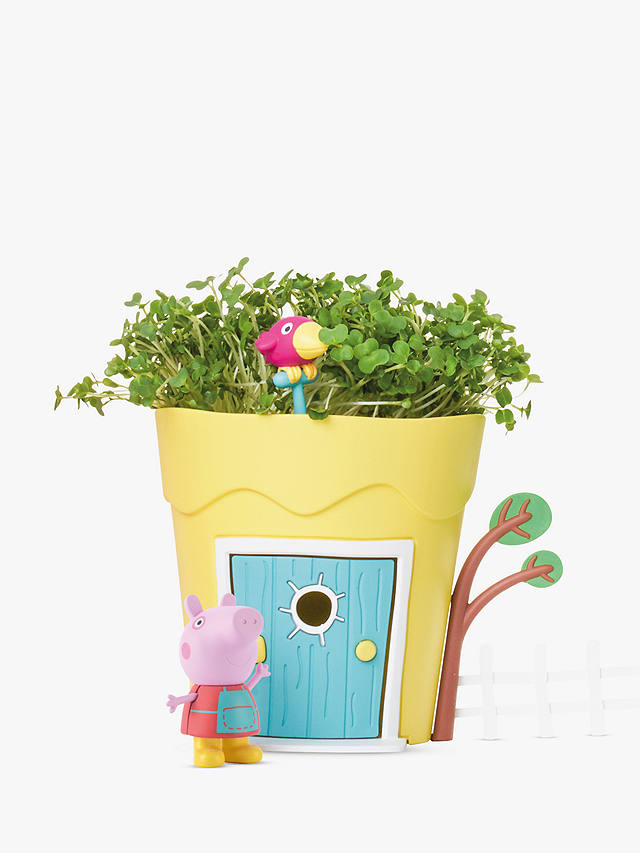 Grow & Play with Peppa Pig, George and their friends Suzy Sheep and Rebecca Rabbit! Have fun growing your very own cress plants with Peppa Pig and play with her house and garden!

Peppa Pots are designed to encourage children to plant ‘easy-to-grow’ seeds and nurture their plants while having fun playing with Peppa Pig characters. An additional growing project is included in each set for even more fun. You can also make a street with other Peppa Pig Grow & Play playsets by attaching the fence from one set to the house of another! Look out for other Peppa Pig characters in the ‘Grow & Play’ range from Interplay!

A phenomenally popular British animated Children’s TV show that airs on Channel 5 and Nick Jr. It follows the lives of Peppa and her younger brother George as they carry out everyday activities such as riding their bikes, going to play school and visiting their family.

Each episode is approximately 5 minutes long and at the time of writing, 196 episodes have aired across four series, with the show being broadcast in over 180 territories.