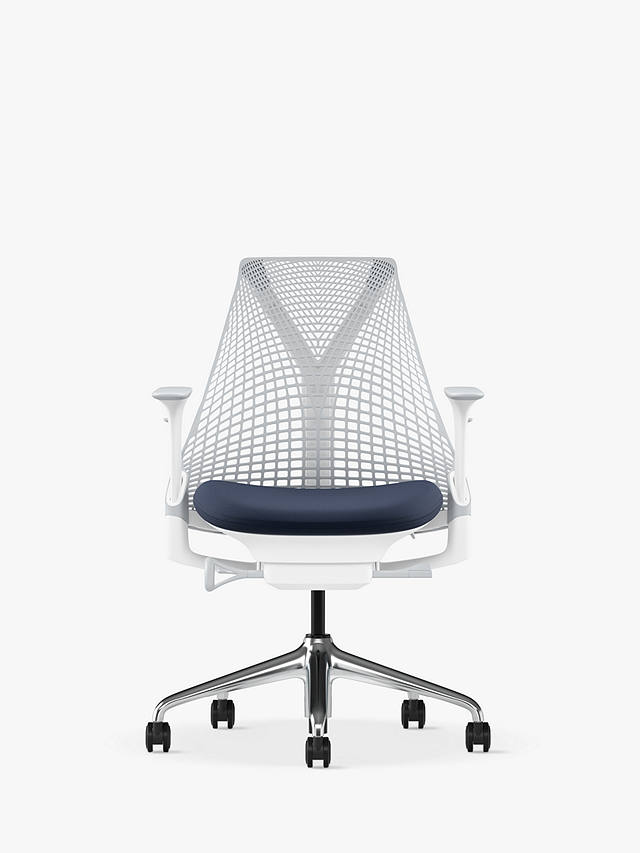 Awarded a host of design awards, the SAYL office chair combines complete comfort and thoughtful design. Featuring a design inspired by the principles of suspension bridges, the SAYL has a frameless back that encourages a full range of movement while keeping you cool.

The innovative SAYL office chair from Herman Miller is designed to ensure comfort that is tailored to your individual needs. The frameless back has no hard edges and flexes freely to give you full ergonomic support and freedom of movement, with an elastolex foam and fabric seat providing cushioning that conforms to the contours of your body.

Thanks to 3D intelligent suspension technology, there is greater tension in certain transition areas that need more support, such as the lumbar areas. Hinge points allow these areas to flex and support the healthy, forward rotation of the pelvis, while less tension in other parts of the back encourages a full range of seated movement.

SAYL is made using fewer materials in creative ways, to keep a smaller carbon footprint.