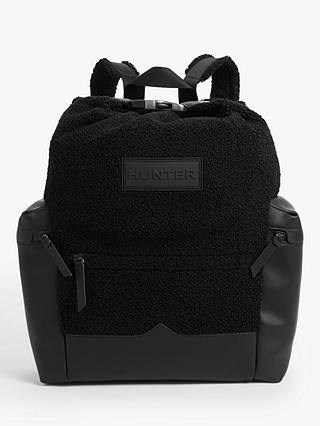 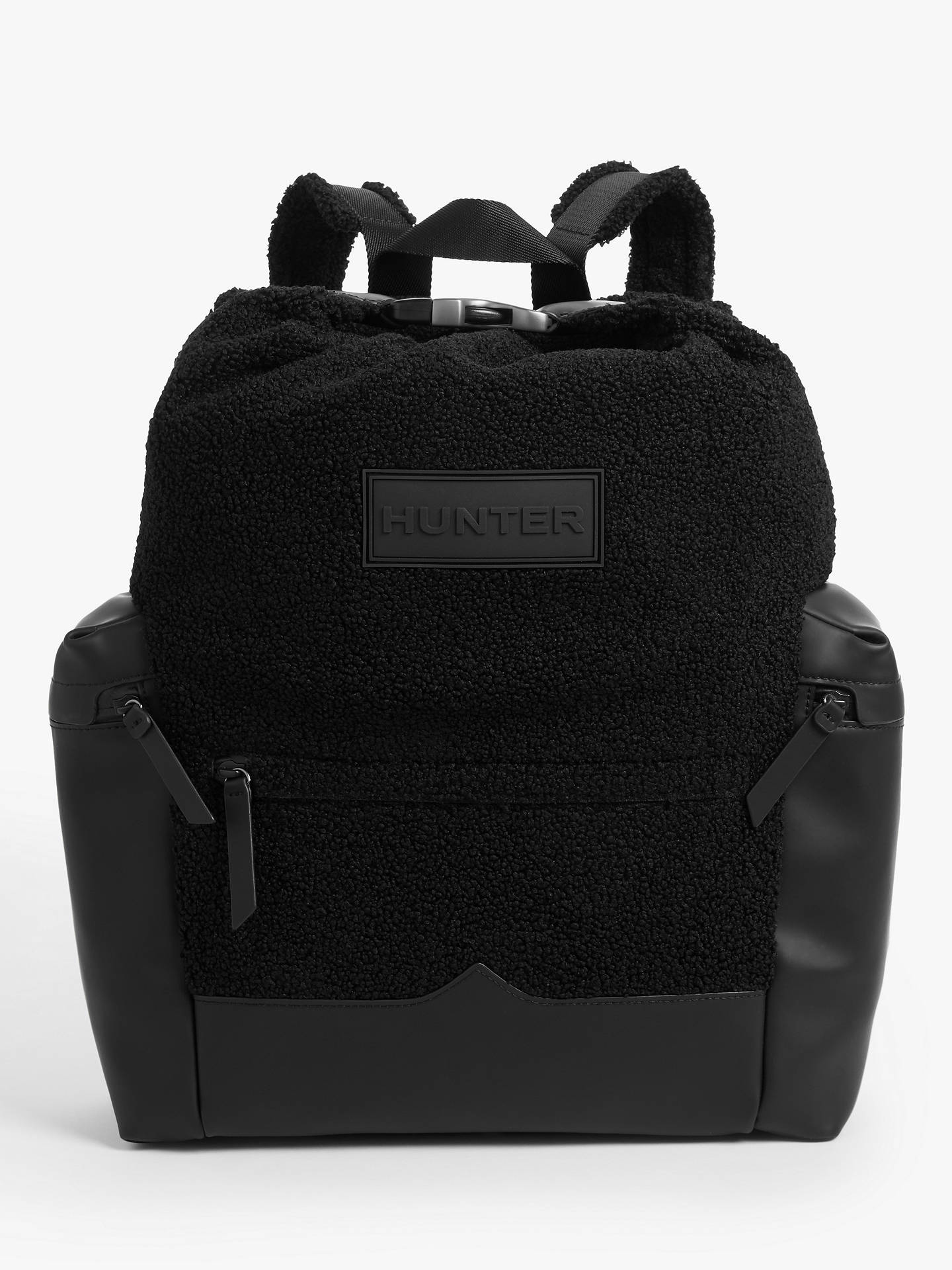 Now updated for the new season in a soft faux shearling finish, this Original Top Clip Backpack from Hunter is a fun and functional everyday bag.

Perfect for the colder months, its soft to the touch and features an external front pocket for easy access. Secured with a parachute clip and zip at the top, this bag features an internal lanyard with dog clip for all your keyring attachments.

Finished with leather trims and added sherpa on the straps for comfort, this sleek backpack combines fashion and function.

Founded in 1856, Hunter is a British heritage brand renowned for its iconic Original boot and holds two Royal Warrants of Appointment to HM The Queen and HRH The Duke of Edinburgh. The brand has a rich history of innovation and continues to forge designs that shield pioneers from the elements and bleakest of landscapes.

In 1856 an American entreprenuer, Henry Lee Norris, acquired a block of buildings in Edinburgh to use as a boot making factory. From four starting staff, the company had grown to 600 people by 1875.

With the advent of World War I, the demand for wellington boots grew dramatically. The company was asked by the War Office to design a sturdy boot suitable for trench warfare. By the end of the war, they had produced nearly 1.2 million pairs of trench boots.

Hunter was called upon again in World War II, supplying huge numbers of wellington and thigh boots. After the war, they moved to a larger factory in Heathhall Dumfries to meet the rising demand.

Hunter’s iconic design, the original Green Wellington, was first made in the winter of 1955. It was the company’s first orthopedic boot, and continues to be a popular design to this day. Hunter’s wide range are favourites for festival-goers, farmers, gardeners, and people who just want to look stylish as well as keeping dry.