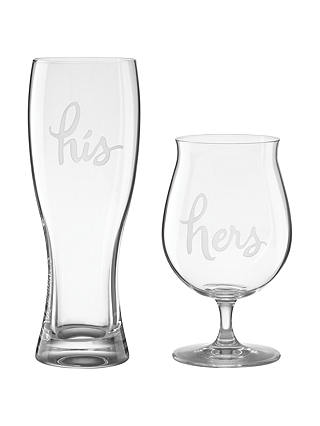 "kate spade new york Two Of A Kind His & Hers Beer Glasses, Set of 2" is no longer available online 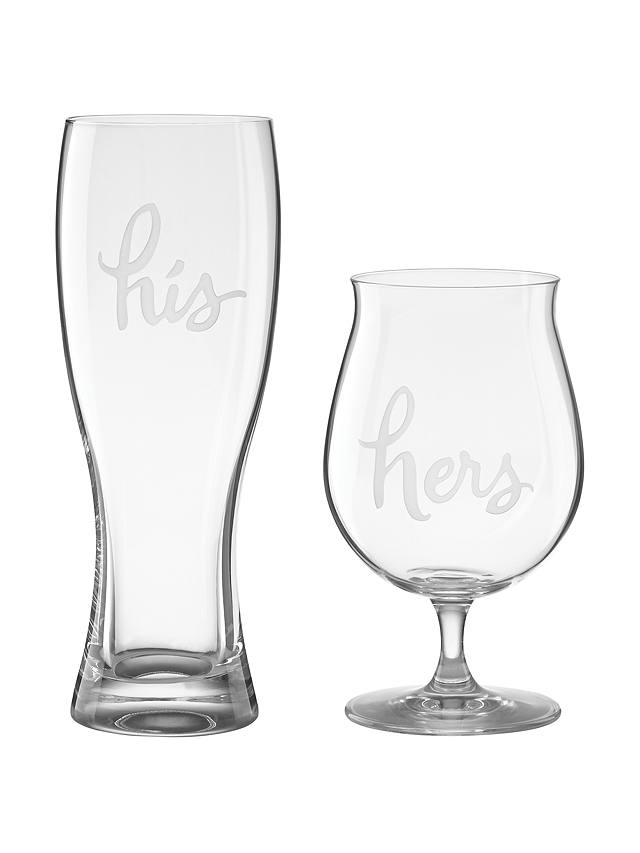 Celebrate your significant other with the beautifully etched kate spade new york Yours & Mine 2-piece Wine Glass Set; His & Hers 2-piece Beer Glass Set and ‘Our’ Decanter. Perfect for both formal and casual occasions, these lovely glasses will bring a bit of whimsy to your table and dinnerware. These great glass items also make a wonderful gift for your favourite couple.

In 1993, Kate Spade designed the utilitarian bag she had been craving for years but couldn’t find anywhere and so began a revolution in the accessories market. Simple silhouettes with clever details and crisp palettes soon established a visual shorthand for the brand that’s recognizable the world over. In 2007, Kate Spade turned the reins over to the design powerhouse, Liz Claiborne Inc. which then became Fifth & Pacific Companies Inc, and now operates under Kate Spade & Company (NYSE: KATE). Deborah Lloyd, formerly of Banana Republic and Burberry took the helm as Chief Creative Officer with an aim to broadening the line while honoring Kate’s rich history. Today you’ll find the brand on the arms of women everywhere with nearly 300 kate spade new york stores worldwide and a thriving e-commerce business. More from kate spade new york