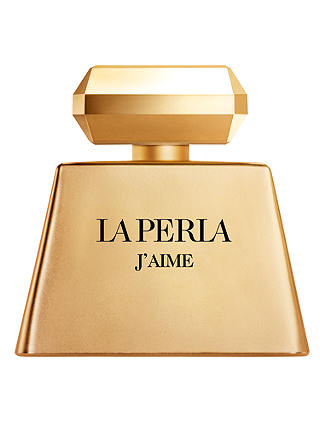 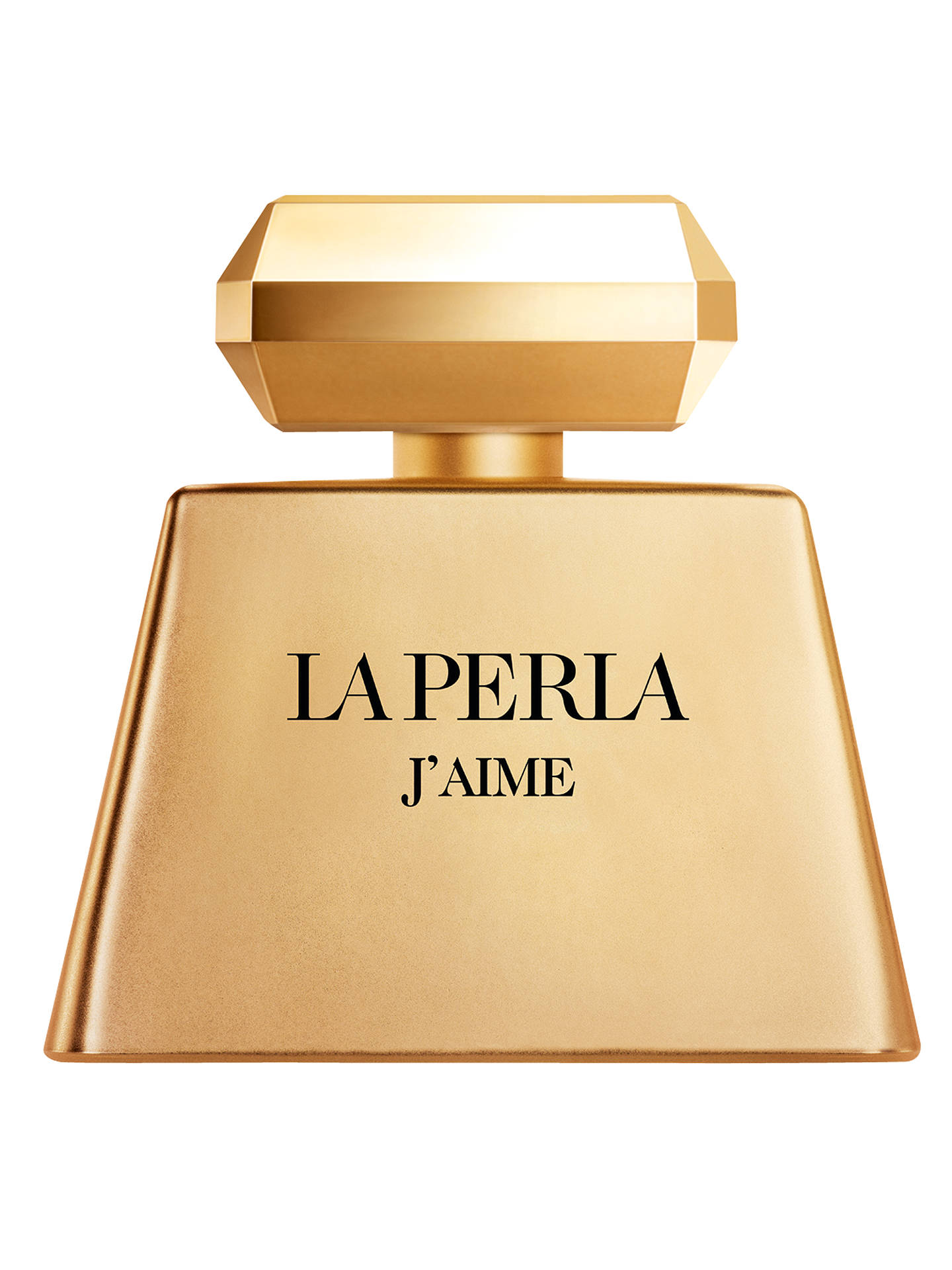 La Perla J'aime Gold Eau de Parfum opens with the exalting freshness of bergamot, sparkling with lychee and black pepper. Passionate and refined, a heart of Egyptian jasmine floats among tender water flowers, illuminated by the bright intensity of raspberry.

Its sensuality unfolds in warm base notes of caramel, musk and patchouli fused with golden amber. A charmed fragrance made even more sumptuous in a new, limited-edition collector bottle.

The fascinating story of La Perla began in a lingerie atelier in Bologna, with Ada Masotti – an artisan trained in the tradition of handcrafted Italian corsetry, which dates back centuries, offering custom-fitted corsets for wealthy women. But why La Perla (‘the pearl’)? Because every creation that Ada presented to her clients was showcased in a case lined in red velvet, as if it were a jewel.

Today, La Perla is also known for swimwear – and for bridal wear, a natural progression for a company with such long links with lace craftsmanship. (To celebrate its 50th anniversary in 2004, La Perla put together a collection made with the airiest Valenciennes lace, produced on the 19th Century looms of Calais, once the centre of the lace-making world.) At the new flagship boutique on Bond Street, luxury lingerie has been taken to a new dimension – with a new made-to-measure service, offering lingerie created from macramé-woven gold thread, even hand-embroidered with the wearer’s initials.

If you say ‘La Perla‘ many of us will nowadays immediately think of exquisite fragrances, too. In 1986, La Perla Parfum – the very first La Perla fragrance – was created, to express the essence of La Perla‘s seductive, luxurious signature through a contemporary chypre scent, with spicy roses, amber, benzoin. As perfume blogger The Non-Blonde commented, ‘It doesn’t really flirt, because there’s no need. A sideways glance is all it takes to mesmerise and draw others in…’ None other than Pierre Dinand – the most celebrated bottle designer in the perfume universe – was enlisted, to create a bottle with a sensuously curving shape that perfectly captured the spirit of La Perla.