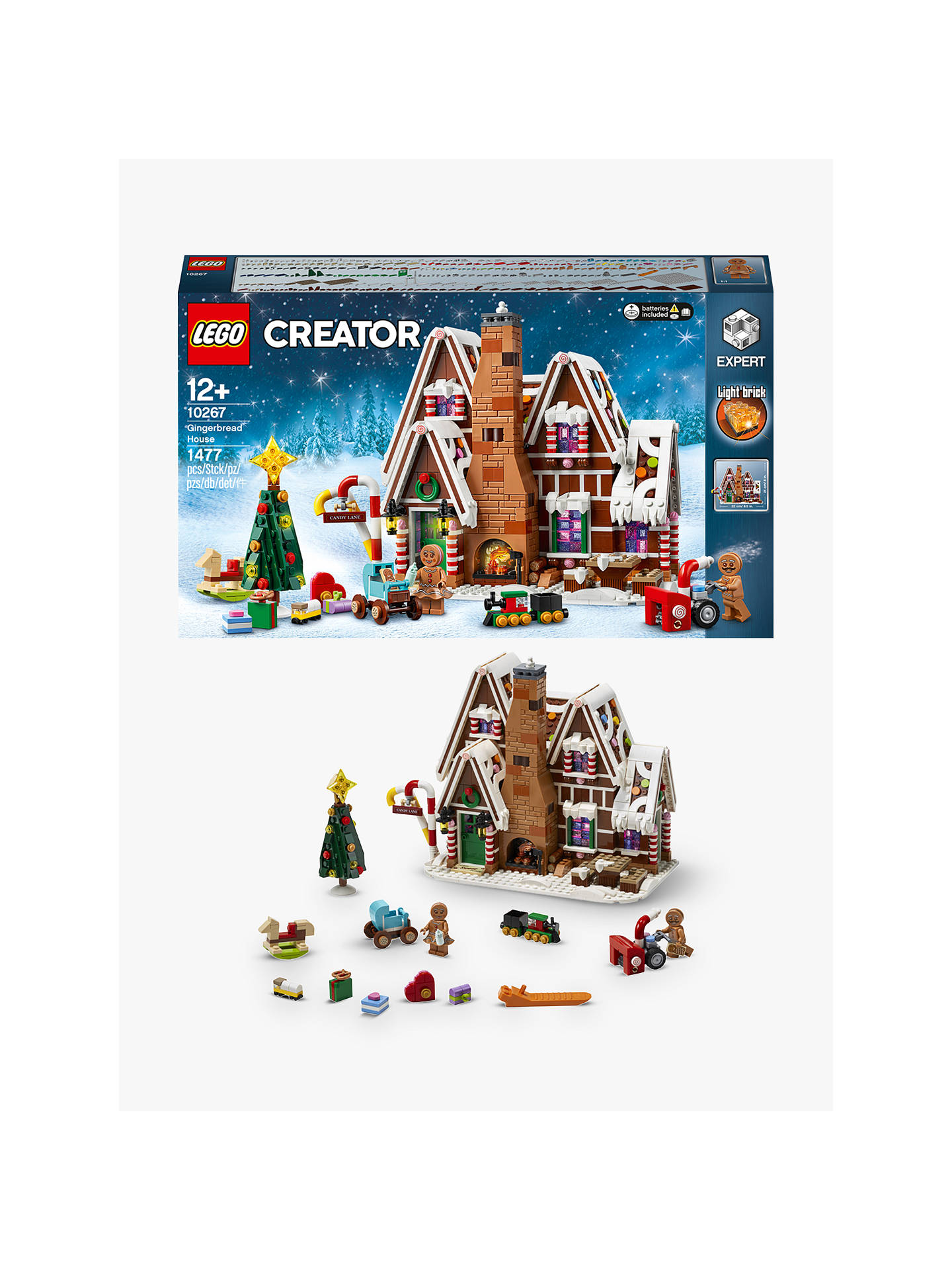 Featured in our Top Gifts Edit

Celebrate the holidays with this festively decorated Gingerbread House set from LEGO!

A treasure chest of magical details, this amazing playset features frosted roofs with colourful candy buttons and a delicious facade with candy-cane columns, glittery windows and a tall chimney stack with a light brick glowing fireplace!

Press down on the Light Brick button to set the fire aglow, help clear the sidewalk with the snowblower and nestle the gingerbread baby in its carriage. Gather around the Christmas tree with its wrapped gifts and toys - who will get the rocking horse and toy train?

Now the big day is over tuck Mr and Mrs Gingerbread up in their chocolate bed after they've had a relaxing soak in their bathtub.

The company that was destined to become LEGO started life as being a small workshop that produced wooden toys, run by Ole Kirk Christiansen in 1932. The name ‘LEGO’ was adopted in 1934, coming from the Danish phrase ‘leg godt’, which means ‘play well’. It wasn’t until 1947 that they started producing plastic toys, with the first version of the now infamous interlocking bricks coming in 1949.

They weren’t quite the bricks that people are used to nowadays, being made from a different material and having a slightly different locking system. It was actually Christiansen’s son Godtfred Kirk that saw the potential for the bricks to become a tool for creative play and in 1958, the modern brick design was born. From this date, despite variation in the design and purpose of individual pieces over the years, each remains compatible in some way with previous pieces. So you could have a LEGO set from 1958 and it would still be completely compatible with a modern set.

Since the 1960, thousands of sets have been released covering everything from Aliens to the Wild West. The only area that the company has never tackled directly is military-themed sets, because Ole Kirk set a policy that they must never make war seem like child’s play. The largest ever LEGO set to date is a scale-model of the Taj Mahal, which was made out of 5922 pieces.

The LEGO Group's motto is ‘det bedste er ikke for godt’, which roughly translates to "only the best is the best". Ole Kirk Christiansen came up with this phrase to encourage workers to always produce the highest quality toys possible.

Nowadays, LEGO makes a vast range of toys for all ages, as well as teaching materials for children, which are distributed in over 130 countries. The company has approximately 10,000 employees and is the world's third largest manufacturer of play materials.