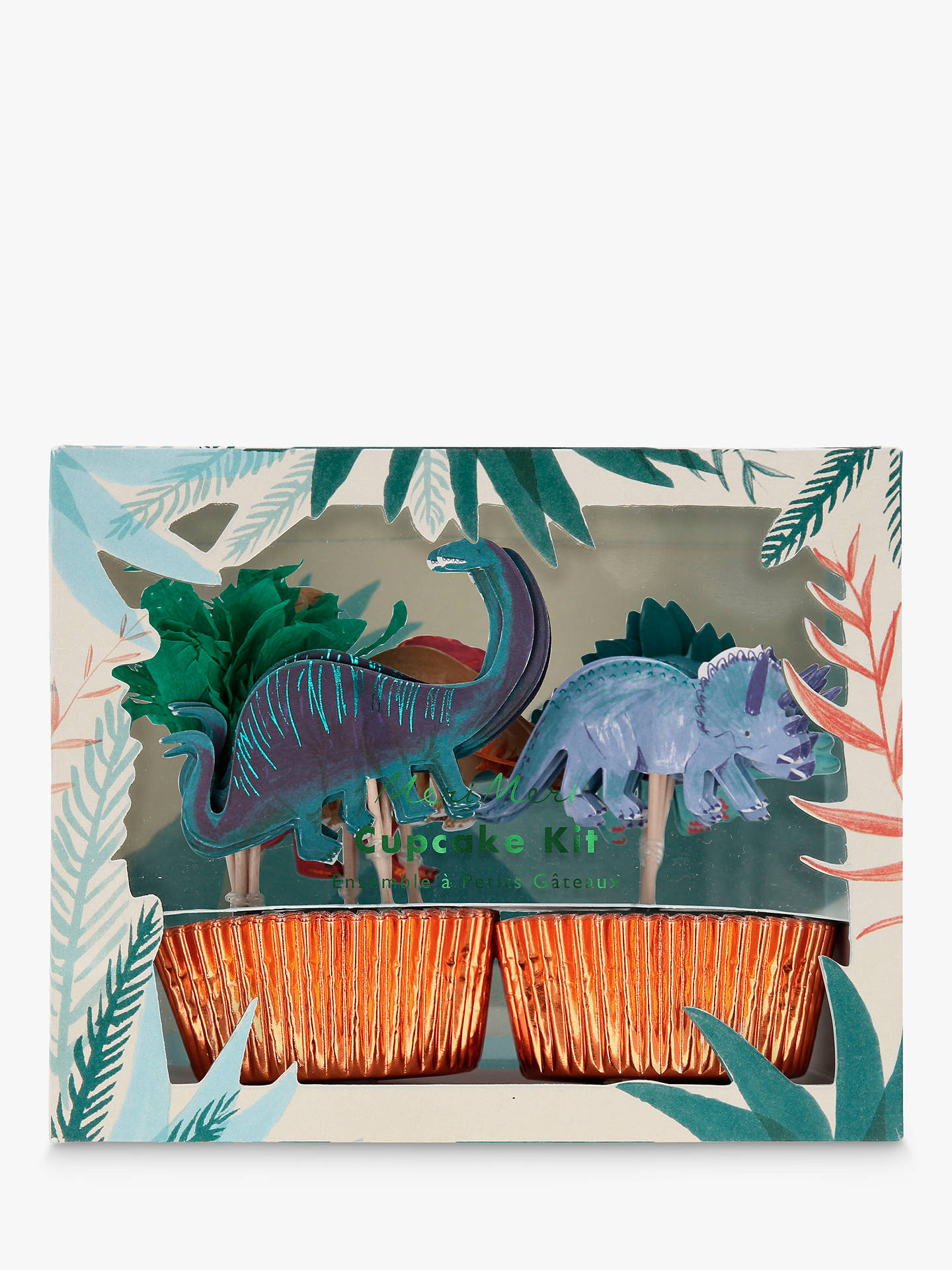 This set contains 24 wooden stick toppers, in 6 designs, together with 24 coordinating cupcake cases with green and copper foil detail.

It began in Los Angeles in 1985 when Meredithe, whose childhood nickname was Meri Meri, was sitting at her kitchen table with some scissors, pens and a big pot of glitter. The brand’s first cards were made that way.

Then, in 1987, the little range of handmade cards was presented at the National Stationery Show in New York. The response was phenomenal.

These days, Meredithe heads a studio of twenty designers and artworkers and Meri Meri products are sold all over the world. Life is a little busier than it used to be with the brand expanding beyond traditional cards and invitations to bakeware, gifts, partyware and so much more.