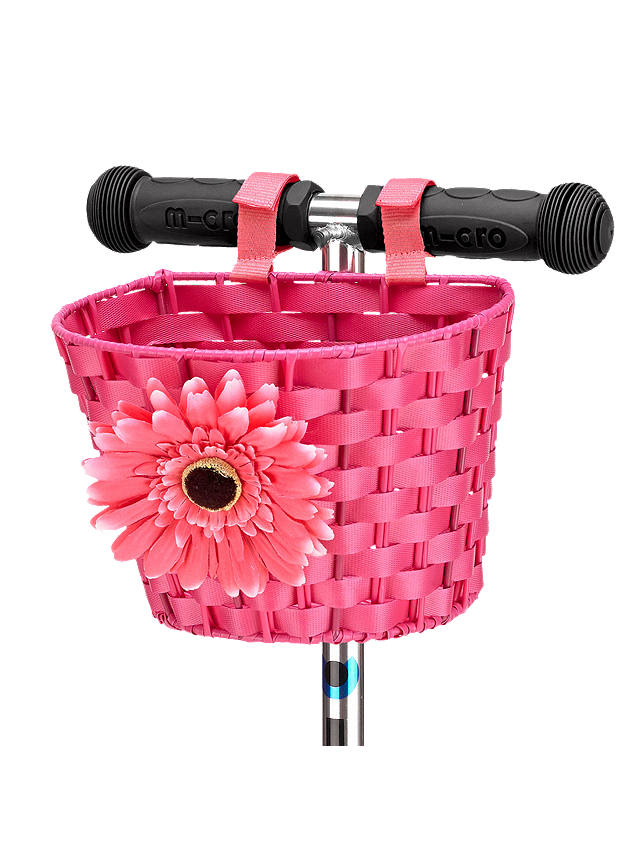 Add some colour to your child's Micro Scooter with this fun basket.
Ideal for storing all their essentials as they scoot about, this accessory attaches easily to all scooters with riptape fasteners.

The first Micro scooter was invented in Switzerland when a group of friends wanted a quicker way to get from A to B without relying on bulky bikes or having to haul their car out of the garage. Since then, they have sold millions of their streamlined folding scooters around the world.

After spotting the Swiss scooter in a Clapham playground, two mums, Anna and Philippa, teamed up to distribute Micro scooters in the UK and share their passion for Micro’s bright idea with the nation. John Lewis was the first big name to stock the ingenious new toy, and now Anna and Philippa have helped to sell one million scooters to British children. More from Micro Scooters