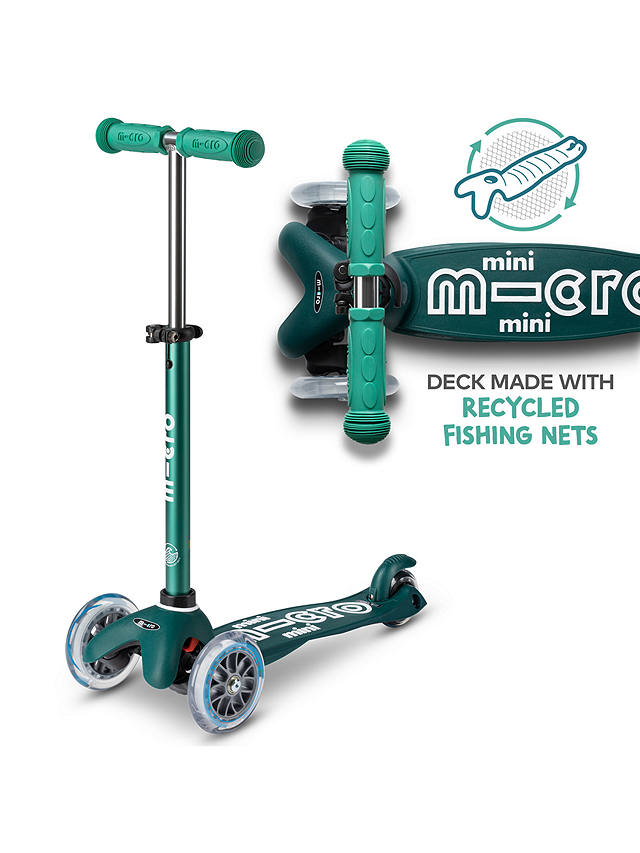 Voted one of our top toys for Christmas 2020.

Micro are the premium scooter brand in the UK. The multi-award-winning Mini Micro Deluxe has been revered and recommended by millions of families in the UK for nearly 20 years. In fact, it was this scooter that changed the school run is done.

Firm believers that everyday actions impact the planet we live on, the engineering and design team at Micro Scooters have made the deck of the new Mini Micro Deluxe from recyclable materials.

Repurposing old, discarded fishing nets from the ocean, said nets are then cleaned and broken down into chips. The chips are then melted, coloured and poured into the deck mould on the Mini Micro Deluxe.

Combined with Micro’s suite of replaceable parts we are delighted to be offering this exciting innovation in scooting to you. Which means generations of kids can tread lightly on their planet.

Number of People Required to Assemble

Indicates the number of people required to put the product together

The first Micro scooter was invented in Switzerland when a group of friends wanted a quicker way to get from A to B without relying on bulky bikes or having to haul their car out of the garage. Since then, they have sold millions of their streamlined folding scooters around the world.

After spotting the Swiss scooter in a Clapham playground, two mums, Anna and Philippa, teamed up to distribute Micro scooters in the UK and share their passion for Micro’s bright idea with the nation. John Lewis was the first big name to stock the ingenious new toy, and now Anna and Philippa have helped to sell one million scooters to British children.