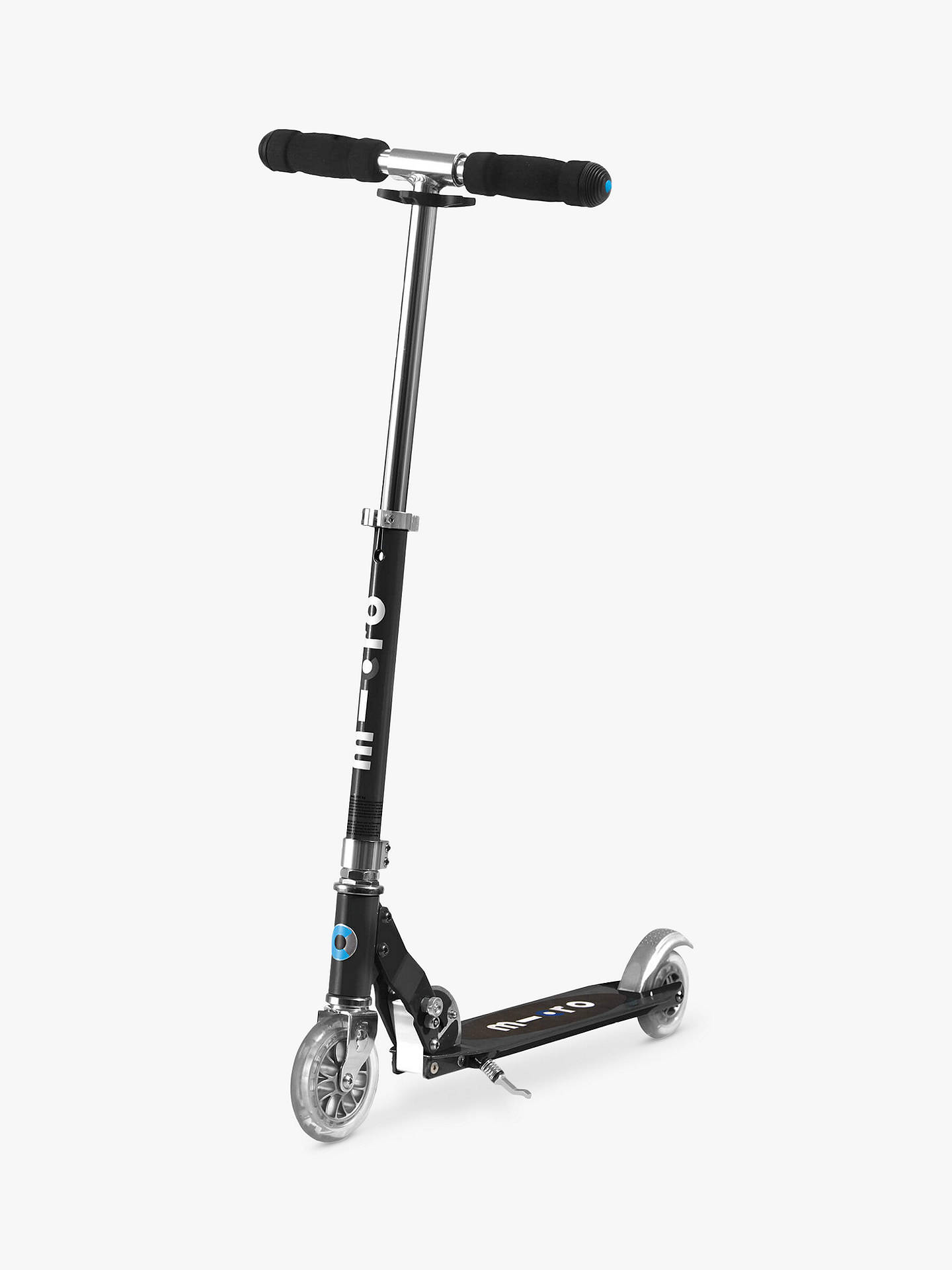 The Micro Sprite is an ideal model for beginners who want to start riding a 2-wheel scooter and for children to ride to school on. What's more, it's excellent value for money too.

A light-weight but strong model that is foldable, making it easy to store and transport around. The scooter features 360 degree turning and steers like a bike, which provides great manoeuvrability for children to have full control of the scooter.

Please note:  the handle height can be between 65-95cm.

Please note: We recommend that when using your scooter it is safe to wear a helmet at all times. Please browse the selection of helmets on our website and ensure safety is maintained at all times.

Though they're eager to hop on their scooter, ensuring your child's safety is vital, choose a helmet to keep them protected while riding at all times.

The first Micro scooter was invented in Switzerland when a group of friends wanted a quicker way to get from A to B without relying on bulky bikes or having to haul their car out of the garage. Since then, they have sold millions of their streamlined folding scooters around the world.
After spotting the Swiss scooter in a Clapham playground, two mums, Anna and Philippa, teamed up to distribute Micro scooters in the UK and share their passion for Micro’s bright idea with the nation. John Lewis was the first big name to stock the ingenious new toy, and now Anna and Philippa have helped to sell one million scooters to British children.
More from Micro