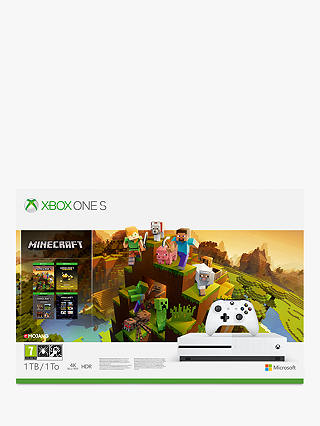 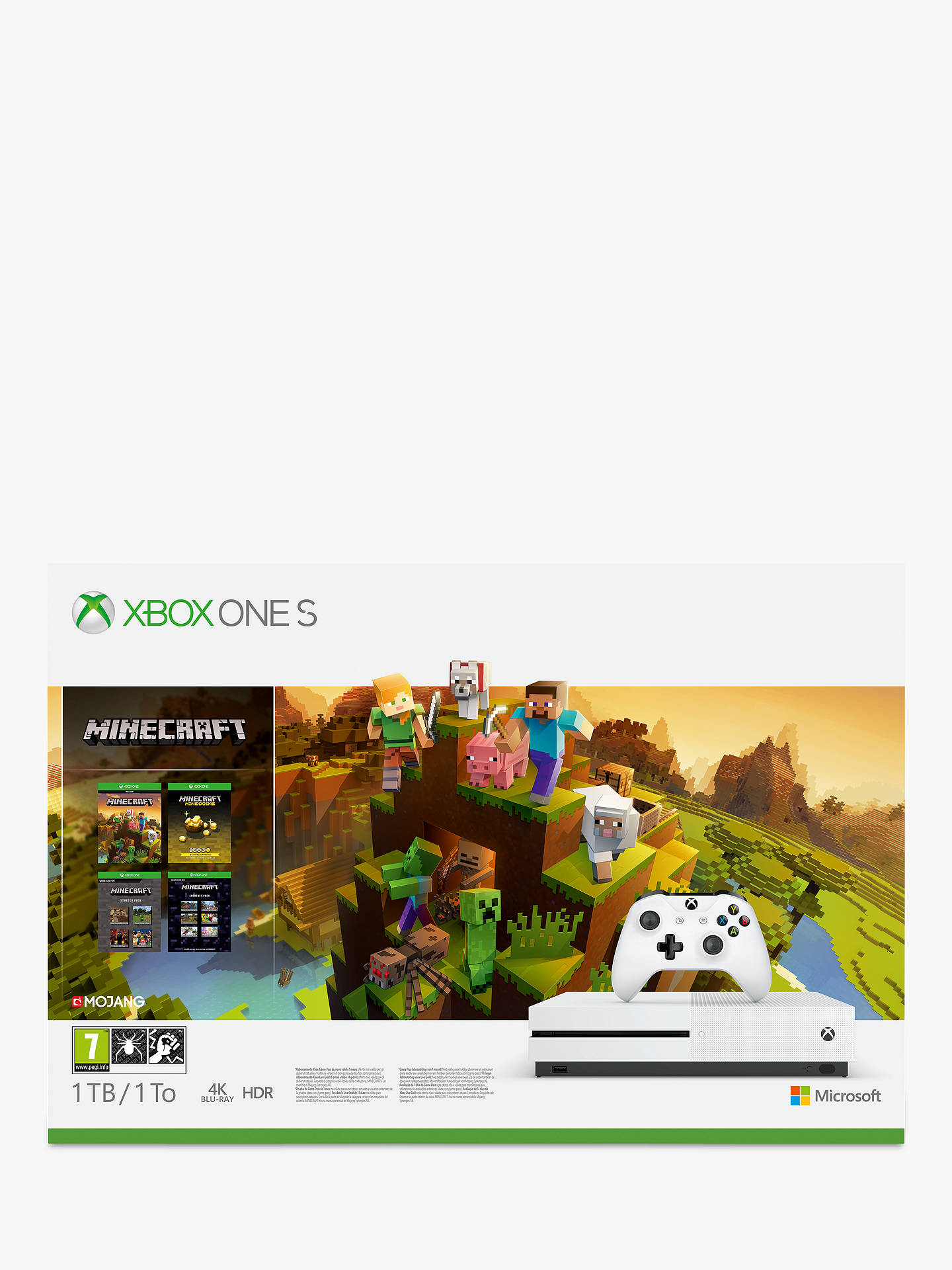 Xbox One S
Xbox One S introduces HDR and up to 4K Blu-Ray and Streaming. The internal power supply and new form factor mean that it's 40% smaller than the previous model.

4K Ultra HD Blu-ray and Streaming
If you have a 4K television, why be satisfied with last-generation technology? With four times the resolution of standard HD, 4K Ultra HD delivers the clearest, most realistic video possible. Stream 4k content on Netflix and Amazon Video and watch Ultra HD Blu-ray movies in stunning visual fidelity with High Dynamic Range. If you have a 3D television, you can play compatible 3D Blu-ray disks too.

IR Blaster
Configure your Xbox One S to turn on other devices, like your TV, audio/video receiver and cable/satellite receiver. Whether you’re playing a game or watching a movie, the integrated IR blaster will get you to the action faster, allowing you to leave your remotes behind.


Minecraft Creators
Get ready to break some blocks and get building, defending and, of course, venturing into the infinite lands of Minecraft. Explore the mighty mountains and living oceans of infinite worlds, thrilling minigames and so much more!

This collection includes the Minecraft base game, 1000 Minecoins and loads of great Creators content. Join the online community of Minecraft builders and players with a 14-day Xbox Live Gold trial. Build, dig and craft together with friends who are on PC, mobile, VR and console.