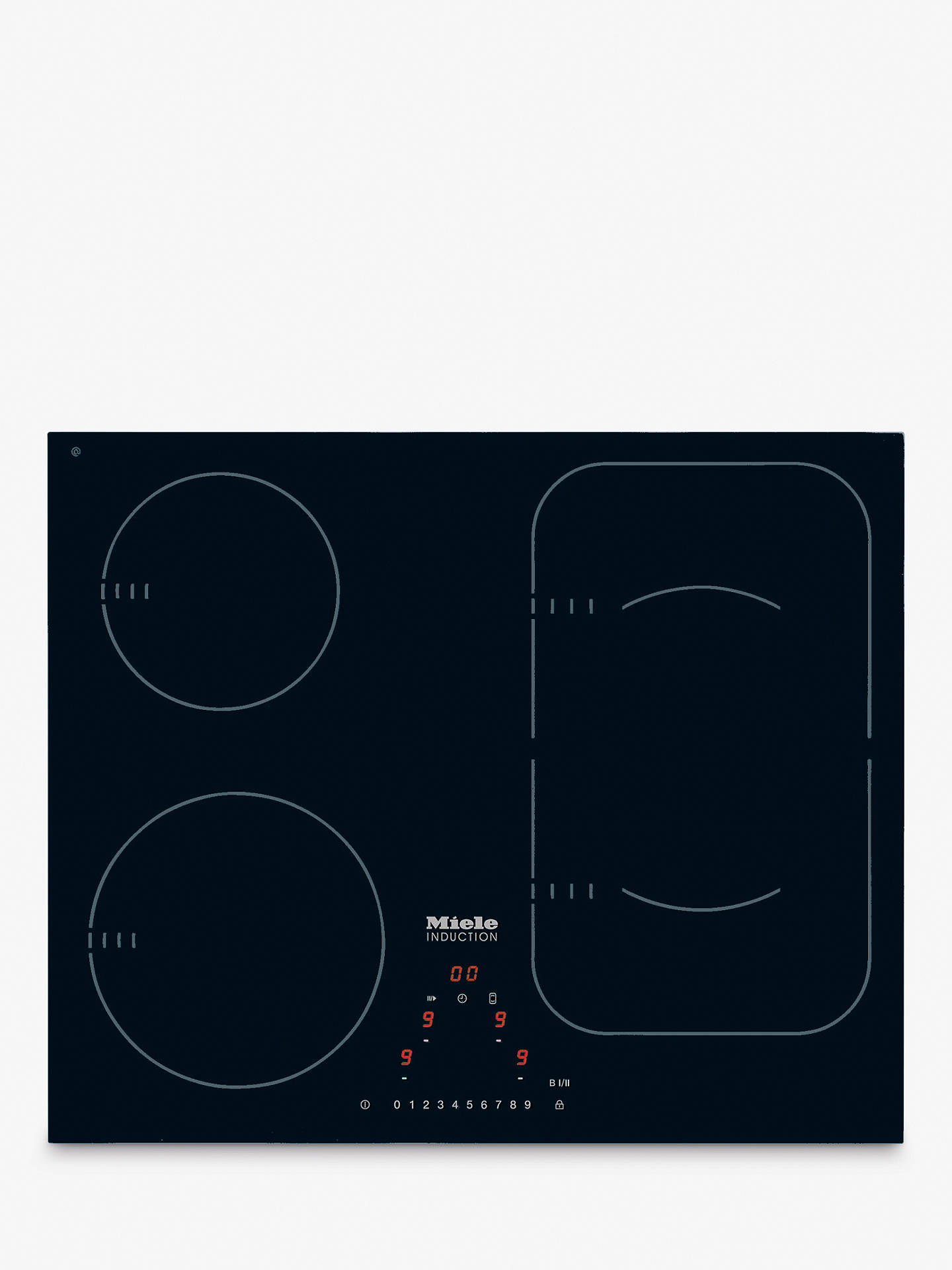 Create cooking masterpieces with ease thanks to this incredibly functional KM6323 Induction Hob by Miele. Featuring 4 powerful cooking zones and 1 PowerFlex cooking area, allowing you to heat large cookware quickly, this hob will give your kitchen maximum versatility and performance.

The KM6323 has easy-to-clean ceramic glass which means food can no longer burn and because the hob surface remains relatively cool, soiling can be removed easily. This hob also has pan size recognition, where the size of the pan is recognised by the cooking zone and energy is supplied to this area only. Induction heating means no heat loss in the hob, so the ceramic glass surface stays relatively cool keeping you and your family safe.

This model has a number of features to ensure your cooking experience is as convenient as possible. The Stop & Go function ensures nothing will burn, when activated all cooking zones can be reduced to power level one simultaneously. A keep warm function means food can be kept at serving temperature, while the auto heat-up function gives an initial power boost before reducing power to prevent burning. Unique programmable options allow basic hob settings to be adapted to suit personal preferences.

The intuitive hob also has a range of safety functions to reduce kitchen accidents. For example, if there is no pan on a zone when switched on, the power supply is interrupted immediately. The residual heat indicator reminds you not to touch the hot cooking zones and safety switch-off engages if a zone operates on the same power level for an unusually long time, and will then turn off automatically. The safety and system lock prevent accidental or unauthorised switching on of the hob and the hob automatically switches off in the case of extreme heat as well.

Driving innovation and creating delightful experiences every day, everywhere, Miele is a German manufacturer of premium domestic appliances. For over 100 years every product has been designed with precision, purposeful thinking, world class engineering and quality that will stand the test of time.

Each model is tested to last for the equivalent of 20 years’ use, a key factor in three consecutive Which? Best Home Appliance Brand award wins. Their company motto “Immer Besser” or “Forever Better” is at the heart of everything they do; they design meaningful appliances which are easy to use and improve the lives of their consumers.