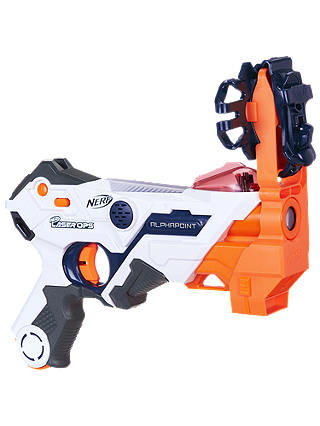 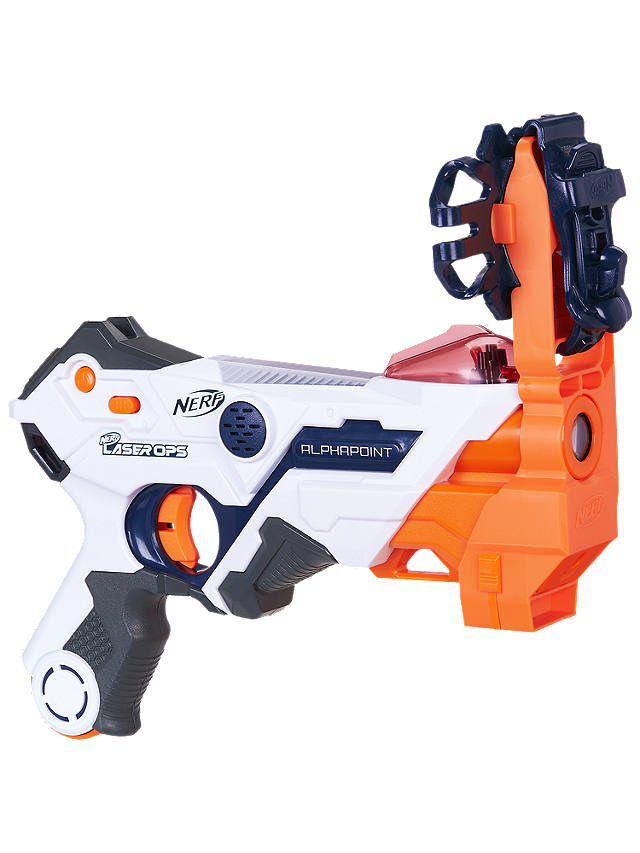 The Nerf Laser Ops Pro AlphaPoint Blaster gives you everything you need to face off in head-to-head live-action laser battles - right out of the box!

It fires a single-shot IR burst with each trigger pull and registers hits with lights and sounds, while lights display health status and ammo capacity. The blaster has unlimited ammo and a quick-reload button to replenish supply.

Select to face off in a team or free-for-all. Adjust for the environment with the indoor-outdoor switch. You can amp up the play via the free Laser Ops app by using the included armband to wear a smartphone device (not included) on their arm.

In the app, access real-time battle intel that to customize the blaster, track your performance, earn power-ups, and locate opponents during battle. Attach the included solo attachment to the blaster for single-player battling with the app.

Created by the Parker Brothers in 1970, Nerf continues to bring blaster fun to active kids. With the aim to bring outdoor fun inside, the initial product launched was the nerf ball, which was the world’s first official indoor ball and was made from foam.
An instant hit, the Parker brothers spotted the gap in the market for safe active toys and continued to grow their range to include their most popular product, the blaster gun. More from Nerf