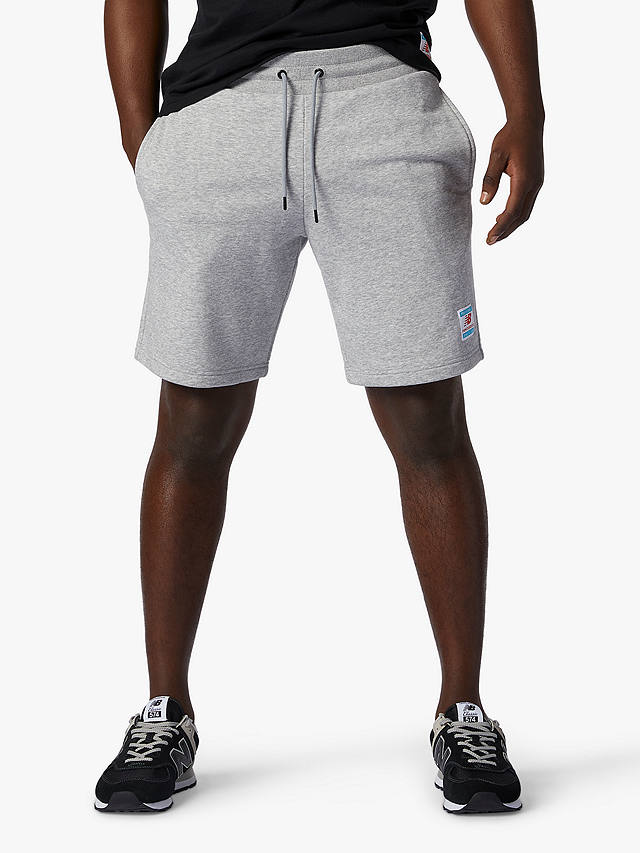 Ones for the casual edit, these sweat shorts from New Balance are made from a cotton-rich blend for a super-soft and breathable handle.

New Balance was conceived back in 1906 in Boston, Massachusetts, originally producing arch supports and prescription shoes. Founder William Riley named the company after observing chickens in his yard could maintain perfect balance on their three-clawed feet.

By 1938, Riley developed the first pair of New Balance running shoes for a local running club, and in 1960 he manufactured the world's first performance running shoe in multiple widths, the Trackster. By 1976 the New Balance 320 and 305 were named world's best running shoes by Runner's World, catapulting the brand to the forefront of modern athletic shoe design.

In 1981 New Balance launched the most enduring, technical running series in the USA; the 990, which was also the first running shoe to break the $100 price market.

Over the past 100 years, New Balance has grown substantially whilst forging a reputation for a commitment to performance and fit for the runner, producing an extensive selection of combinations of widths and sizes, whilst actively supporting domestic manufacturing within the USA and England.

Today, New Balance's UK factory produces over 4,600 pairs of shoes each day, exports to over 50 countries, and manufactures the majority of footwear sold with in the UK, making sure every shoe fits and performs well.