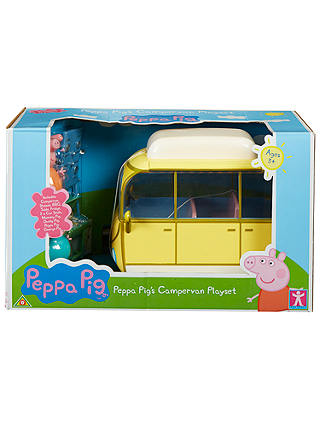 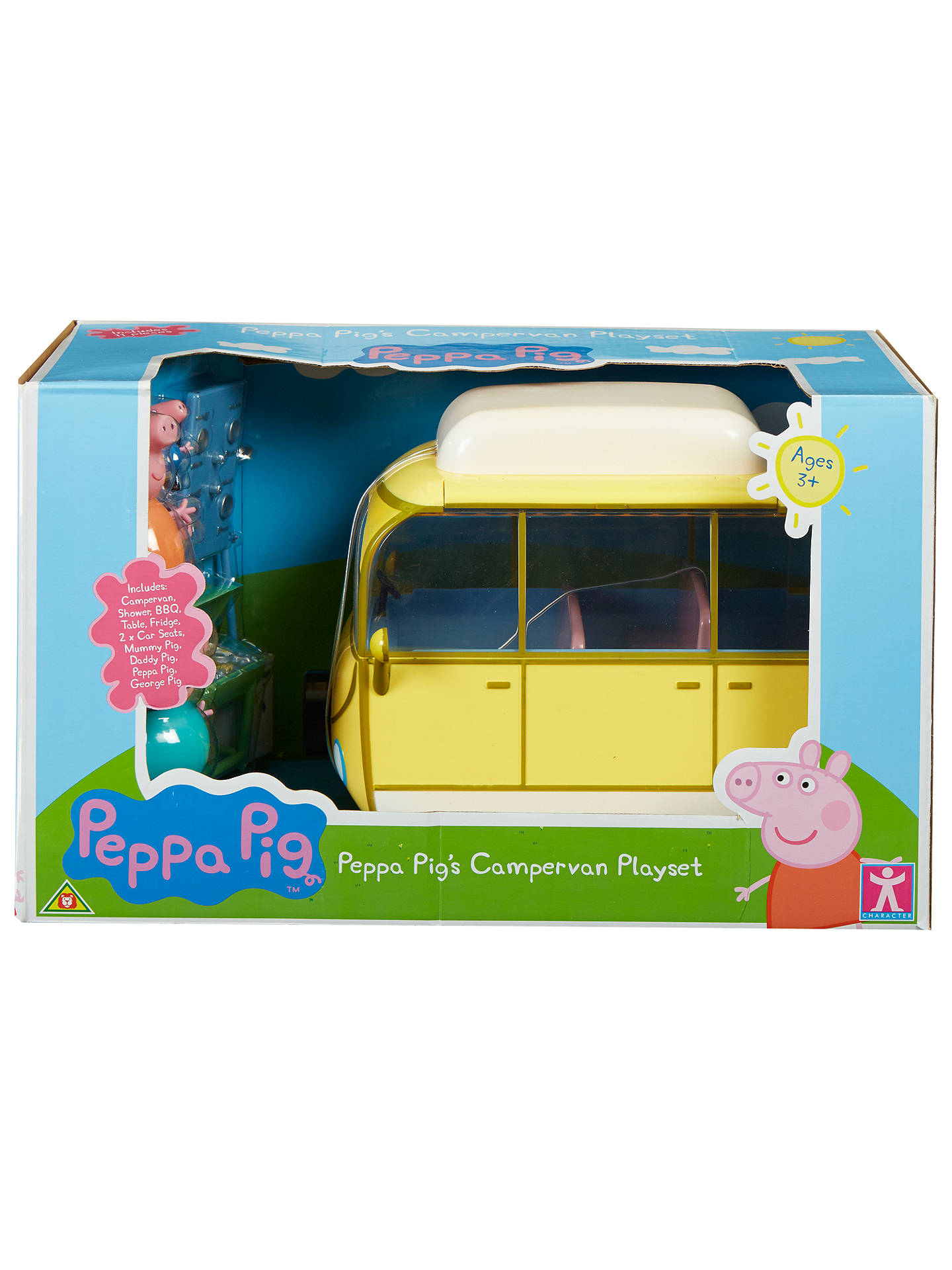 Peppa Pig is ready to see the great outdoors travelling in her classic campervan.

This free-wheeling campervan has an extendable, wind-out awning and removable seats and table.

Lift off the roof and set up to cook because there's always time for a barbecue on camping adventures.

A phenomenally popular British animated Children’s TV show that airs on Channel 5 and Nick Jr. It follows the lives of Peppa and her younger brother George as they carry out everyday activities such as riding their bikes, going to play school and visiting their family.
Each episode is approximately 5 minutes long and at the time of writing, 196 episodes have aired across four series, with the show being broadcast in over 180 territories. More from Peppa Pig