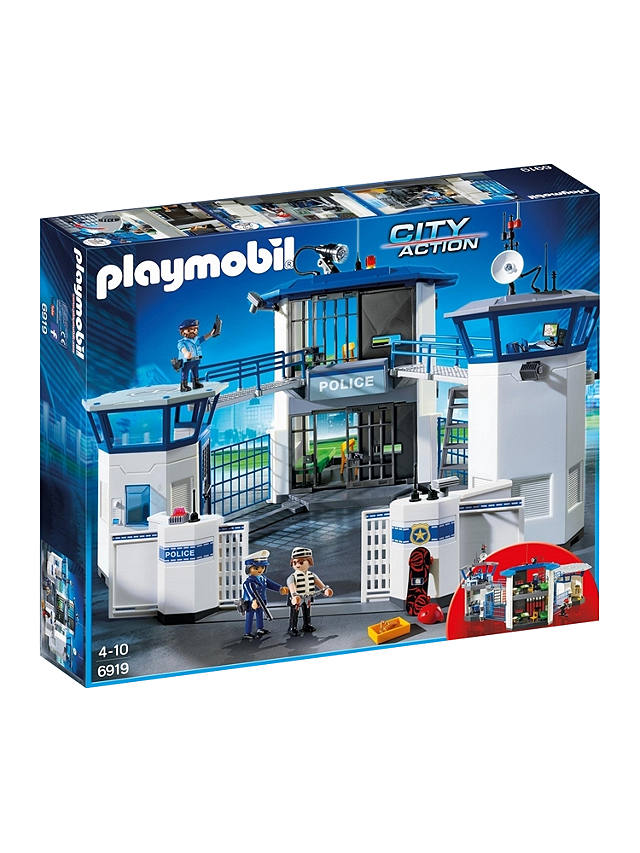 The City Action Police Headquarters with Prison is the ultimate police station set from Playmobil.

Featuring lockable jail cells, a control room and a weapons store, the police HQ is entered through the sliding front gates. It even has a helicopter landing pad and room for a Police Squad Car (sold separately). One of the jail cells has a breakaway wall for escaping prisoners.

This set includes 2 Playmobil police officers, a Playmobil prisoner and over 50 accessories including a fingerprint scanner.