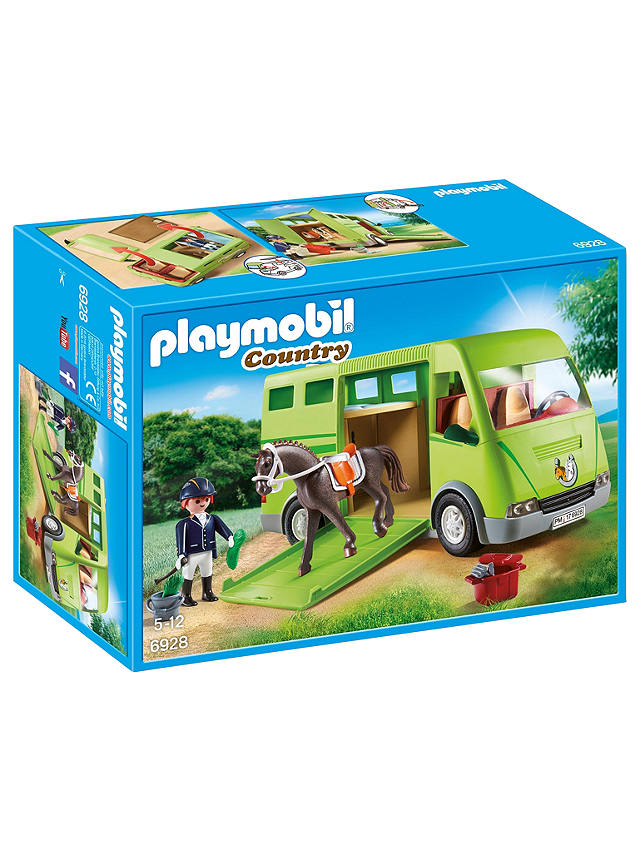 
The Playmobil Horse Box is the perfect vehicle for transporting horses and ponies to stables or your next big horse show!

There is space for two horses who can be loaded from the side ramp with space inside for two figures to sleep. There's an opening sliding door, removable roof and a windshield that allows easy access to the inside of the vehicle. The rear doors open to store all the tack needed including saddle, reins and grooming kit.

This set includes 1 Playmobil figure, 1 Horse and lots of accessories.