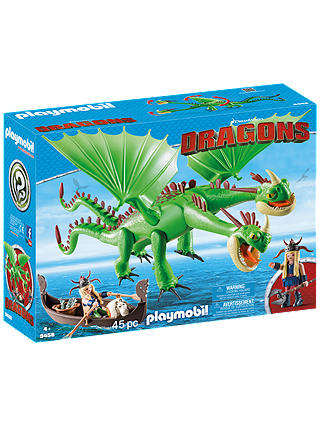 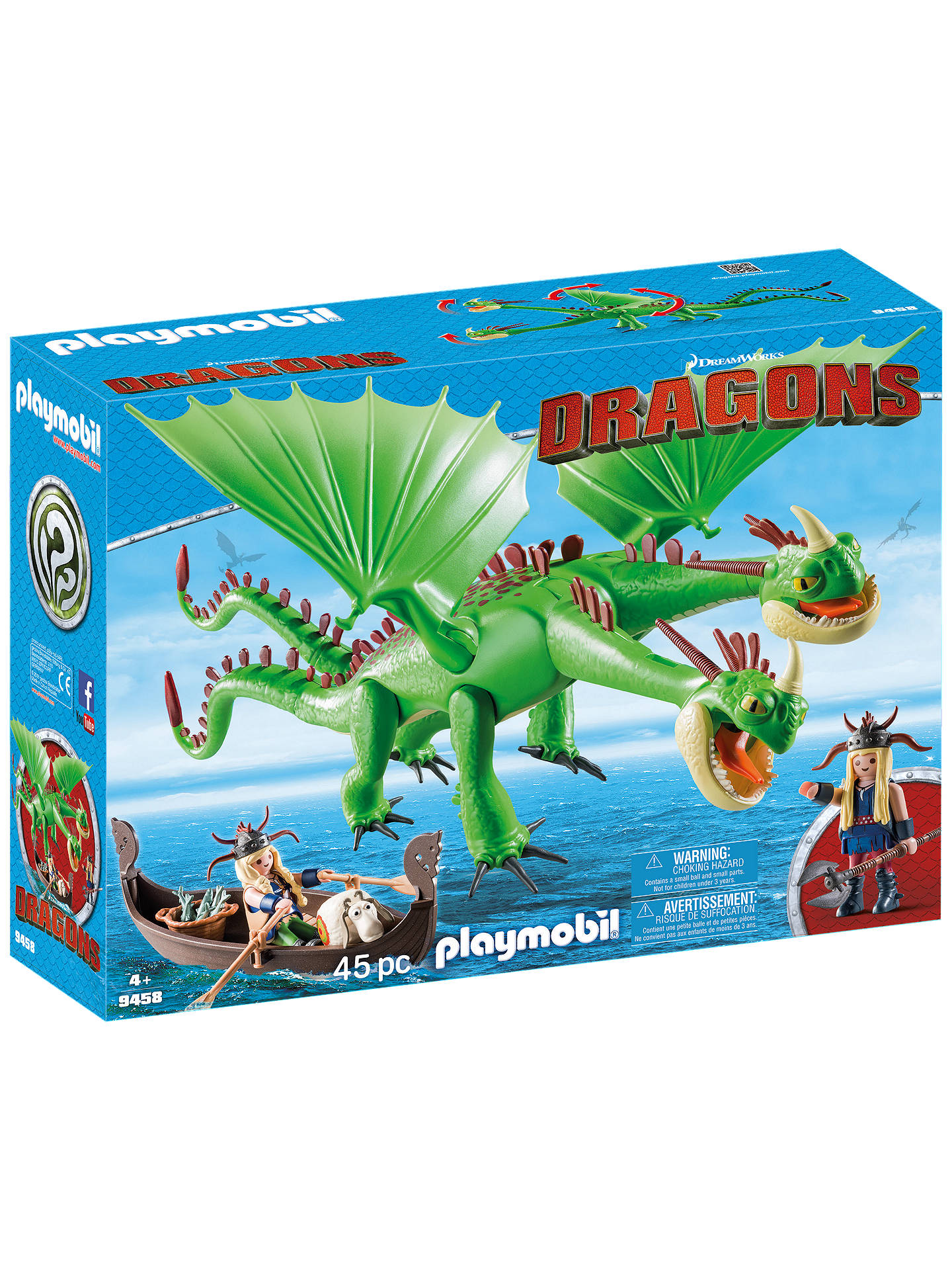 Based on the hit TV show DreamWorks Dragons, this awesome Ruffnut and Tuffnut with Barf and Belch play set from Playmobil will allow fans to re-live and recreate all their favourite moments and adventures.

Help the twins and their two-headed dragon soar across the sky to the adventures that await them. Help them train their dragon by sailing out in the Viking boat and using the tossing sheep as a training tool.

The set includes Ruffnut and Tuffnut, the two-headed dragon, a sheep, Viking boat and accessories and is perfect for helping to stimulate senses, develop motor skills and encourage imaginative play amongst young minds.