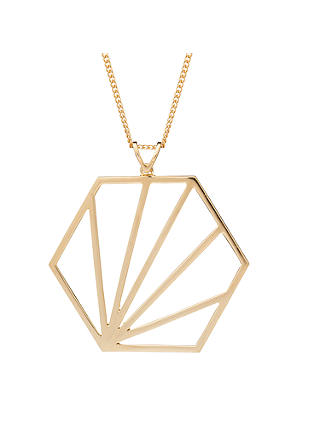 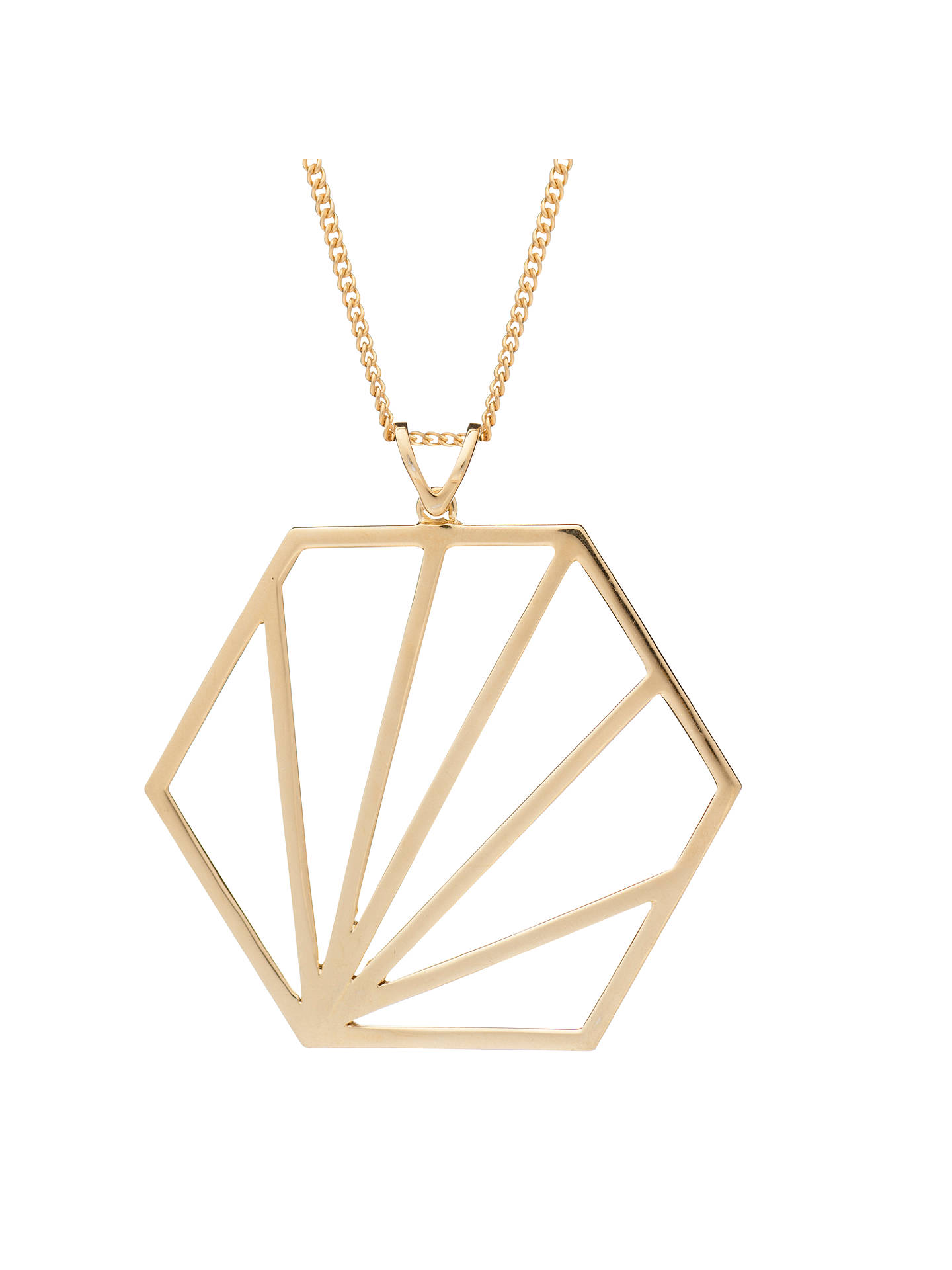 Versatile and a style essential, this hexagon pendant necklace from Rachel Jackson London will effortlessly keep any look on-point.

The chic designs stands out with its long curb chain and refined cut-out hexagon pendant. The necklace is made from sterling silver and offers an optional 22ct gold plating.

For a complete look wear with the coordinating cuff and drop, stud or hoop earrings.

Supplied in a gift box.

Lancashire born Rachel, started selling her wares in 2006 on a market stall in Spitalfields, London. She had just returned from a life-changing trip around the world and decided to take a leap of faith, leaving her career in the music industry behind to pursue her passion for jewellery. At the the time, she had no experience; just a deep felt belief that life is short and you should at least try to do what you love.

At first Rachel designed and made her jewellery from her kitchen table, but within three years her designs were being sold in over 100 stores worldwide and she moved to a beautiful studio in East London, where she still works now – alongside a hugely passionate and talented team.

In 2009 Rachel was selected by Goldsmiths as one of eight Best of British Designers, in 2011 she was named a ‘next generation entrepreneur’ by Economia magazine, in 2014 she collaborated with Liberty of London and in 2015 the team won ‘Best Store Front’ at the 'Not on The High Street' Awards. More from Rachel Jackson London