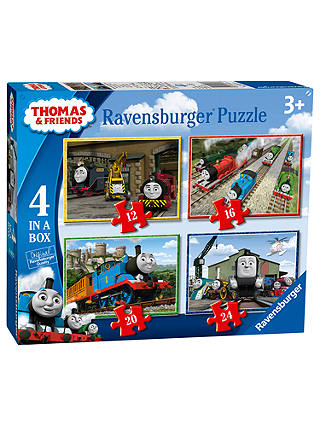 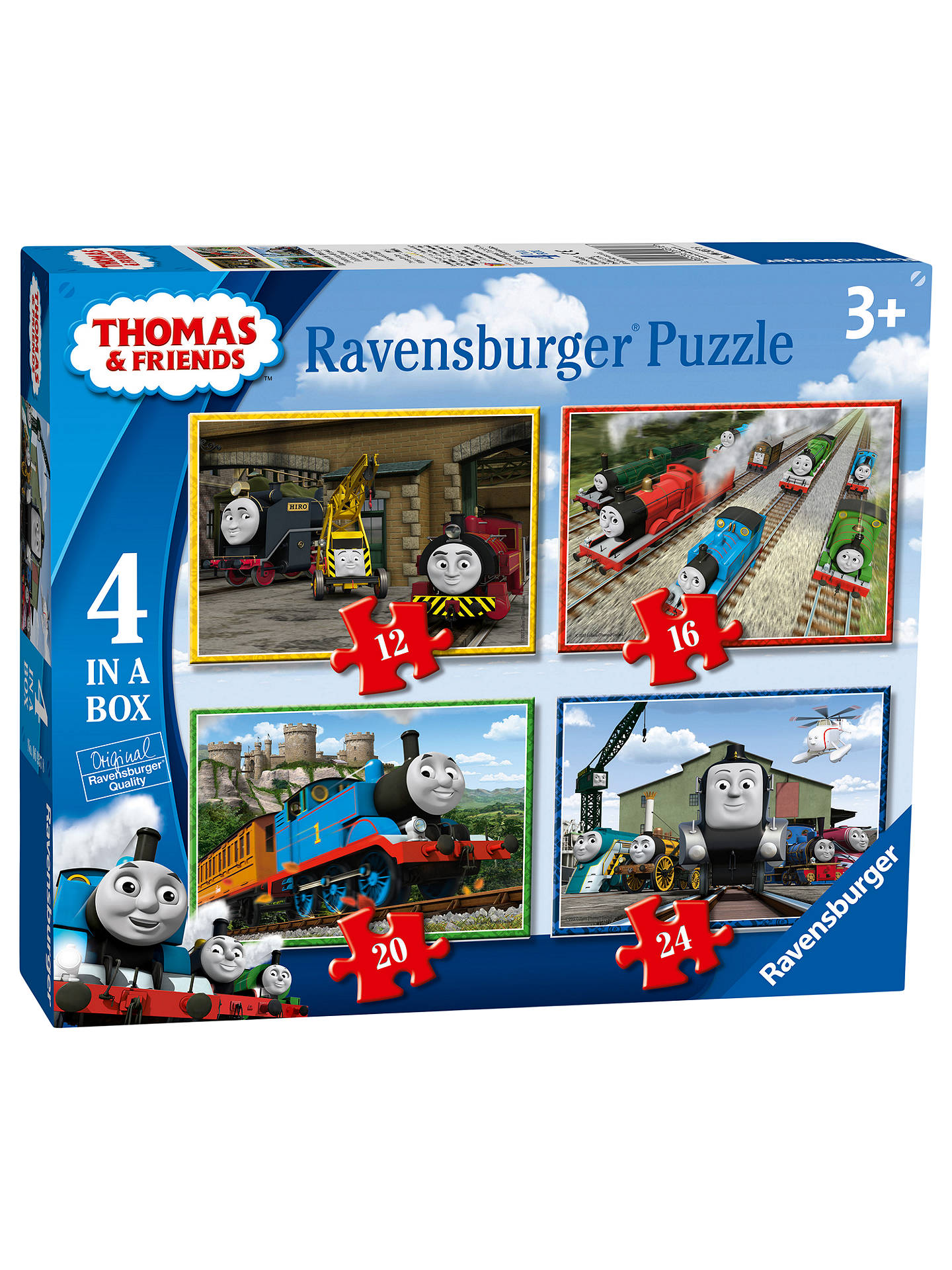 Take a trip through Sodor with Thomas & Friends with this set of four puzzles from Ravensburger.

Join Thomas, Annie and Clarabel by the Ulfstead castle, or why not race with Emily, James, Percy, Gordon, Toby, Henry, Edward and Thomas on the tracks? You can also meet Hiro, Kevin and Victor at the Steamworks, or piece together Cranky, Connor, Rocket, Spencer, Millie, Caitlin and Harold as they rest in the docks.

From his initial introduction in The Railway Book Series by Reverend Wilbert Awdry, the much-loved blue tank engine has been delighting little ones ever since. Appearing on our screens for the first time in 1984 in which the character was brought to life in a TV series, the highly excitable Thomas became a worldwide success.

Based on the E2 class steam locomotive, Thomas the Tank Engine has been made into pull along toys and train sets so that little ones can have a little choo-choo adventure of their own.