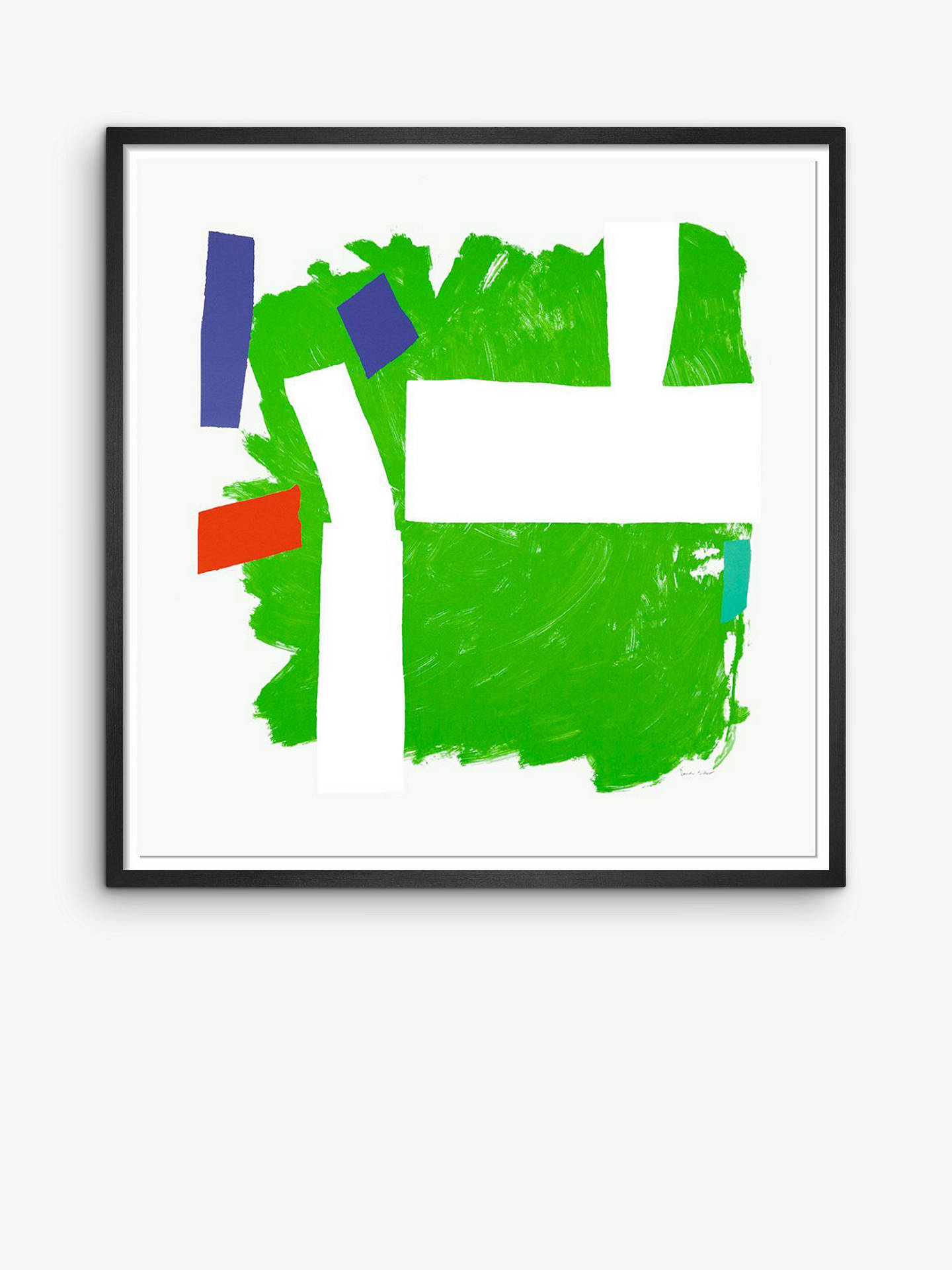 A reproduction print of Sandra Blow's 1991-92 work 'Split Second (Green)', carefully colour-matched to the original painting with approval by the Royal Academy of Arts and the Sandra Blow estate. Typically large in scale, Sandra Blow's work is filled with expressive, geometric shapes, creating a feeling of expansiveness, as illustrated in the size of this reproduction.

Printed in the UK on 300gsm thickness textured paper, the giclee print is presented behind an acrylic front, float-mounted in a recessed frame made of hand-stained ash wood. It's ready to wall-mount with fittings at the back of the frame.

Sandra Blow was born in London in 1925 and entered Saint Martin’s School of Art, London in 1940. Shortly after the Second World War, she studied at the Royal Academy Schools and in 1947 lived in Italy for a year, where she met Alberto Burri. Burri was a significant influence on her work for the rest of her career. Blow was at the forefront of the Abstract Art movement in Britain during the 1950s. She won the Guggenheim International Award in 1960 and was awarded second prize at the third John Moores Exhibition at the Walker Art Gallery in 1961. In the same year, she began a 14-year period of teaching at the Royal College of Art. She moved to St Ives, Cornwall during the mid-1990s, but continued to fulfil her obligations as a Royal Academician, participating in every Royal Academy Summer Exhibition at Burlington House, London, until her death in 2006.

Have you thought about wall hooks and fittings?