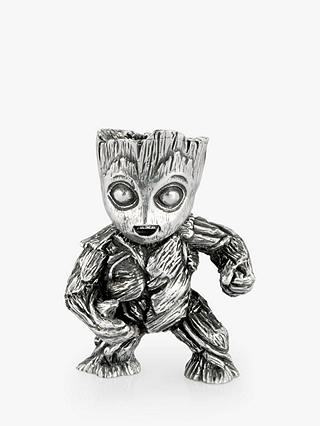 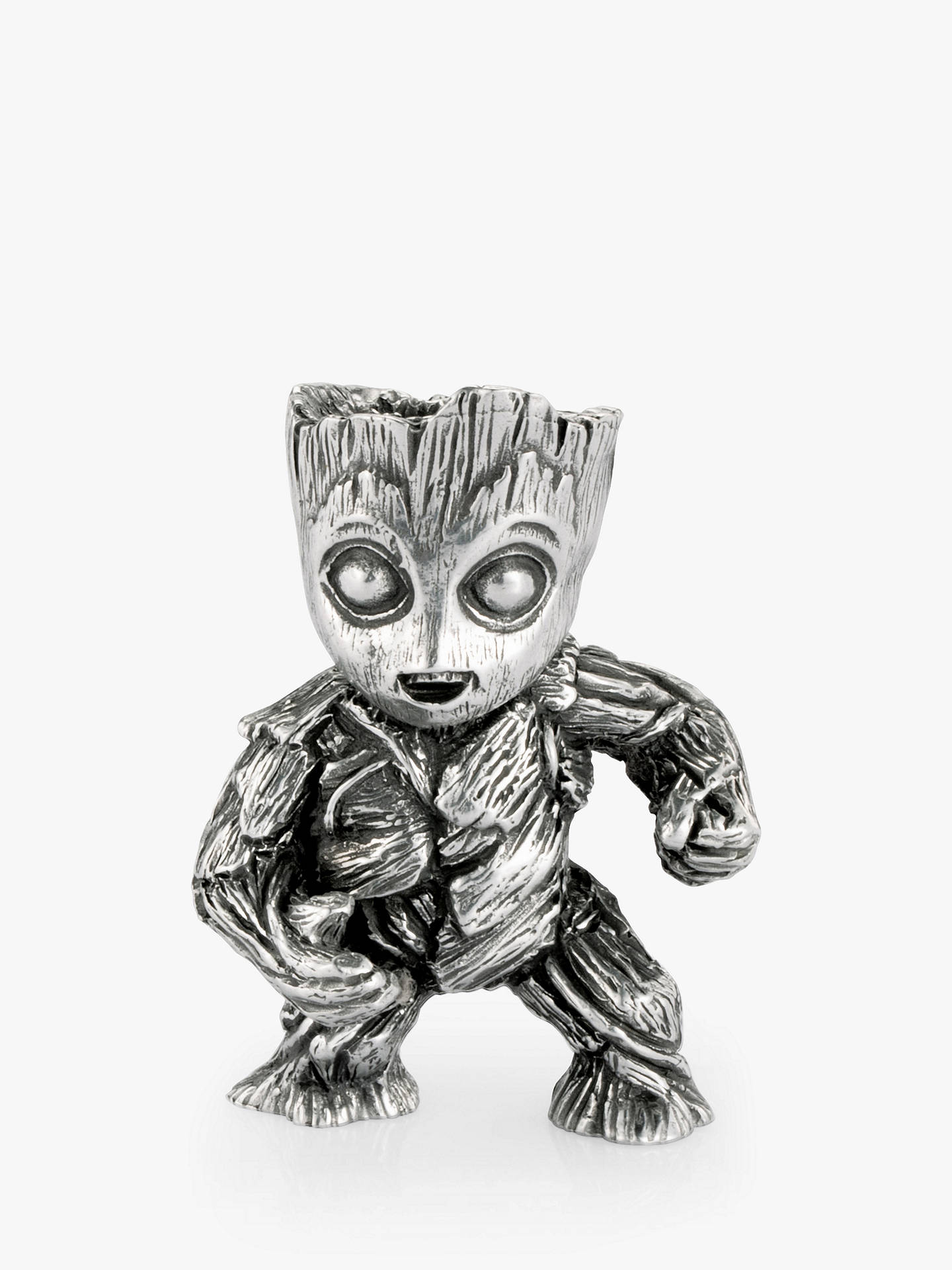 As a Guardian of the Galaxy Groot is more than capable of guarding your home. He's part of the Royal Selangor Marvel Comics collection and made in their signature polished pewter.

Pewter is almost maintenance free as it does not react with the air to oxidise or tarnish. It can attract dust and dirt, but all that is required is an occasional wipe with a damp cloth. Over time and with use, pewter develops a pleasing and subdued patina unique to the metal which is part of the beauty of investing in this material.