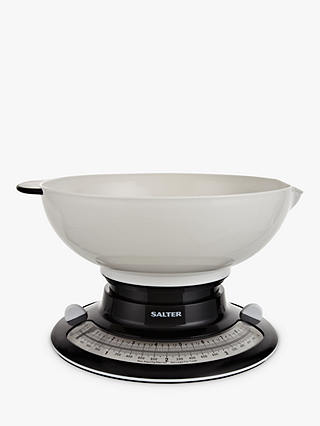 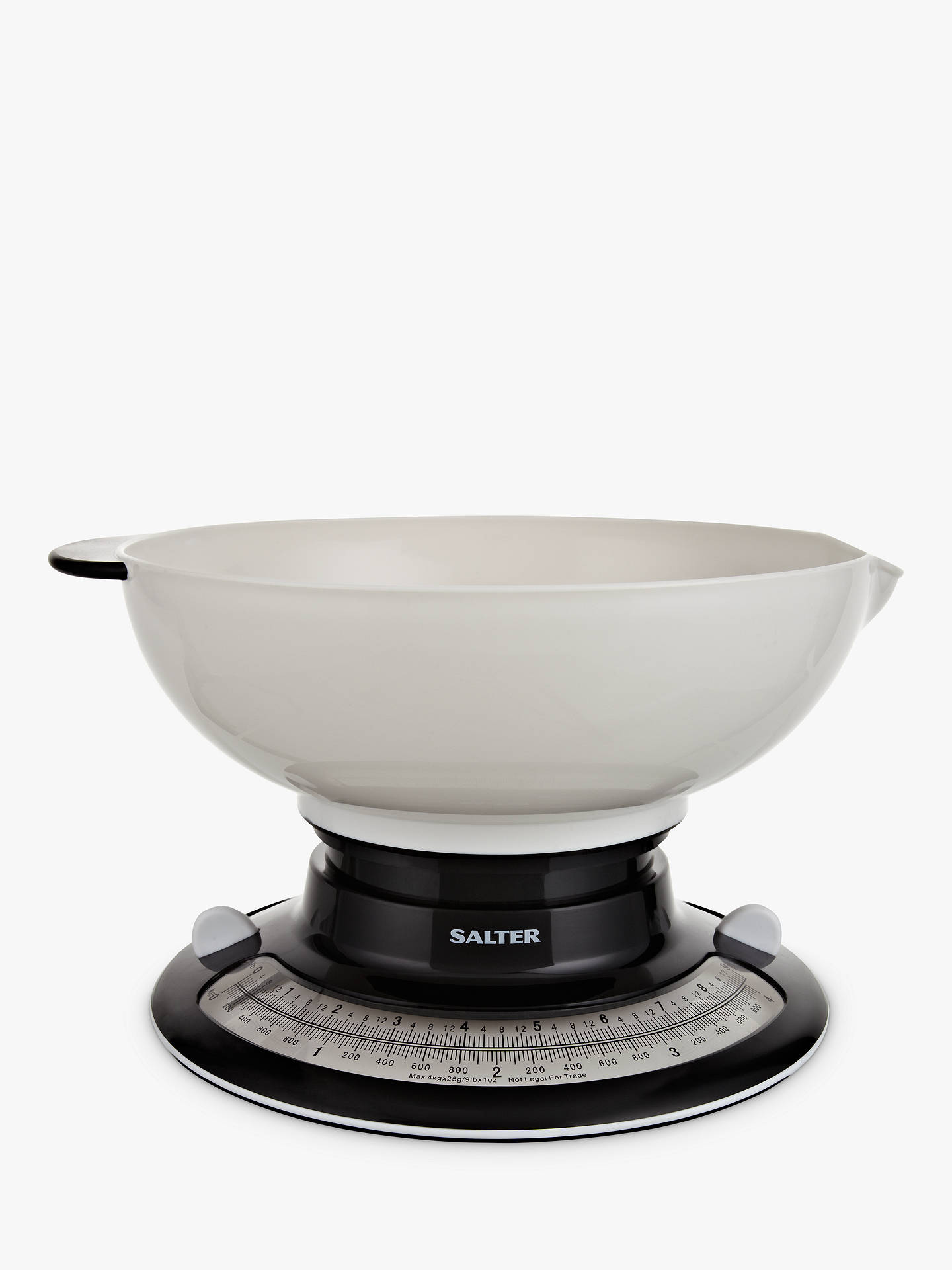 With a large, 1.6 litre bowl, this mechanical, Aqua Weigh scale is the perfect baking companion. The bowl has a pour scoop and a rubber non-slip base which overturns to fit over the scale for convenient storage. The Aqua Weigh feature includes a rotating twin dial which allows you to easily switch from solid to liquid measuring. An add and weigh function also enables different foods to be weighed in succession by adjusting the pointer to zero between each measurement.

Back in the late 1760s in the village of Bilston, England, Richard Salter, a spring maker, began making 'pocket steelyards', which resemble a fisherman's weighing scale. By 1825 his nephew George had taken over the company and later established a large, well-equipped manufacturing site in nearby West Bromwich. From here the company produced a wide variety of scales including the UK'S first bathroom scale. The range expanded to irons, mincers, potato chippers, coin-operated machines and another 'first' for the UK: the typewriter. The thriving business eventually became Salter Housewares Ltd, based in Kent, and remains a market leader in the UK and other countries when it comes to personal and kitchen scales.