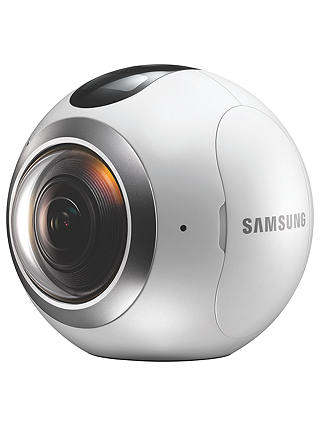 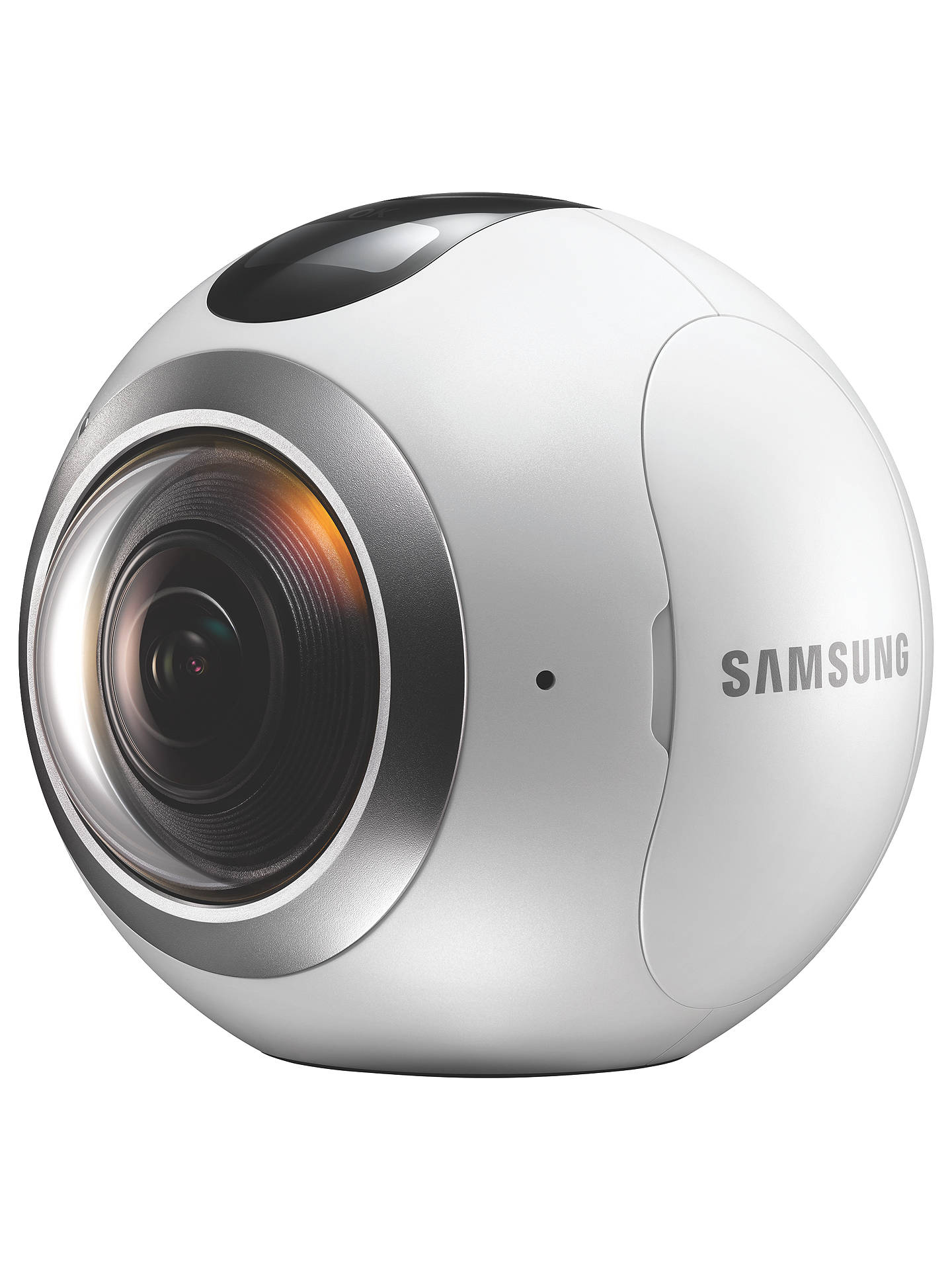 Capture life in amongst the action in amazing 360° perspective with Samsung’s Gear 360 camera. Designed to work with the brand’s other devices, relive the action on your Galaxy smart phone and the Gear VR Virtual Reality Headset for the total immersive experience. It’s easy to share your 360° movies and photos with built-in Bluetooth, NFC and Wi-Fi, and with compact design and a rugged build, you can have the Gear 360 filming at the heart of your adventures, anywhere.

Awesome 360° View
The Gear 360 uses two Bright F2.0 lenses, front and rear, which each capture 180 degrees horizontally and vertically, creating a seamless 360° field of view in amazing clarity. And if you want a more conventional shot, you can still use one of the cameras on its own for a wide-angle video or still image.

High Resolution
Armed with two CMOS sensors, videos are shot in stunning 3840 x 1920 high resolution (very nearly 4K UHD), so your movies will be incredibly detailed. And, at 25.9 megapixels, still photos are vivid and super-sharp.

Seamless Connection
Working seamlessly with your Galaxy smart phone, connect by Bluetooth and use Wi-Fi Direct to transform the phone’s screen into a remote viewfinder, and to easily transfer your finished files.

Built to go Anywhere
Compact and portable, just slip the Gear 360 into your bag and it’s ready to go. Dust and splash resistant, it’s built for the outdoor life, so you can take it with you and record your adventures like never before.