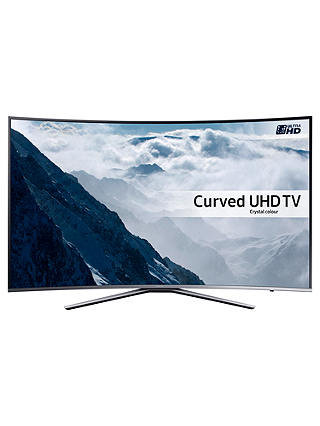 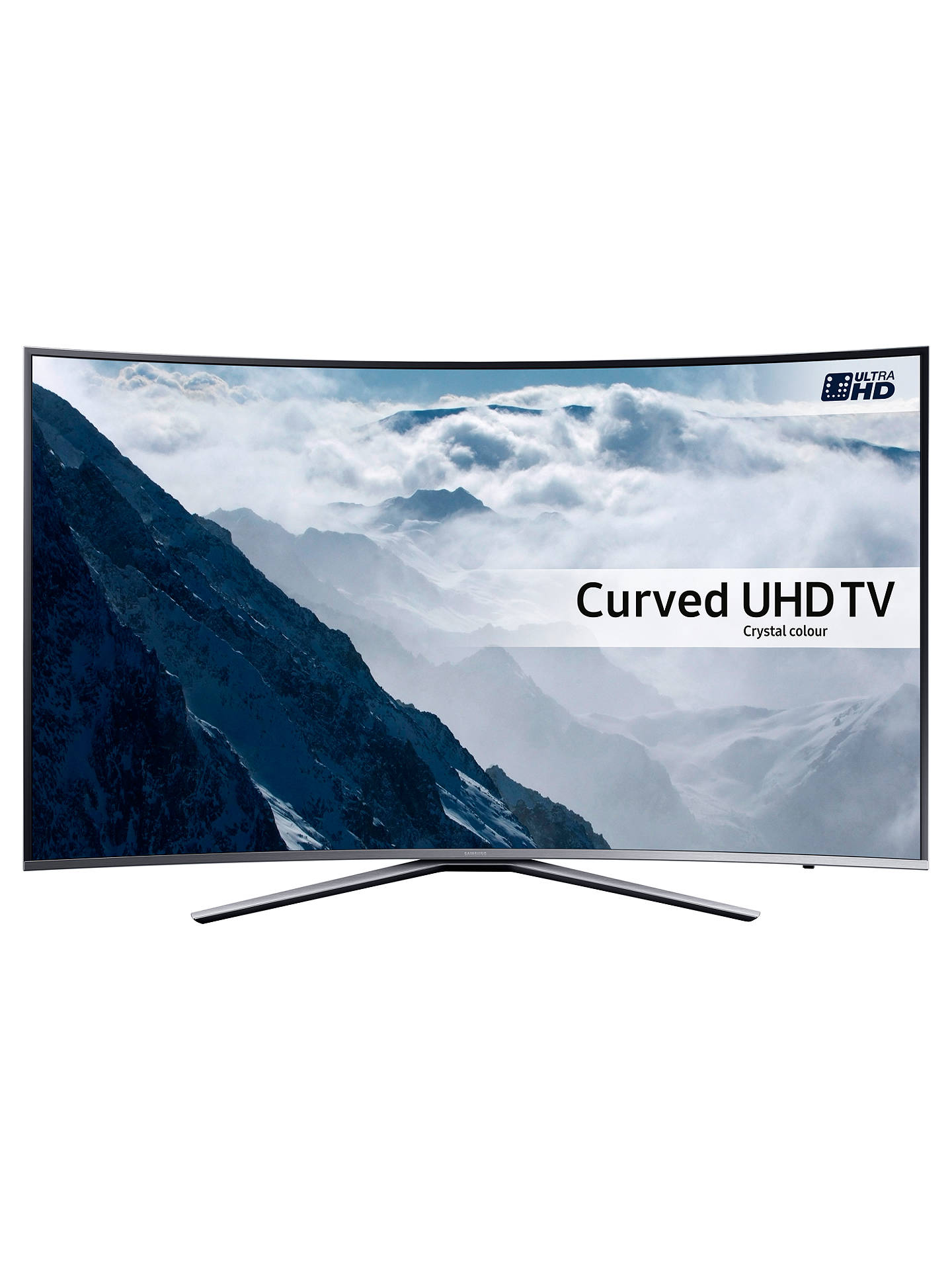 Bright, colourful and beautiful, Samsung’s KU6500 is a marvel of home entertainment. This 4K set’s HDR Pro blends with the brand’s Active Crystal Colour technology to add immense gloss to your content. Top that with the hyper-immersive curved screen and cutting-edge SmartThings home control and you have the complete package.

Active Crystal Colour HDR
Forays into colour-boosting High Dynamic Range (HDR) have begun, and Samsung are one of the forerunners. As members of the newly-founded UHD Alliance, they've engineered HDR lifted by their Active Crystal Colour technology. This tech delivers over 17 million colours and a 13% wider colour space than conventional UHD. This makes the shades sharper, the image deeper and the colours all-the-more eye-popping.

Awesome 4K Upscaling
The KU6500's Ultra HD screen offers a dramatically enhanced viewing experience. With four times the pixels of Full HD, you’ll be able to see every single detail in 4K – no matter what resolution the content is. This is with thanks to Samsung’s innovative upscaling technology which converts lower resolution content, such as live TV, to a level of detail which is near UHD quality. Upscaling is a process through which a lower resolution signal or data source is displayed at a higher resolution. The upscaling process interpolates additional pixels from the source data, and produces a clearer picture on your 4K screen than a non-upscaled image.

Immersive Curve
This curved screen wraps around your eye-line for an immersive viewing experience. Improving the viewing angle, reflecting less glare from windows and displaying a stunning edge-to-edge picture, this curved television will bring out the very best in your favourite games, movies and programmes.

Stunning Ultra Clear Panel Contrast
This panel has an anti-reflective coating that reduces glare to give inkier blacks and pop-out colours. It ensures that the top-line tech that’s gone into the screen won’t be washed out by ambient light, giving you the best experience possible.

Samsung Smart Hub
Now faster with further ultra-high definition streaming, catch-up and games services, is the new Smart Hub platform. This is quick and easy platform marks a massive step forward for the connected home. Access the latest apps to experience the best UHD content from Netflix and Amazon, with more providers coming soon*. You can even browse content easily, searching for your favourite programmes and movies while you are still watching TV. Powering the seamless interaction is the powerful Quad Core processor which significantly boosts performance with faster access to Smart features. Enjoy super-fast response times, as you use and toggle between apps, online services and live TV with ease.

Control Your Connected Home
Developed alongside SmartThings, Samsung’s SUHD TV has built-in tech to let you do anything from switching on your lights to locking your doors. It can connect to over 200 SmartThings compatible devices and put your home under complete wireless control – all from your TV**. This way, you’ll be able to set the right scene in your living room without getting off the sofa.

Perfect partners
With TVs getting slimmer and built-in speakers getting smaller, choosing the right sound system is more important than ever. Soundbars enhance your TV’s sound quality and add that extra audio punch to all your movies, games and TV programmes. More affordable and easier to set up than a full size speaker system, they don’t compromise on quality either.
Take a look at our full range of soundbars.

Don't forget...
If you want to connect your TV to a blu-ray player, games console, soundbar or soundbase then you'll need a HDMI cable.
View our collection of cables & connections

And if you’re looking to elevate your viewing experience with cable management, then why not take a look at our wall mounts and TV stands.

*Please note: A Smart TV is a platform that can run 3rd party Apps. 3rd party content providers may remove Apps from the Smart TV platform or stop supporting them at any time, and we cannot guarantee an App’s availability. When new Smart TV products are launched, there may also be a delay before certain Apps become available. Availability of Apps is not included within the terms of the manufacturer’s warranty, or the John Lewis 2-year Guarantee for audio visual products, or the 5-year Guarantee for TVs.

Delivery information:If you buy a sound bar or DVD/Blu-ray player along with this TV, please note that they'll be delivered separately.

top-of-the-range 4K resolution has never been so accessible.

Internet enabled devices allow you access to a wealth of online content through Wi-Fi, dongle or Ethernet connection.

YES
New In
New In
Number of tuners

These are built-in the TV to access digital television channels, radio stations or even HD channels at no extra cost

Determines the interface you see on screen and the types of programmes you can run.

Amount used when on standby, based on EU regulations

The number of times the screen is refreshed per second - a higher number can result in a smoother image. Please note, manufacturers may use their own measurements for refresh rate, so these may not always be comparable.

Connects to the home Wi-Fi to access apps including BBC iPlayer, stream from services such as Netflix and browse websites

The angle from which the display is clearly visible with no loss of image quality. Higher figure will ensure more people seated around the display will be able to view it clearly

4K Ultra HD | also referred to as 4K and UHD, delivers four times the pixels of a Full HD screen to display unprecedented picture clarity and detail, even close up

4K Upscaling | boosts standard definition and high definition content to a near 4K ultra-high definition picture quality. Upscaling is a process through which a lower resolution signal or data source is displayed at a higher resolution. The upscaling process interpolates additional pixels from the source data, and produces a clearer picture on your 4K screen than a non-upscaled image.

LED | LED-backlit TVs feature hundreds of small LEDs (light emitting diodes) to create a thin, light weight and energy efficient TV. This is perhaps the most common screen type on the market

Smart TV | streams online content through your home network to bring you access to digital content such as On Demand, and streaming services from the internet such as apps

Wi-Fi | allows TVs, smartphones, computers and other devices to connect to the internet and communicate wirelessly

DLNA (Digital Living Network Alliance) | comprises consumer electronics manufacturers who have created an industry-wide standard to enable devices to share media, such as videos and photos, over a home network

WebOS | an operating system for LG's Smart TVs which features a multitasking interface, efficient response time, simple and intuitive setup with access to some of the best catch-up TV, movies, sport and music services