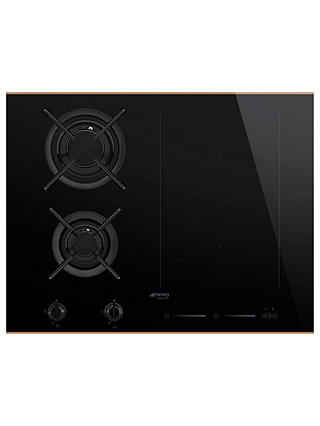 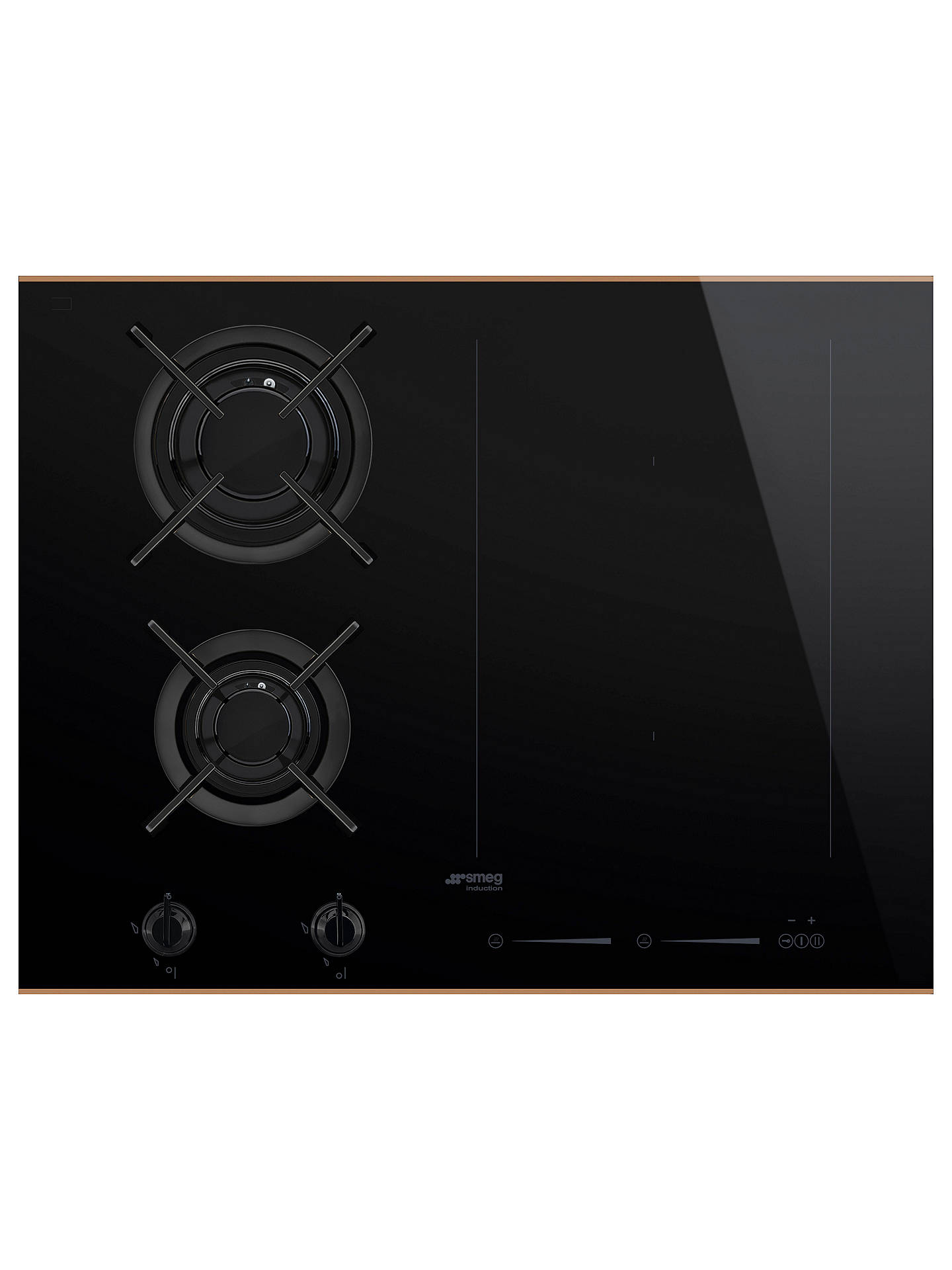 The PM6621WLDR mixed fuel hob from Smeg’s Dolce Stil Novo range combines the best of both induction and gas cooking to create a very versatile cooker. With two gas burners and 2 induction zones you’ll always have the right option to get the absolute best results no matter what you choose to cook.

The gas hob features 2 burners of 1.1kW and 3.1kW which are automatically ignited by the controls. The burners are encased by good-looking and very durable cast iron pan supports, and both feature flame failure safety devices.

The induction side of the cooker features two induction zones with slider touch controls, and residual heat indicators. They have quick level selection, simmering function, melting/low temperature function, and a keep warm setting. There is also power boost for when you are in a hurry and the two zones can be combined with a bridge zone.

Set in eclipse black glass with copper trim the induction hob also features automatic pan recognition, whereby the cooker detects what pan has been placed on hob and automatically adjusts to its size. Other features include overheating and overflow protection system, protection against accidental start up, an end of cooking acoustic alarm and an automatic safety cut out.

Please note: there should be a minimum height clearance of 75cm between a gas hob and the cooker hood above it.

The size of the hole needed for the appliance to fit. May be slightly larger than the physical dimensions of the item to allow for pipes, cables, ventilation etc.

The rate of gas consumed by the appliance