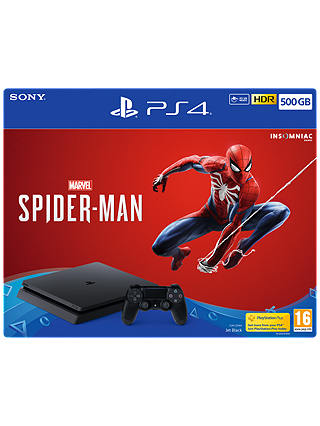 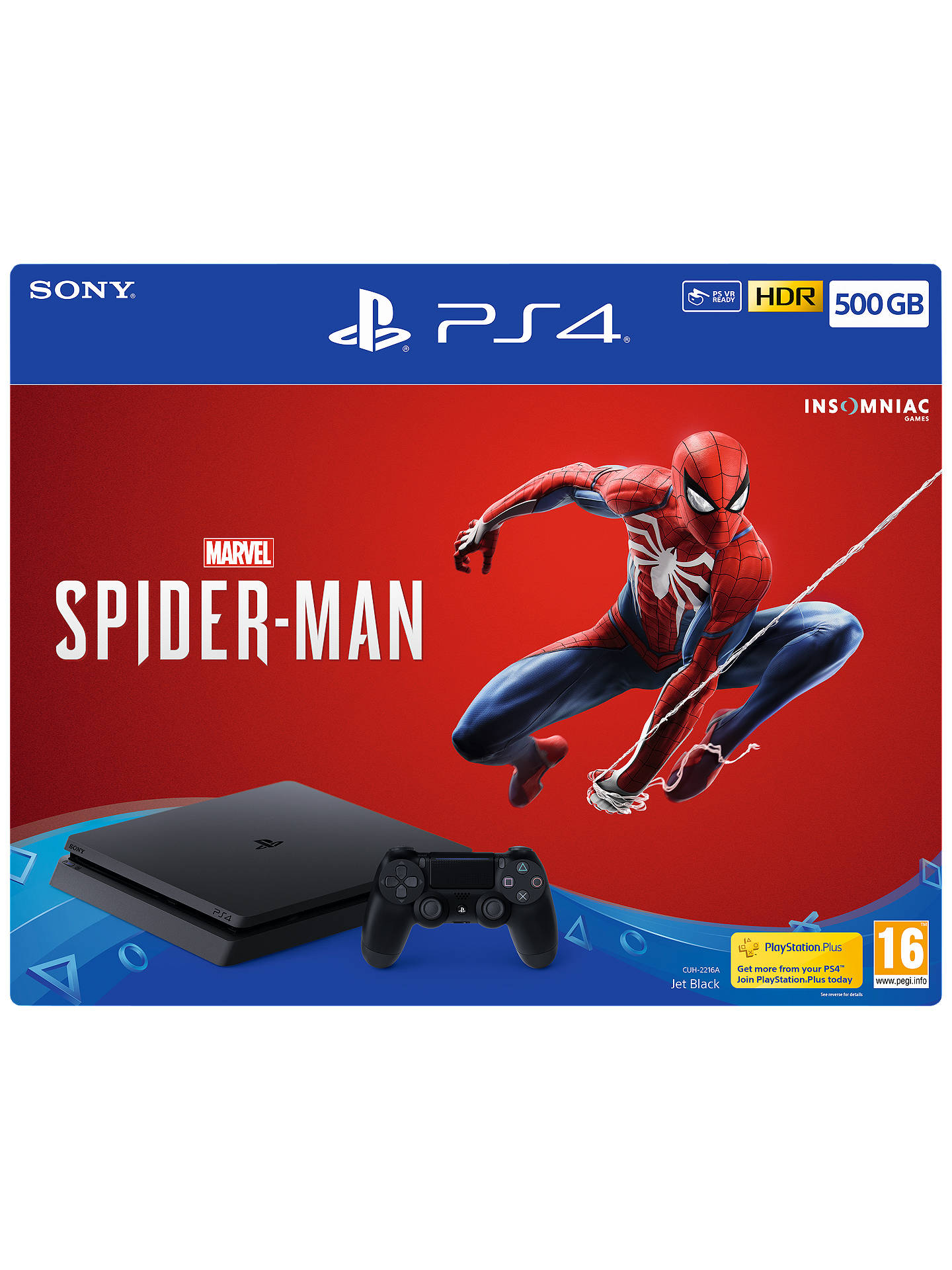 This spectacular bundle includes: Sony PlayStation 4 Slim, 500GB console with DUALSHOCK 4 controller – both in black and a copy of Marvel’s Spider-Man game on Blu-ray.

PS4 Slim Console
Adding HDR, a slimmer body and a new-look controller, Sony’s powerful Playstation 4 has become even more spectacular. Once you plug in this slick console, you’ll get immersive gaming at rapid speeds and with unprecedented visuals. Together with the remastered DualShock 4 controller, cross-compatible PS4 games and wealth of social capabilities, this is a behemoth of modern gaming.

Stunning Design
Cut down on bulk with the console’s super-slim design. Thin, sleek and stylishly-reimagined, this Playstation 4 will be a joy to look at on your AV shelf.


Marvel’s Spider-Man
Although the world might have mocked Peter Parker, the once-timid teenager, it now marvels at the awesome sight of Spider-Man! Yes, everyone’s favourite wall-crawler has matured and perfected his superhero skills and now you get to experience all the fun in this vast open world, action adventure game.

Spider-sense time
Take on many classic villains such as: Scorpion, The Vulture, Electro, Rhino and The Kingpin as you help to save New York City (that’s packed full of Avengers Easter Eggs), as well as help Peter cope with life’s daily struggles with family, loved ones and friends, such as MJ (who might just surprise you) and some nerdy kid called… Miles Morales!

No microtransactions
Although this game provides various outfits (with differing abilities) for Spidey, Insomniac Games, unlike some game publishers, have wisely chosen not to include any microtransactions in Marvel’s Spider-Man. (With great power there must also come… you know the rest.)