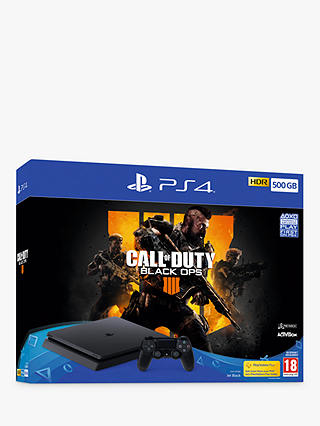 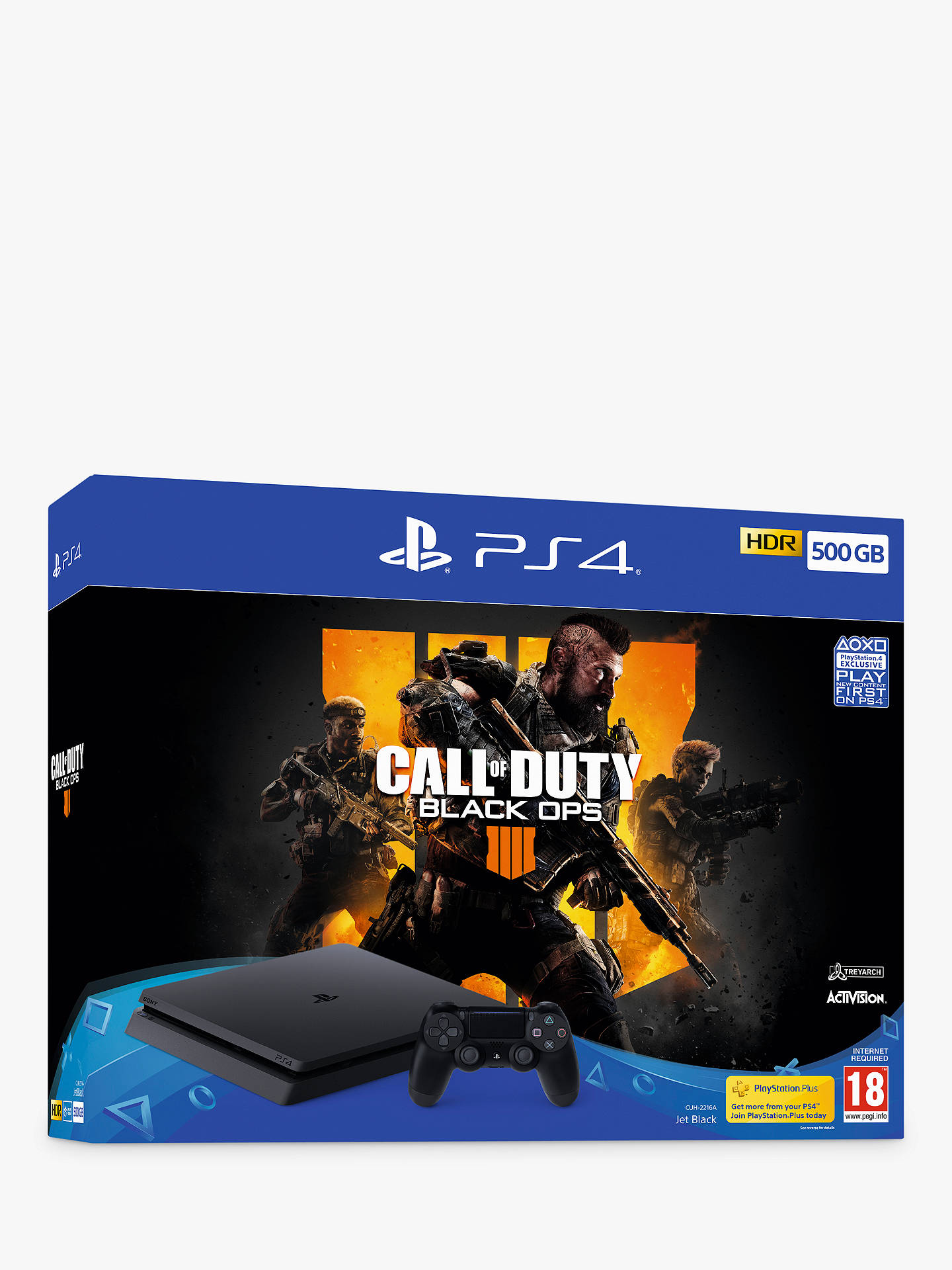 PlayStation 4
Adding HDR, a slimmer body and a new-look controller, Sony’s powerful PS4 has become even more spectacular. Once you plug in this slick console, you’ll get immersive gaming at rapid speeds and with unprecedented visuals. Together with the remastered DualShock 4 controller, cross-compatible PS4 games and wealth of social capabilities, this is a behemoth of modern gaming.

Multiplayer mode has had a tweak or two as well – there’s no more auto health regeneration, so you’re going to have to change the way you play to survive and win.

Blackout is COD’s new Battle Royale mode, featuring land, sea, and air vehicles for use and scattered ammo and equipment to loot and scavenge. Based on a colossal map that features locations inspired by fan-favourites, such as Nuketown and Firing Range, up to 100 players can fight it out to see who’s the last one standing and be the Blackout champion.

Zombie fans are in luck as COD: Black Ops 4 comes with zombie maps included, such as RMS Titanic, Ancient Rome and Alcatraz Federal Penitentiary. Custom Mutations allow the player to tweak over 100 variables, like difficulty, zombie speed, health and damage.