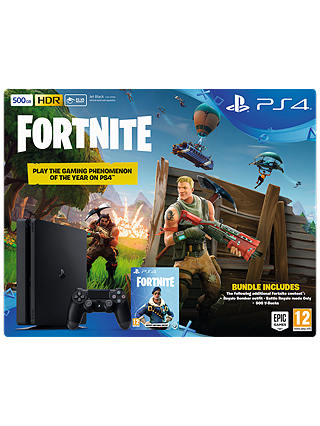 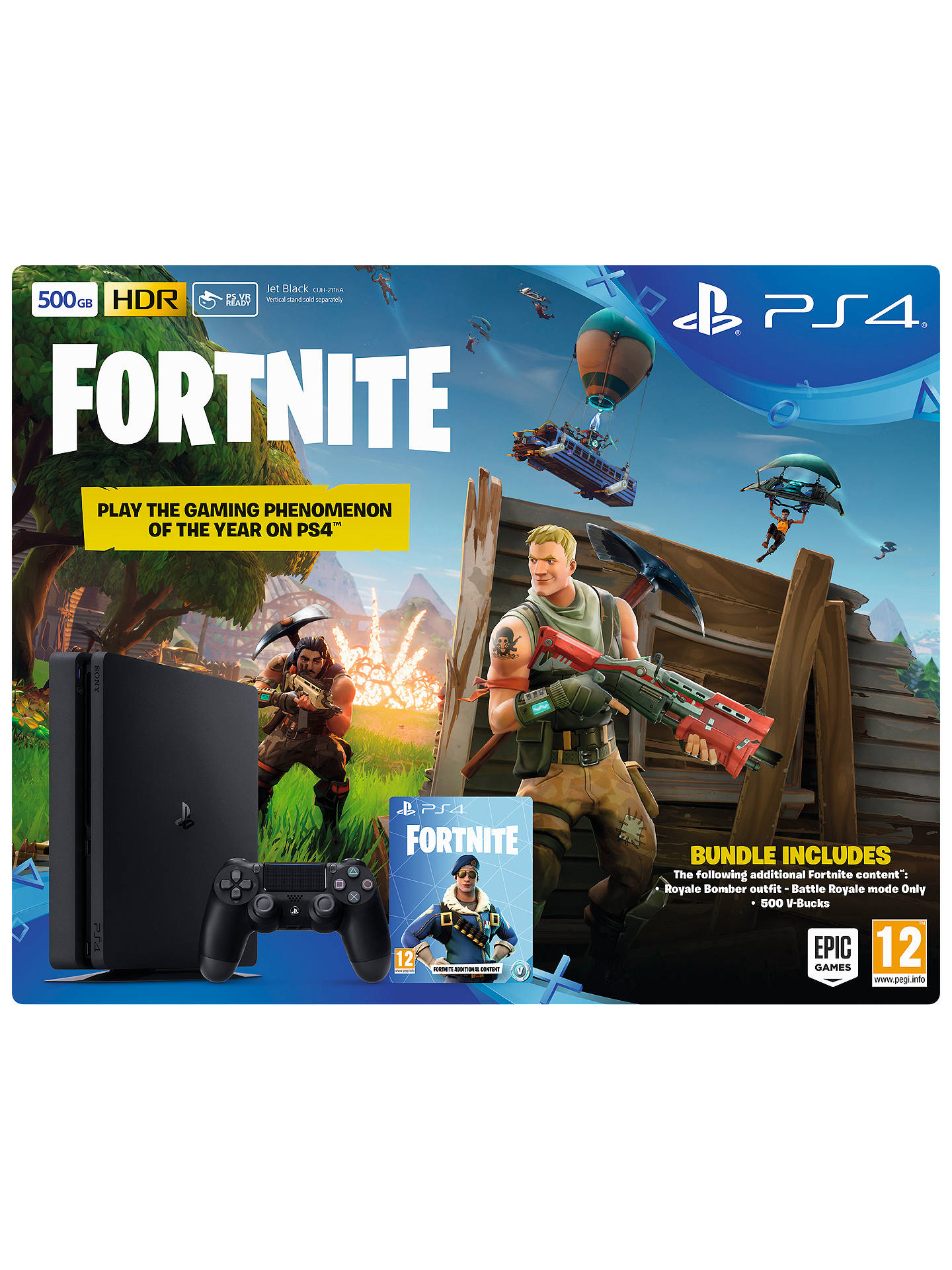 PlayStation 4 Console
Adding HDR, a slimmer body and a new-look controller, Sony’s powerful Playstation 4 has become even more spectacular. Once you plug in this slick console, you’ll get immersive gaming at rapid speeds and with unprecedented visuals. Together with the remastered DualShock 4 controller, cross-compatible PS4 games and wealth of social capabilities, this is a behemoth of modern gaming.


Fortnite
Fortnight, a cartoonish, co-op, sandbox survival game that’s a cross between Minecraft and Left 4 Dead is set on contemporary Earth, where 98% of the population has vanished. Just when you think things can’t get worse, zombie-like creatures have started plummeting from the sky. There’s only one thing for it – get creative and start shooting!

Build fortifications, construct weapons and set traps – these tricks will help you survive and defeat the waves of enemy creatures.