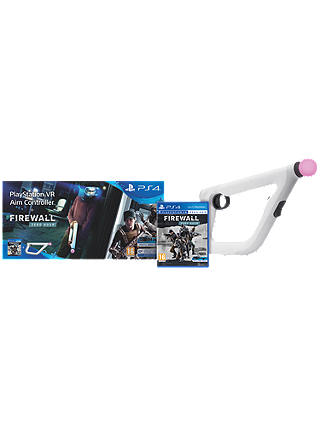 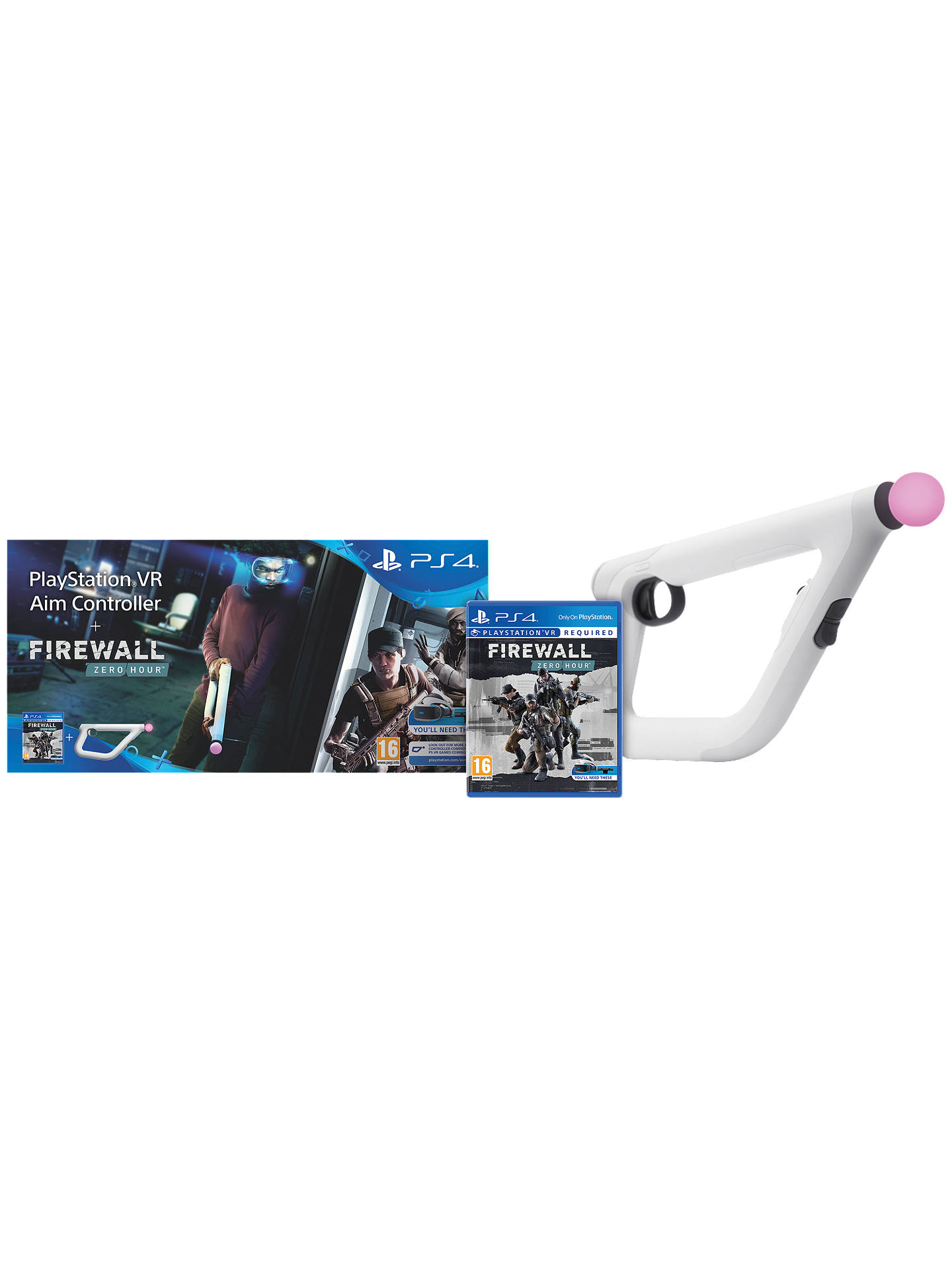 Aim controller
Use the aim controller to defend yourself with pinpoint accuracy. Your movement will be tracked by the integrated motion sensors and built-in light sphere that works with the PlayStation camera.

Firewall Zero Hour
You’ve been hired by anonymous contract handler to either protect or obtain data that’s housed on numerous laptops – there’s just one problem – they’re located in dangerous and exotic locations around the globe.

Be either the thieves or the defenders – all the while being guided by your contract handler, who acts as an ‘eye in the sky’, assisting you in each match by providing objectives and critical information along the way.

Reap the rewards of victory by upgrading or customising your kit or contractor. You can unlock new upgrades to gain greater tactical advantage to secure the objective.

A PlayStation VR headset is required to play this game.