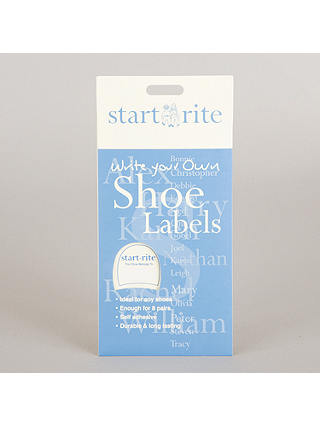 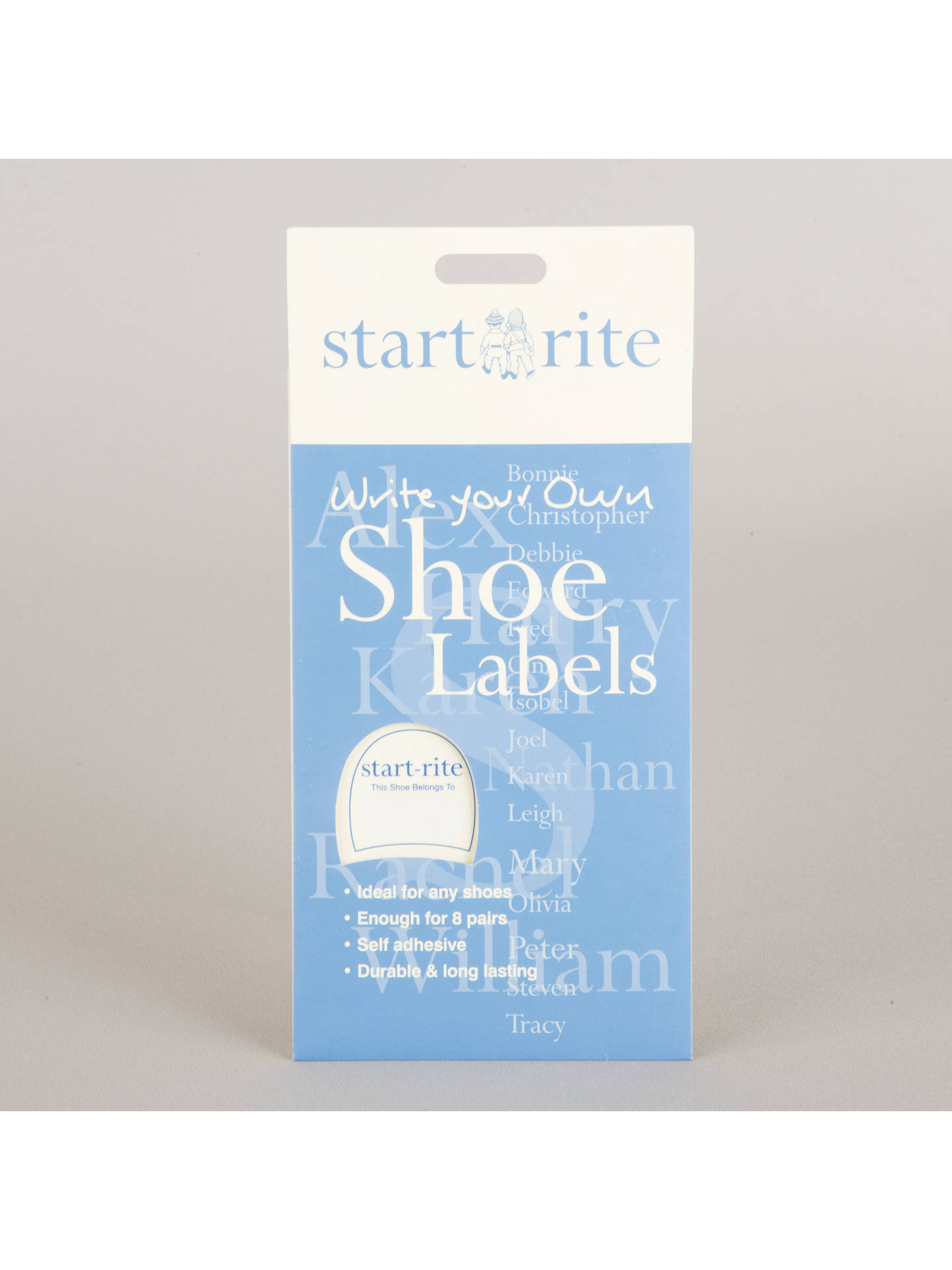 Make sure they come home wearing the right pair of shoes! Each pack includes enough labels for you to label 8 pairs of shoes. These self-adhesive shoe labels are suitable for any shoe.


Measure and Fit at Home:
Start-rite believe it's really important to measure a child's feet accurately before buying them every pair of shoes, as ill-fitting shoes can have a serious impact on your child's foot health. To be sure that your child is wearing shoes that fit properly, you can either visit one of the John Lewis stores, where trained staff will measure and fit your child with shoes, or if that's not convenient, use one of our specially developed fitting gauges to help you measure your child's feet at home.

Click here to find out how to measure using the gauges and to watch step by step videos of how to fit your child’s shoes.

Start-rite's history dates back to 18th century Norwich, where a leather worker called James Smith began offering the first ready-made, off the peg footwear. Following the First World War, the company began to produce footwear specially designed for children, which gave their unique feet room to grow. The name "Start-rite" was first used in the 1920s and the iconic twins logo was introduced a decade later. Start-rite began to focus primarily on children's shoes in 1952 and after extensive research they noted the need for shoes to be fitted by trained people, developed multiple width fittings and introduced their "heel stiffener" to help balance and growth. They received the Royal Warrant in 1955 after supplying the Windsor children with shoes. In recent years they have evolved to use two hundred years expertise to meet the needs and desires of today's children. More from Start-rite