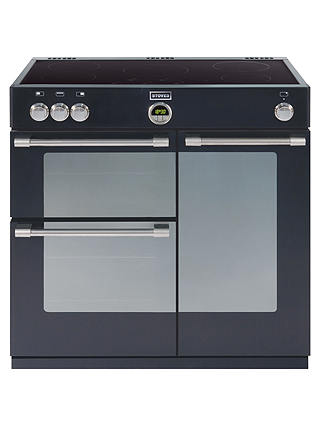 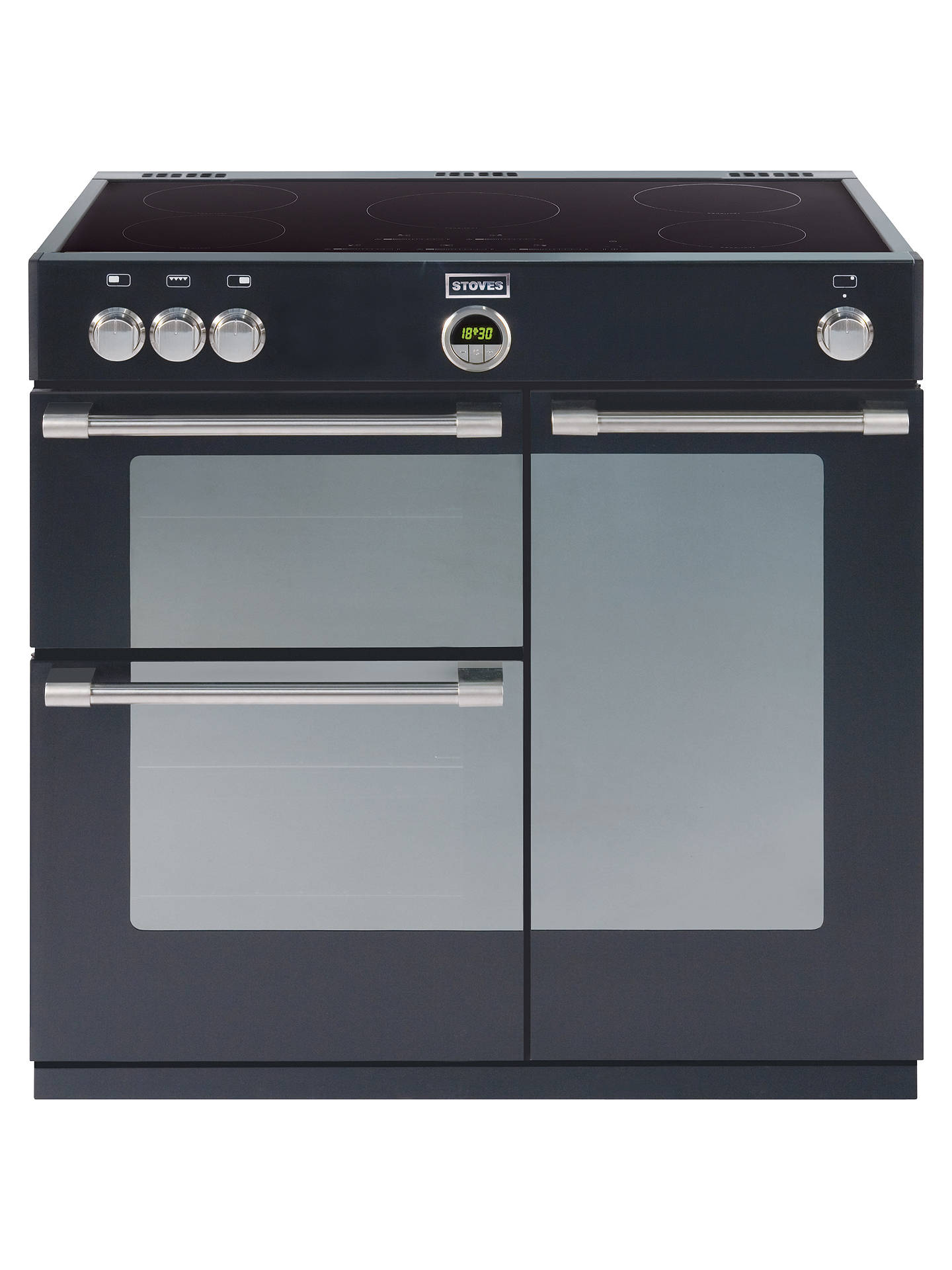 Please note: This product is not available in our shops for viewing. However, you can still place your order in store.

Featuring a powerful and ultra-responsive fully-induction hotplate with five-touch control induction zones as well as pan-sensitive convenience features, you can expect to have versatile control over your cooking.

Below the hob is a programmable multifunction main oven with integrated grill, a tall generously sized fanned second oven, and a dedicated grill compartment with dual zone variable element. With these varied cooking options, catering for friends and family will be trouble-free.

Lined with easy clean enamel, the oven cavities in this Stoves cooker provide effortless maintenance, as the lining resists cooked on food and spills for supremely easy cleaning.

Thanks to a fully programmable clock and timer on the main oven, you can have your dinner ready and waiting for you when you come home from work - simply set the timer and the oven comes on and goes off at the set times.

Thicker glass in your oven door means more heat is contained inside and keeps the exterior door surface cool to the touch.

Lets you see the food cooking

How much energy is used by the oven in fan mode

This product is not available in John Lewis branches

The number of separate oven cavities in the appliance. Note that the different cavities may have different size, configuration and features

How much energy is used by the oven in fan mode

From a small company in the heart of northern England to one of the largest manufacturers in Europe..

Throughout the 1920s and early '30s Stoves developed a reputation for manufacturing excellence, producing oil powered stoves and a range of camping stoves which remain popular with collectors today.

However, innovation really began with the arrival of new owners - Falk, Stadelmann & Co of Farringdon Road, London - who had built a reputation for themselves during wartime for manufacturing lighting, cooking and heating appliances.