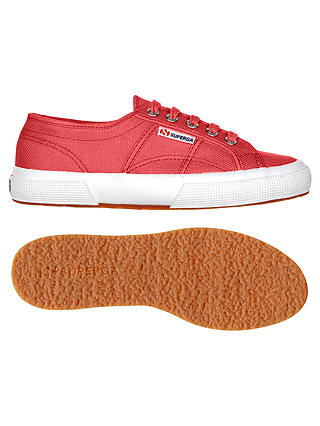 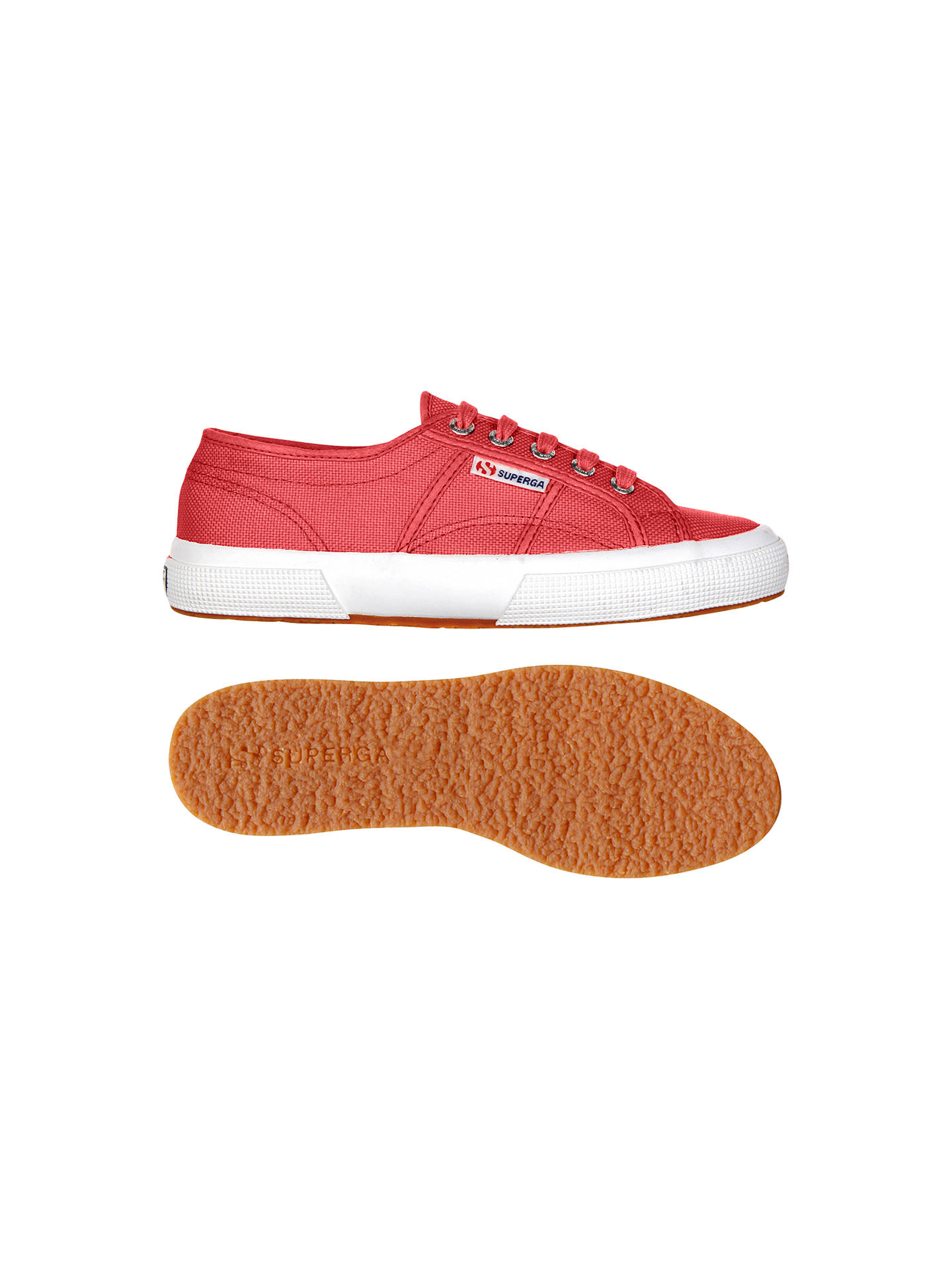 A lightweight, understated simple canvas tennis shoe with an extra strong, fully breathable pure cotton upper and vulcanised gum rubber sole and white sidewall. Completed with a Superga tab on the side and heel, as well as Superga embossed eyelets.
These have been in production since 1911 and they provide you with a style that you can genuinely dress up or dress down.

Superga was founded in 1911 in Turin Italy by Walter Martiny, the factory began to produce shoes with vulcanized rubber soles. It was here that the Classic Superga 2750 heritage style was born.

After closing during the war, the Superga factory reopened with a purpose to bring high quality footwear to the people of Italy. The 2750 became established as the people's shoe of Italy, and Superga increased its product line with technical sport shoes, rubber rain boots and a growing range of colours and styles.

The 2750 shoe has been an icon since the very beginning and has inspired flatforms and mid tops, been transformed for all weathers, and has collaborated with top names to bring you fresh new designs. The Superga shoe has no limits.