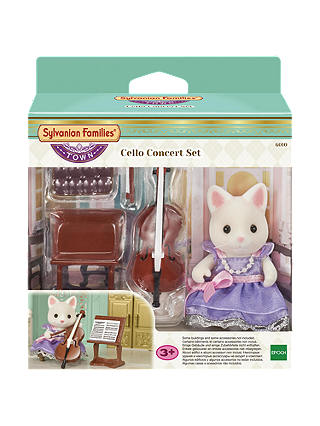 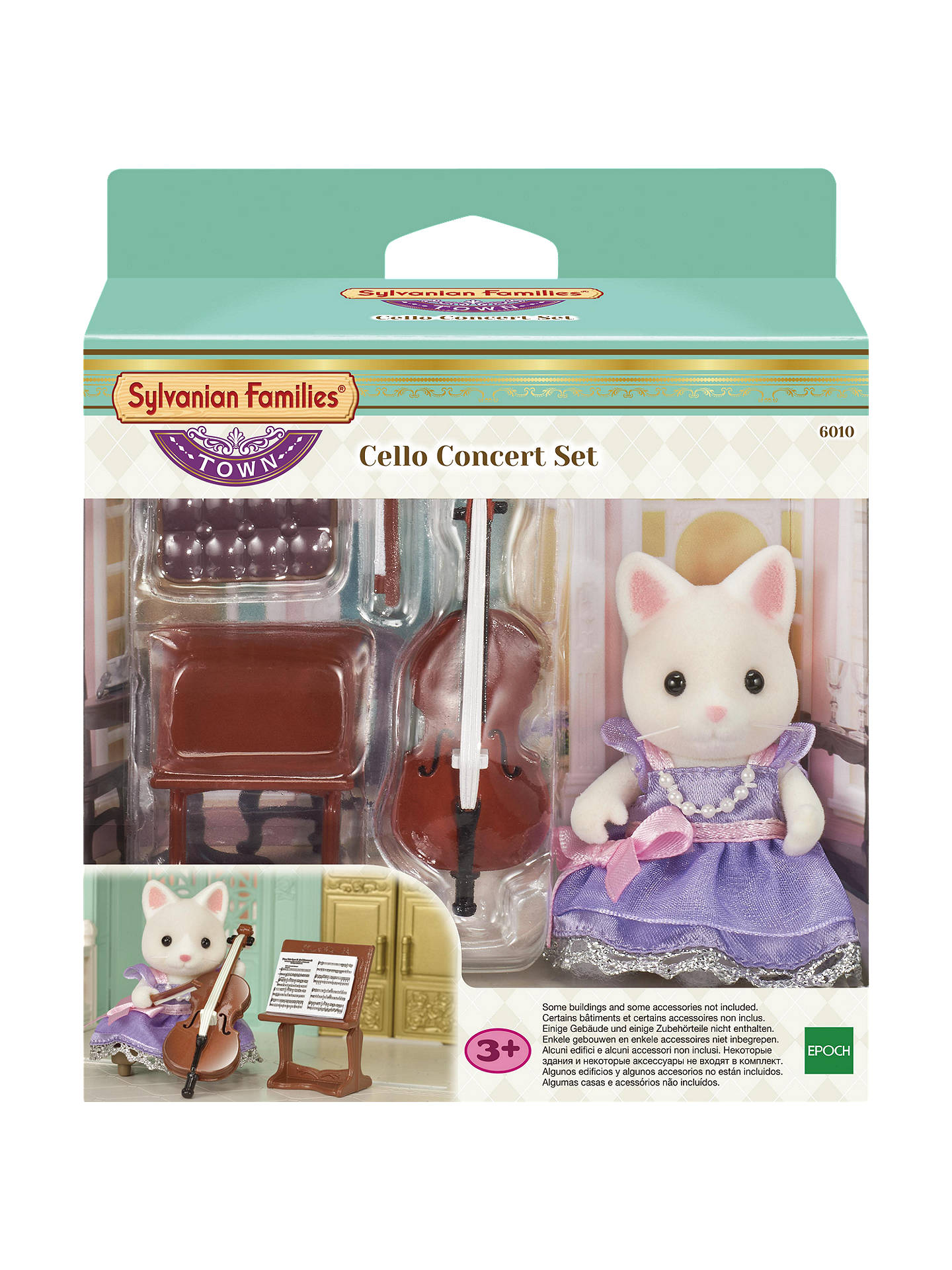 Add a musical element to your Sylvanian collection with the Sylvanian Families Cello Concert Set.

The Cello Concert Set is a figure and accessory set including Tiffany Golightly and her cello. The figure has special hands to hold the cello and bow.

A stool, score, and music stand are also included.

All characters are grouped into families, with the company starting out with woodland creatures, before expanding into more domestic animals such as cats and dogs, as well as obscure ones such as penguins and meerkats.

Their world is set in the 1970s era, with most families being of a rural lower-middle class. Many inhabitants own successful family businesses or have professions such as teachers and doctors.

They started production in 1985 and were released in Japan and North America only. However, by 1987, their success ensured them to travel overseas to Western Europe. By 1988 they were a runaway success, even having their own animated TV show.

The range did experience a slight dip in popularity come the end of the 1990s, being discontinued in the UK. But it was soon revived by Flair and in 2007, they celebrated their 20th anniversary with a bang.