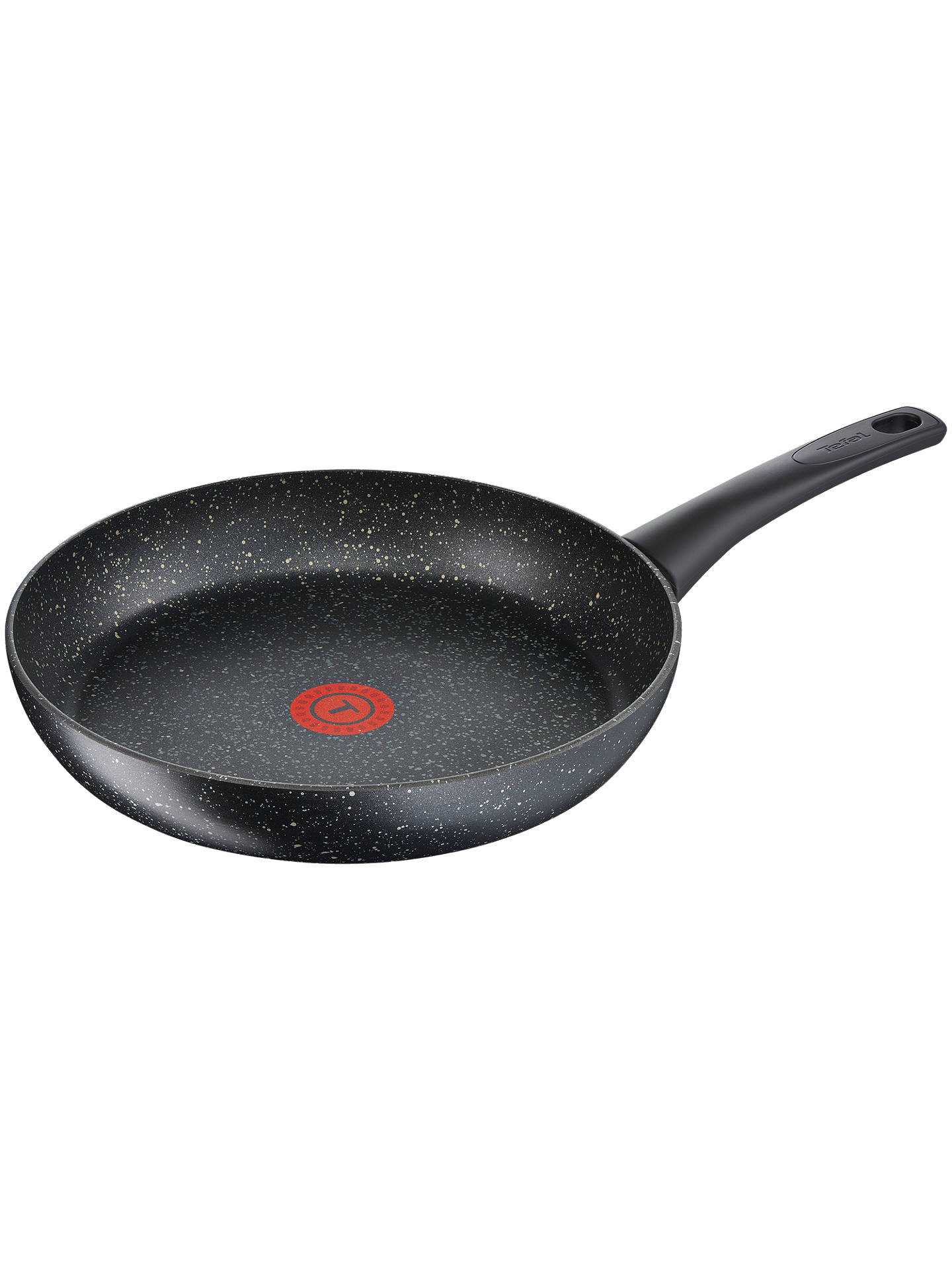 The Tefal Authentic stone-effect cookware range is made with an extra tough and long-lasting Titanium Mineralia+ non-stick coating. It's designed to last twice as long as Tefal's Titanium Force non-stick, to ensure robust durability and scratch resistance. Handles are ergonomic and soft to the touch so they're comfortable to hold. Pans in the range are oven safe up to 175°C for a maximum of one hour, which is handy when you need to free up hob space or keep meals warm in the oven.

The range features Tefal's unique Thermo-spot heat indicator, which changes colour to a solid red when the pan has reached the optimum cooking temperature. That reduces the risk of under or overheating and makes it easier to sear food at the right temperature.

Suitable for use on all hobs including induction, the pans have high sides to allow for a generous cooking space.