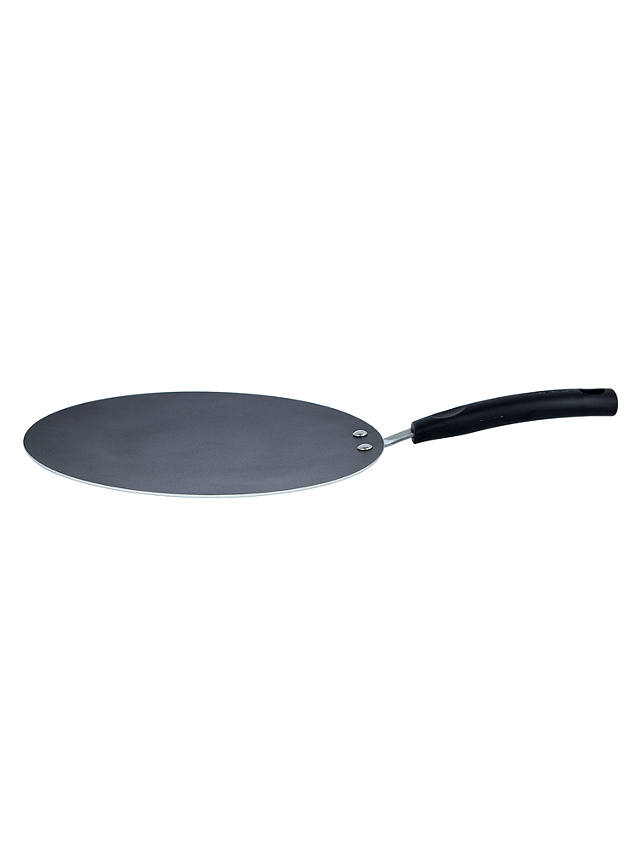 For perfect results every time when cooking authentic Indian meals, look no further than this chapati pan from Tefal.

This Chapati pan is non-stick which makes this pan very easy to clean. The bakelite handle is oven safe up to 175 degrees for up to 1 hour, so you can very easily cook your food on the hob and either keep it warm or finish it off in the oven. Dishwasher safe and suitable for all heat sources excluding induction.